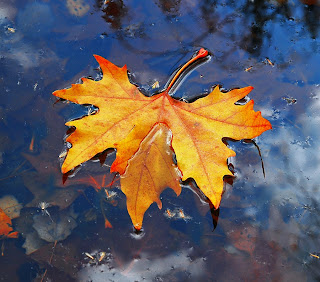 I have been practicing Earth-Centered spirituality since the late 70's-which means I've been around the block a few times. Not that I consider myself special or a fount of occult knowledge on the subject. My personal version of spirituality developed slowly and came from a diverse arena.
I am comfortable with my place in the Craft, and I am confident in my abilities because I know what works for me.

I'm spending the Spring and Summer reacquainting myself with the intrinsic simplicity I felt when I first came to the Craft. To be quite honest, there was a freedom and elegance to not exactly knowing what I was doing back then, and in finding my way. Working by instinct-and seeing the results-was exhilarating. Who knew the conventional wisdom behind the old saw of "Magic is everywhere" being literally true? I certainly didn't, because like most folks, I approach everything with a healthy portion of skepticism. I have to learn things from doing it myself. The first Truth I learned about being a witch is that the Craft is experiential. If I read about a method of achieving a goal with a particular spell, to me it's basically hearsay until I prove to myself that it will work. My personal experience with things  fuels my individual practice and spirituality.

During the next few months  I am able to hike and explore my surroundings in these mountains, I'll be more alert to view things through 'magickal eyes'. I will be receptive to Nature's cues like I was before I claimed any particular path.

Yesterday I watched a thunderstorm form and cross the mountains from my living room. ( I have a fabulous, unrestricted view of the mountains and surrounding valley, and the windows in the living room take up most of the wall, so when they are fully open, it's pretty much like being outside.) With the relative safety of enclosure- and because I have the greatest respect of lightening, having once seen it fry a beloved red maple into dry,cured fireplace wood in a matter of seconds-I could see and feel the energy of the storm without fear of endangerment.

My perspective placed me in a perfect place to open to the energy of the gathering storm. As the sky darkened to a yellowish grey, the atmosphere became dense. The changing barometric pressure was intense and dramatic as clouds condensed; the air cooled as moisture was wicked out of the ground. With the altitude at nearly 2,400 feet where I live, these changes are not only instantaneous, they are visceral. Watching two buzzards lazily gliding just ahead of the storm, I was visually able to trace the thermals they rode. The visualization was broken by the first roll of thunder, the shock wave so deep it seemed to shake the mountains with it's tympani. A bolt of lightening split the sky, back lighting clouds in pale, metallic pink and lavender.The electric charge of the lightening was palpable because it was close, I heard the shriek and sizzle of the next two or three as they bounced off the microwave towers on the other side of the mountain directly in front of me. (Truly, Nature has the very best light shows!) A gust of wind flipped the leaves over so their bottoms were facing the sky, and pushed a curtain of rain between me and the mountains. Micro bursts caused the curtain to ripple silver in some spots and sent huge drops of rain thrown the window screen: I allowed my face and hands to get reasonably wet this way. The air had a moist and earthy scent; the leaves and grass were shades of bright green. As quickly as it came on, the storm dissipated.

When I felt it was safe to go outside, I walked down to the creek/canal that runs through town. The water was high and churning; it was murky. The ducks were stirred and quacked excitedly-fingerling fish had been washed into the canal from further up the creek, darting out of 'harms way' from the hungry ducks. The creek carried the scent of the honeysuckle and laurels growing along it's banks. By then it was well after twilight, but the sky still reflected an eerie afterglow.

Back in my apartment, I set up my altar and cut several lengths of twine. Psychically, I put myself back into the storm, and with each crash of thunder and flash of lightening, I tied a knot in the twine, capturing the energy and power of the moment.When I finishing rerunning the course of the storm in my mind, I had several lengths of twine with knots tied in them that I will use by untying them during future spell casting when I need a burst of energy to help send the vibration and intention along.

This is the magick of the natural world, the simple form of the Craft that Scott Cunningham wrote about. Earth Power was the first real book of magick/witchcraft that I read as a 17 year old seeker desperately searching for the force I was driven to form a connection with for the rest of my life.

As a young solitary ( I didn't call myself solitary then; I had no notion such a thing existed) books were my first tools. Books opened the gateway, gave me clarity and helped me to form my understanding of Earth-centered spirituality. And even today, that is still what believe about them. Books provide the cues and information while participating in the process provides the necessary internalization of experience that gives life to the Craft and lights the Spirit within. It is also why I believe there are so few advanced practice books available concerning the Craft. The knowledge contained in the Craft is primarily experiential.

Having said that, let me go back and further define what I just said. Proficiency in the Art of the Craft comes from the study (and participation in) many areas which will later apply to our individual advancement: astrology,astronomy,ancient cultures and civilizations, history, mythology, folk lore, herbalism,botany and alternative medicine molarities, physics, geometry, psychology, comparative religion, art, music and dance...the list goes on. Witches must be perpetual students because knowledge of the world is unending and new discoveries are made everyday. We never know it all. (Those who do make claims of this are flat-out fools and we need to run far away in the opposite direction from them!) With so many choices of subjects, I find myself scoffing when I hear someone bemoaning the lack of 'advanced' books on the Craft. Thinking outside the box ( or is that 'the broom'?) reveals an infinite resource from which to draw when a witch feels the restless urge to seek knowledge.