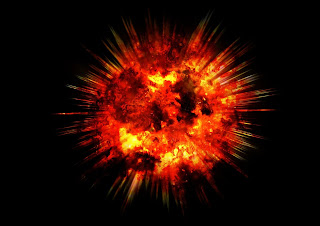 I am going to begin this post with a big old Charlie Brown sigh...
Are you as tired of the so-called witch wars on social media as I am? You know what I mean so-and-so perceives a slight or insult and posts their outrage on FB or elsewhere, and 50 people immediately jump in to comment. In other instances, it's someone boasting about their witchy abilities, or throwing shade at someone else because of something they said about them...again for an audience.

Occasionally, this type of scorched earth sniping is warranted, but by and far it's simply a battle of egos or a juvenile popularity contest that has gotten out of control.

More often than not, they begin as a disagreement between two BNP (Big Name Pagan, in case you don't know. The term has evolved to mean anyone with any kind of following, which degrades it. Just my thoughts on the subject.) Other times the kerfuffle starts as an argument between shop owners or two people of diverse paths who will give no currency to the other and galvanize  other members of the community into factions for support by openly challenging," If you like A or B, or attend their event, or belong to their FB page, you can't be my friend!" Therein loyalties must be formed for the sake of  ego stroking and numbers. author Patti Wiggington has a well written and thought out article on Witch Wars here:https://www.thoughtco.com/witch-wars-within-pagan-communities-2561820.
I have been around long enough to know these altercations are a natural part of any community because it is human nature. Sabers often rattle in groups where people are passionate about a subject. We all have an intrinsic need to feel valued and important and there is nothing wrong with that. There is certainly nothing wrong with giving someone credit which is due for notable warranted actions. The problem is when overly inflated  high self-opinions enter the picture.

Really, folks, there is plenty of room for everyone. Everyone can carve out their own little niche and rule their domain without kicking sand in anyone elses face. So as long as no one actually gets hurt and there is no genuine damage done, let's play nice.  If it simply a matter of not doing things they way you do them, suck it up, grit your teeth and love on. After all, we all draw our power from the same source, no matter what we call it. As a community, because we are still technically a minority entity and we need to be as cohesive as possible in order to be taken seriously and to survive.

On the other hand, there are very real instances where someone needs to stand their ground, or call out a verified  charlatan, or someone causing emotional or physical damage to someone or something ( such as children or animals) making claims to belong to our community. We should and must be bold and vocal in these instances, because many of our vows ( even for solitaries) cite trust or truthfulness as a tie that binds. Hunting out a pedophile and justly casting them from the fold is something that must be done. An individual who flagrantly uses the Craft  for unmistakable ill-gotten gain or wrong doing should be shunned after serious discernment. Obvious fakes should be called out before they do any irreparable harm to the image and character of the community.