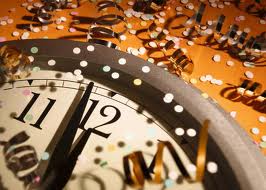 I grew up on the outskirts of South Philadelphia, and when you are a kid in such ethnic-influence and heavily immigrant influenced places you realize that the rest of the world doesn't always do what you do, that somethings of your childhood are truly unique. Such is the Mummer's Day Parade, always on January 1st. No where else in the country does this phenomenon occur-it is unique to Philadelphia's Irish and Italian Mummer's Societies
( private pubs, politely called social clubs in the area.) If you grew up in the wider Philly area, you were bound by tradition and duty to watch the Mummer's Day Parade-all 10 or 12 hours of it. No kidding, this is one of the longest parades in history, beginning in the wee hours and not ending until around 9 p.m. when the string bands perform their tinny, cheeky renditions of current pop songs and holiday hits.

The major recommendations of the Mummer's Day Parade are: the string bands-combos made up of stringed instruments, woodwinds and percussion; the elaborate themed costumes; and the extra-ordinary amount of alcohol that flows through the streets of the City of Brotherly Love. Sometimes literally. 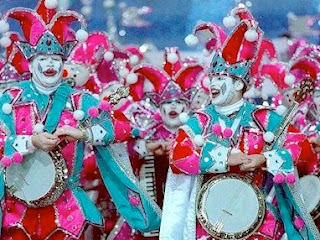 Mummer's are difficult to explain to the rest of the world, and I'm not going to try; the following historical material is from their website:

Mummers tradition dates back to 400 BC and the Roman Festival of Saturnalias where Latin laborers marched in masks throughout the day of satire and gift exchange.  This included Celtic variations of “trick-or-treat” and Druidic noise-making to drive away demons for the new year.  Reports of rowdy groups “parading” on New Years day in Philadelphia date back before the revolution.  Prizes were offered by merchants in the late 1800’s.  January 1, 1901 was the first “official” parade offered about $1,725 in prize money from the city.

The Mummers parade is a celebration of the New Year but is serious business in Philadelphia.  Clubs work on the costumes and practice all year for their one day in the sun (…wind, rain or snow).  There are many lively discussions over the scoring by the judges and adherence to the complicated set of rules the marchers must follow when being judged.  String Bands are judged on their musical presentation as well as the costumes.  Seeing and hearing a String Band performing live in the parade is a one-of-a-kind experience.

Comic clubs tradition from ancient Greek god Momus who was the personification of mockery, blame, ridicule, scorn, raillery and stinging criticism.  Momus was expelled from heaven for his/her criticisms and ridicule of the gods.  The comic clubs continue to raise controversy over these themes they use in the parade that make fun of current issues and news stories such as issues involving religion, ethnicity, and feminism.  Many Mummers parade controversies over polices, such as the exclusion of women and the use of black-face, lasted many years.

Now, go to You Tube and watch any number of Mummer's Day Parade/ Philadelphia String Band videos to get the full experience.

New Year's Day has always had a freaky vibe for me. After the excitement and sentimentality of  New Year's Eve, it is nearly anticlimactic, a day outside of time, when people aren't quite sure what to do with themselves. Either we're recovering from the first hangover of the year, or sleep in, or go to the mall to join other zombie shoppers schlepping brainlessly through stores, mumbling, " Must spend money. 70% off..."

My day started by reading greetings from friends on Facebook and Twitter; and to tell the truth, my eyes were about to glaze over...until I saw the best photo of  New Years Eve 2010. Never mind that it's my very own Rock Star Muse Rick Springfield...yeah, the guy who wanted Jesse's Girl. Wanna make something of it,
LOL...Just leave me alone and I'll be happy.....Meanwhile, back to the photo. Rick and his band had played Times Square earlier on NYE, and he did the Midnight Run in Central Park with his book editor and her family...and 20,000 other people, all running into the New Year...except Rick, who, um...had to answer Nature's call... right there in Central Park. The goofy expression on his face pretty much sums up the relief and elation of running smack into 2011 for me....

Posted by AmethJera at 7:39 PM