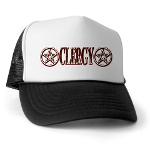 My friend Sabrina the Inkwitch has some of the best discussions on her Facebook page; this afternoon the subject was Pagan Clergy.  As expected, there was a wide range of opinions from those who replied, and a few of the points made were outstanding. Usually there is a flame fest within minutes when a hot button topic is discussed in our community, and thankfully Bri doesn't allow that sort of nonsense to take place on her page. We have both decided long ago that we are too bloody tired of dealing with trolls and their warty negativity, so we simply don't. The ensuing conversations are actual discussions where people are free to express their opinions as long as they behave themselves.


One of the most interesting opinions I read was from someone who said that he believed that Pagan clergy are not bound to the same sort of confidentiality as ministers of other faiths. I take this individual to be well- meaning and suspect he was trying to divorce the issue from what so many Pagans see as a taint from their former faith traditions, Christianity in particular. For some, anything vaguely relating to 'them' smacks of imperialism, and tendency is to run to the other end of the non-conformity scale.

Being Pagan or being legally licensed as a minister has NOTHING to do with the confidentiality issue. ANYONE acting as a minister, High Priestess or High Priest, spiritual director or whatever-lay or ordained-is obligated by the moral code of ethics widely accepted by society to keep confidentiality in their ministry, regardless of their denomination. It is expected and assumed by the general public and those who come to you as the leader of a religious group. It doesn't matter what your denomination or group identifies as, there are implied standards of behavior for religious leaders across the board. You are trusted with the secrets of other people's lives, and your word is your worth.

Someone asked about the legitimacy of online ordination through organizations such as the Universal Life Church. The ULC has been around for over 50 years and has been one of the places Pagans (and others) have gone for ministry credentials.  Despite it's critics, the ULC is a legitimate religious organization which holds regular worship services in it's home church in Modesto California. It has a legal 501 charitable organization certification from the IRS. A spin off organization, ULC Seminary, offers courses in religious education which are recognized by the State of California Department of Post Secondary Education. There have been legal challenges to the legitimacy of ULC in various states, but the Constitutional provision of separation of Church and State has prevailed.http://en.wikipedia.org/wiki/Universal_Life_Church

It is an individual church (circle, coven, grove, etc.) which determines who is eligible to become a minister. That is the way it has always been, and it is the reason you still see so many little "store front"  Christian/Pentecostal/Apostolic churches in the inner cities and urban areas of the USA. People got together, formed a church and appointed a minister.  There is no educational prescient unless the governing religious body requires it. Covenant of the Goddess issues ministerial credentials to those who meet it's membership requirement, and so do other Pagan organizations. There are several strictly pagan schools which formally train clergy, including the    Woolston-Stein Theological Seminary run by the Aquarian Tabernacle Church (wiccanseminary.edu)and Cherry Hill Seminaryhttp://cherryhillseminary.org/ . 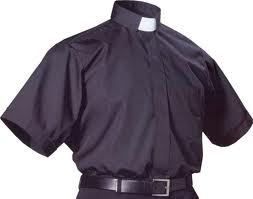 States do not determine credentials or education for ministry, but some do require you to register and produce an ordination certificate and a letter of good standing from the governing church body, or to be 'licensed', meaning your name and credentials are on file with the agency which issues marriage licenses. A few states require you to purchase a business license to be legally recognized because it is assumed that you are providing a service for hire, which is essentially self employment. As a minister you are still subject to reporting all church related income to the IRS for tax purposes, despite what you may have heard otherwise. If I earn a fee for performing a wedding or other rite within my church, even if that money is a voluntary 'love offering', it is taxable income that must be reported to the IRS and failure to do so is considered tax evasion. ( Remember this, I'm serious!) Also, most states now require a background check and  the finger printing of adults wording with children as a matter of practice. All adults working with children are obligated by law in every state to report suspected abuse to the proper authority under penalty of prosecution as an accessory. It is not a matter of conscience, it is the law. Clergy are not required in any state to report abuse of an adult unless that individual is under threat of immediate bodily harm or loss of life.  There is an exception of those clients who are certifiably mentally/physically incapacitated, such as an elderly person. Elder abuse is unequivocally punishable under the law-as it should be. The local authorities will determine whether or not to act on a report of suspected abuse of an individual who is mentally competent: in most cases, the individual must make the report on their own behalf. That means if you are an abused spouse, it is up to you to report the abuse. There have been incidences where well meaning clergy have made a report to the police about a parishioner's suspected abuse, only to have that individually refute the complaint, and the minister was then  sued for defamation. ( In the case of disabled persons and the elderly, social services will investigate prior to the police taking action unless their is immediate threat of harm.)

Ministers are permitted to dispense advice, spiritual direction and pastoral care within the scope of their ministry which is usually limited to the specific dogma or theological teaching of their denomination. You are expected (within reason) when called upon to give guidance on spiritual matters. This includes pre-marital instruction to couples (whatever their gender identification), reiterate the tenets of your faith tradition, reinforce a moral code of conduct, and mitigate conflict and disputes among group members. In some traditions this is done by elders or a counsel of overseers, with or without the participation of the appointed religious leader.  You can provide basic spiritual direction and guidance as a minister, but anything else crosses into a gray area which may legally be considered psychotherapy. Be aware of the differences: even though pastoral care is therapeutic, it is not considered therapy. Spiritual direction is an adjunct to psychotherapy, but does not replace it. Pastoral care and pastoral counseling are loosely interchangeable terms in the public lexicon, however, I would recommend you check your local state laws before advertising your services. Currently in six states Pastoral Counselors are licensed; in this instance Pastoral Counselors are clergy who have received graduate training in both religion and behavioral science for a clinical practice that integrates psychological and theological disciplines. (http://en.wikipedia.org/wiki/Pastoral_counseling) 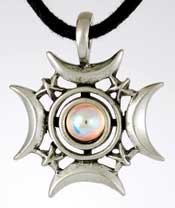 I advise you to use your discernment at all times when providing spiritual direction. If the situation doesn't feel right to you, then trust your instinct-but proceed with caution. That is also why I use and recommend to you to use a verbal disclaimer when doing spiritual direction and always keep notes about all counseling sessions. Not only do they help to refresh your memory and are good to refer to for further research into ways of assisting the individual, but they are a written record in the unforeseeable event of your morals and professional ethics being questioned later by the elders of your tradition... or legal authorities. Frankly, I prefer to privately interact face to face with someone I am counseling, but in our litigation happy society, I believe the prudent thing to do would be to meet in a public place such as a coffee shop, as far out of earshot of others, yet where you are visible. I strongly recommend that if you are meeting with a minor youth, bring elders or other trustworthy persons with you. Do not engage individuals in a one on one situation until a mutual trust has been forged-and then proceed carefully. It is the safe thing to do for everyone concerned, and will avoid or discourage any accusation of unethical behavior on your part.

Pagans love to split hairs, argue and push the envelope on issues of authority.  In a court of law it is clear: all ministers are held to the same standard of ethics. It doesn't matter what church or religious group you are sanctioned by.

Posted by AmethJera at 3:10 AM