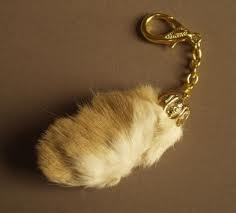 When I was in seminary studying comparative religion, I became interested in the social phenomena of folk healing. In indigenous cultures, the two seem to go hand in hand and are inseparable:  healing the body, mind and spirit are one in the same. These are tenants of  modern Holistic Medicine. Our ancestors understood this and it was simply an assumption that this was how life was.  I believe that when we explore ways of healing ourselves we in turn heal the planet.

Folk healing is based on cultural and religious methods passed through a community rather than on scientific data. It is synonymous with faith healing, where the practitioner and recipient both express a  belief in the intention of the act. So folk healing , in that way, becomes just as much an act of faith as proof of the practitioners proficiency or knowledge.(http://en.wikipedia.org/wiki/Faith_healing)


I don't often like to make general statements about subjects when I write, but I think it's fair to state that many forms of folk healing and/or folk medicine defy logic and rational thinking...and yet they seem to undeniably work for a select segment of people while not working for others. Why? What makes the difference? The only explanation for me is that this is where belief enters.(http://cancer.ucsd.edu/treatments/cam/therapies/Pages/default.aspx) This difference of approach is where faith is required, and magick happens, and it is how all of what I've been discussing ties together. In many cases there is no tangible proof yet there are improvements and cures which can be attributed to no other means than through the ministration of a practitioner using folk medicine or magick. When either are used to compliment standard, accepted scientific medicine, it is difficult to sort the effect any single factor had on a cure because so often they over lap. The unfortunate  truth is that when varying modalities of this sort are used simultaneously, science always wins the credit. Modern society wants to appear rational and its corporate logic has not been trained to grasp the possibility that faith and belief can yield results. It's tough to prove otherwise due to the intangibility of faith.

Complimentary alternative medicine (CAM) is dismissed as so much snake oil in some quarters of the scientific medical community in this country and health care practitioners will go to great lengths to discredit it in any form. Pagans, more than any other group, have a  experiential understanding of this. The history of the cunning folk and folk healer is one of the things we universally share when we incorporate the use of oils, herbs and conjure in our individual practice. Our traditions are richly endowed and connected this way.

While it is true that the public's primary exposure to the experience of faith healing is through stories mainly showcasing Pentecostal and other Christian forms of fundamentalism, Christianity by no means has cornered the market on the phenomena. In it's truest form, all faith healing requires is that the practitioner has confidence in his/her abilities and the recipient has unwavering belief in the skills of the practitioner, so it's fair to state here that faith healing as a form of folk medicine is a universal concept that is not limited to one religious tradition. Pagans  have been known to readily use faith healing. 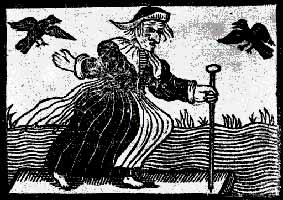 Many  to whom we relate our Pagan cultural and spiritual heritage were considered healers-cunning folk- by the community. Loosely, they can be labeled as hedge witches who integrated the ancient arts of wort-cutting, oil blending, divination and conjure. The cure for some was a simple touch, a laying on of hands while more explicit forms of healing was required by others-an herbal prescriptive, some tea, a salve. Yet others required specific prayers or spell work, using an anointed candle or some type of amulet. Often it was difficult to tell the religion of the practitioner - Hoodoo and other types of folk magick blend native medicine and magick with the veneration of Christian saints, holy water blessed by a priest (Roman Catholic is preferred, although I have never had anyone tell me why it had to specifically come from a Roman Catholic Church, but I suspect it has a lot to do with the ritualistic form used rather than the denomination.), pictures, figurines and other sacramentals.(http://hoodoocrossroads.wordpress.com/carolina-dean/ )

St. Mary is a popular patron for many-her attributes range from the Queen of Heaven to the Virgin Mother of God, and even then she does double duty as the Pagan Mother Goddess, Mari, or Feminine Divine. Co-opting may account for some of this, but the fact that she is an alpha female figure among the saints and gods has also lead to her attracting adherents. The saints have also been stand-ins for many of the loa of Voodoo in Haiti or where African slaves have settled and mingled their indigenous religions with Catholicism, and in some cases, Native American religion of the area.(http://en.wikipedia.org/wiki/Louisiana_Voodoo) But folk magick/medicine is not limited to these regions; the Brauncherei are a type of healers associated in the Old Order German or Pennsylvania Dutch communities-who has seen their colorful "hex signs" on barns? (http://braucher.webs.com/)The Appalachian Mountains have many types of faith healers, but most noteworthy are the  Granny Women. (http://en.wikipedia.org/wiki/Appalachian_Granny_Magic)

The list could could go on into infinity. Each region has a type of healing, folk medicine or magickal practice in place. I hope this post has inspired you to explore some of them.