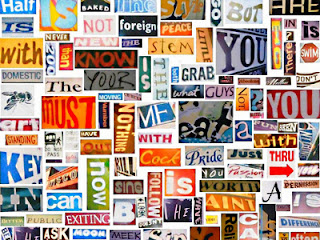 I am a writer because I love the nuances of language. I love the subtle gradation of tone and feeling of words. Writing is a lot like painting: the words color your thoughts. Depth, and perception are obtained by the use of light and shade in a painting. Coloring words give a richness of meaning to communication. It is these subtle nuances, the use of verbal coloring, which makes language exciting. The colors make it come to life.

When I first started writing, it was primarily just for me. My first honest attempt was launched in the same place many others begin self-expression: someone gave me a diary. Most days I wrote a  couple of sentences which summed up my typical teenage apathy. Peppering the pages were brilliant entries such as this one from December 15, 1971: "It rained to day and was cold. I stayed home and played the radio. Sure hope it snows." Other than on those rare occasions when I let loose with a tirade about how unfair the world/my grandparents who raised me/specific friends/ most hated teacher were to me, several lines about the weather and how I felt about it was the extent of my mastery of creative writing.

Later, when I was in my late teens and early 20's, I would relax by re-writing the scripts from my favorite television shows, and activity I thought was geeky but found satisfying to my creativity. Little did I know I was ahead of the times with this until fan fiction became the pop sensation of the moment. In my thirties and occasionally in my forties, I wrote short stories and articles of my own; I even managed to sell one every now and then. I was also doing technical writing and working with municipalities,utilities and emergency services to draw up contingency plans for disasters. The plans were a basic formula that was customized by agreements and contracts between the various local agencies, and it allowed me to travel a bit. Looking back at that time, the other two things I was doing-working as a paramedic in a large metropolitan city and touring as a production assistant for  country/pop/rock musicians, should have provided me with an endless well to draw from...but I was too tired or busy to write. I actually stopped writing altogether for a while except to publish a paper now and again when I was working on my advanced degree. ( This was all done, mind you, on a type writer and paper, so I had hard copies and files of everything...everything. Which becomes a problem when you write a lot...and I did.)

A few years ago I took a notion to start writing about my experience of spirituality, most specifically, I wanted to share what it was like being an occult practitioner in a world of mainstream religions. This is how I found my 'Pagan' voice, the one I primarily use here when posting to Broom With A View. I wanted to not only to share my personal journey in a non-Abrahamic wisdom tradition, but to express it as a spiritual exorcise. And frankly...I was leery of the cacophony of 'experts', when I knew that the only voice that truly mattered to me was the one coming from inside.

I have to say that occultists, and those in religious traditions in particular, are a verbose bunch. We seem to love our verbiage. The more wordy a book, the better: if it was translated from a language other than English, or better still, written in Old English or Latin, it was a keeper. It could be a tritest on the merits of plain toilet paper versus that with embossed daisies, but as long as it sounded vaguely like Shakespeare, it found a home for life on a shelf in the library. An overabundance or superfluity of words sold product in a world of text messages. Never mind the subject, the content wasn't as important as how it sounded when read with the voice in your head.

Pagans love flowery language. Verbiage seemed to be key to becoming a Pagan; if what was being written and read was pro-ponderous sounding, it was taken as credible and serious. Throw in an occasional archaic word or an anachronistic phrase, and suddenly, it was the voice of the gods-literally. If the author claimed a title of hierarchy such as Lord, Lady or Elder, so much the better...which is why I became hooked on Scott Cunningham's books early in my formal Pagan infancy. Scott was a natural teacher; his writing was conversational and down-to-earth. You didn't need an extensive education in medieval English to understand what he was talking about, and his magickal style was deceptively simple as well. He placed the reader into the role of protagonist in all his books, therefore making it clear that whatever came of the use of his information, you were ultimately responsible for the outcome. This was never done in a heavy-handed way, but always phrased in a cautionary manner. I will be forever in Scott's debt for his simple, yet subtle teaching, for his humor, and his wisdom.