A Season of Stillness and Waiting 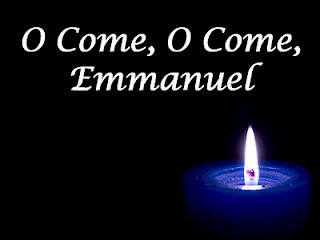 In contrast to the hysterical blowout of Black Friday, the following Sunday is the first day of the Season of Advent, days of quiet reflection and waiting leading up to the Nativity of the Son of God. The Latin word adventus stems from the ancient Greek root parousia, meaning presence or arrival.Usually it's associated with the birth of Christ at Christmas, but I have purposely left this definition vague for reasons explained later. Right now, let's just frame this period of time as 'weeks of waiting'.

Beth Owl's Daughter begun a lovely interfaith tradition for this time of year which is emotionally uplifting. It's a cyber event that I've been participating in for several years now; I find it transformative. It's an excellent alternative to the traditional Christian Advent, and everyone is invited to participate: http://www.owlsdaughter.com/its-time-for-the-2016-global-advent-sun-wreath-prayer-circle/

I look forward to this time of year because it feels like a little otherworldly-a magickal time outside of time. The waiting for the birth of the Divine Child is a space set aside for deep introspection and connection with the sacred. There are a few things I have adapted from the Christian tradition of Advent  and made a bit more universal. It's easy to apply Pagan terms and tradition for these Weeks of Waiting. Allow me to share a past post on the subject with you:https://www.blogger.com/blogger.g?blogID=6786474119988979465#editor/target=post;postID=5457978819530187517;onPublishedMenu=allposts;onClosedMenu=allposts;postNum=5;src=postname


I believe that building toward Yule and the coming of Sol Invictus makes the holiday holy in the best definition of the word; it adds layers upon layers of richness and meaning to The Longest Night of the Year.Within all of these layers of meaning,I still immerse my spirit  in the words of the Anglican Hymn O Come,O Come Emmanuel. It is a translation of a much older Latin hymn Veni,Veni Emannuel, part of the 8th century 'O Antiphons' related to the Magnificat sung during the weeks proceeding the Nativity of Christ. The age of the English text of the hymn is up for debate because there are various versions, but the music dates to much earlier, to 15th century France. The number of verses is also up for discussion and even the order in which they are sung and on which particular Sunday in Advent. (I must admit, when you are walking in procession garbed in heavy liturgical vestments, the 5-7 most popular verses feel like there are hundreds and physical discomfort can become distracting).  But all the same, it does not feel like Advent has begun until I sing this particular hymn.

Thank you, Anglican tradition for instilling in me a love of liturgy and ritual. I truly wish something similar to this music existed within the Neo-Pagan traditions other than the appropriated 'Pagan Carols' we've all heard. While well meaning, many of them are...what's the word I'm looking for? Oh,yeah...corny.  The majority of them lack meter and sound a bit shallow to my ear. That's just me; maybe you like them, and if you do, that's fine. But I still would love to see someone come up with some original lyrics and music that are Pagan-centric and don't sound like hashed-over Christmas carols. ( One standout-the Unitarian Universalist Within the Shining of a Star, which relates the birth of a Divine Child to all children ).

Until then, I'll stick with the Christianized versions that are vaguely celebratory of the Birth of the Divine Child, whomever he or she may be.