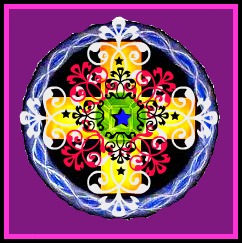 The origin of the Four Precepts of Magic-" To Know,To Will, To Dare, and to To Keep Silent"- Have been claimed by a rag-tag group of organizations and individuals, including  and not limited to the Rosicrucians,  Aleister Crowley (and later, Crowley's  Order of Thelema), Helena Blavatsky's Theosophist Society, Hermetics, Wiccans, Eliphas Lévi,the Sphinx and nearly every notable occult practitioner of the last few centuries. My apologies to Hermes Trismegistus and Thoth, but I believe this particular wisdom is one of common sense developed by many mystical traditions at once, and is therefore one of those snippets of knowledge whose seed was planted by the Universe. It is a form of theology built upon Esoteric Truth. To my mind there are somethings which are experienced by many as right and good, and transcend into the realm of Universal Truth, belonging to everyone and no one simultaneously.


Undeniably, they are indispensable conditions- knowledge illuminated through study, fearlessness of the Unknown, a desire to gain the wisdom  of the ages and yet not discounting the untried, and  a self discipline of keeping in the heart things so they  may not be corrupted by others. They are the foundation of magick in it's most unblemished form. ( And yes, I do use Crowley's spelling of magick to distinguish from the common entertainment form of magic, despite it being considered gimmicky in some circles. I believe there needs to be a term which encompasses that thing associated with spell casting and witchcraft apart from slight-of- hand because they are two very different things.)


Eliphas Lévi is quoted as saying "...To reign over these four living creatures of symbolism, it is necessary to conquer and enchain them." His was a form of ceremonial magick which involved extensive and complicated rituals and secret methods, and as a man of his time, he thought of these  four precepts in a personified manner, one which needed taming and conquering by the individual. It is obvious that he greatly influenced Crowley, who, with all due respect, interests me more personally as the subject of a character study than as the founder of a magickal system. As much as I find all things Victorian quite charming, I am not a devotee of Crowley's verbose version of the Craft and find it unnecessarily cumbersome to work with  in today's world. I do not feel that I must conquer these precepts to work within their confines any more than it is required to master the spirits of the elements, but choose rather to work as simply as possible  in my own way.


Giving The Beast his due, I think his writings are an excellent read in esoterica, but the magick tucked within the pages and hidden in his poetry is tainted by his own bombastic personality. I much rather to get myself out of the way and allow the magick to develop on it's own after imbuing it with direction, because in the vastness of the Universe, it really is not all about me.


I find it disturbing to read posts on social networks such as Facebook, Pagan Space,My Space, et al telling the intimate details of someone's latest spell. This was a magickal no-no which I feel continues today: No one ever talked about what they were doing magickally, lest they weakened or scattered the energy of the work. People just didn't blithely post:" You have no idea of my powers! I will_____you by doing_____!" That was offensive to the entire community and now I see it all the time,over- the- top rants and proclamations of personal power to be used against someone or something else. That used to be termed blasting,and it wasn't something you went about threatening to do, unless you were in summer stock theater playing one of the witches in Macbeth. Witchy stereotypes belched threats at one another and those who had crossed them in bad 'B' horror movies, Disney films and fairy tales written by the Brothers Grimm.No one with a whit of common sense or good manners ever,ever displayed this behavior in or outside of the community because it was simply bad form.What happened to 'harm none'? More to the point, the 'spells' I see published are worded childishly and is ineptly lacking in focus,intention,and meaning. Spewing cheeky gibberish at someone that you gleaned from an anime comic is not true magick, which is always thought through and well formed before it is put into practice. Cyber hexing is not only silly, it's dangerous, because you never know what you will unleash, and more often than not, it will come back to bite you in the ass-if only because your boss saw some of your nifty witchery on Facebook and decided you are too nuts to chance having around because your next move might just be showing up at work armed with that big gleaming knife you were waving around when someone thoughtfully tagged you in a photo and sent it out to all of his friends list. Gentle people, there is a difference between the courage to dare magickally and a full blown lapse into stupidity. Which is why I always lock down my photo albums on social media sites when there is a sensitive ( e.g. nobody's damn business) type photo. Of course, if you're going to be dumb enough to show off your 'powers' in a dramatic display of Harry Potter inspired photo ops and status updates, I think whatever the Universe returns to you is well earned.
Knowledge, Desire, Courage and Discernment, I believe, are the hallmarks of true Magick which requires no lofty language to muddy the waters .To achieve any sense of mastery it is necessary to know what has to be done, to will what is required, to dare what must be attempted and to keep silent with discernment.