Need To Talk With Someone? I'll Call The Chaplain!

The US has the highest detention rate in the world. Prison inmates are wards of the State. The State is responsible not only for meting out punishment for crimes committed against society through detainment but for decent, humane housing, feeding and safe socialization within the institution . Freedom of religion is a civil right. It is a fundamental freedom that is not lost during prison time, and it is in fact sociologically proven that inmates who have a spiritual connection are better candidates for successful  rehabilitation.

Inmates with addiction issues who feel closer to the Divine and who are a part of a  religious group fare much better during their recovery period. Those who are incarcerated are often overwhelmed by feelings of shame and rejection due to their situation. Isolation, which is a part of prison life, leads to severe depression and  perverse personality changes, which in turn affects the individual's  future hopes and aspirations- affecting their ability to rejoin society as a contributing member after  detainment.

Psychologists, psycho-social therapists, and the so-called State 'experts' know this. A recent study suggests that the practice of religion significantly reduces the chance of prisoners engaging in verbal or physical altercations. Support from a religious group increases the likelihood of lasting inmate reform after completing the prison sentence time. In other words, it cuts down on the number of repeat offenders and ultimately reduces the State's expenses-and the taxpayer's- by housing less prisoners .

I know this first hand because when I was doing my CPUs as a seminarian, I was a prison chaplain- in both men's and women's prisons. The duty of the prison system is to isolate criminals to prevent them from committing more crimes, as punishment for committing those specific crimes, as a deterrent to others from committing similar crimes and rehabilitate criminals. The State has the responsibility to discourage and limit behavior that's harmful to others or infringes on their human rights, and to assist inmates to  repair the disorder created by their criminal activity...especially to themselves. The Judicial system fundamentally protects society and safeguards the common good. Having said that I realize that prisons cause as many problems as they solve, and I'm not debating that at all, I'm giving background as to why it's necessary for those incarcerated to have proper spiritual direction and guidance available in the form they so choose within reason.

It's my personal opinion that the Chaplain is an important member of the rehabilitation team. This has been echoed by the Supreme Court of the United States when it ruled in 1987 that prisoners retain their constitutional rights, including that of religious worship.

Those most likely imprisoned  are already on the fringes of society, generally speaking, a type  who doesn't quite fit with the rest of the population through nonconformity to the accepted norm. They are essentially outcasts, either in fact or by their own belief. Many are overwhelmed by feelings of rejection, guilt, shame or inadequacy. Chaplains and spiritual directors can help advocate for the inmate so he or she is guided in the right direction to achieve wellness and balance. They are often the single truly compassionate person in that individual's life. They can assist and guide  both the prisoner and civil authorities in developing a program of reform which will be successful in that individual achieving meaningful reintroduction into society post-prison.

Many times it is the Chaplain providing pastoral care that is singular reason inmates are reunited with their families and friends. It is the Chaplain who is often the go-between initiating  a smooth transfer of the individual to the spiritual care of a minister, church or other spiritual group outside the prison walls. It is the Chaplain who assists case managers with housing and employment of prisoners after release, because they are able to be used as a character reference. 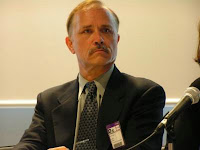 So I don't get why the Rev. Patrick McCollum, who is currently serving as a volunteer prison chaplain in California has been refused proper recognition because of the contents of his faith- which should be of no concern of the State at all due to the constitutional separation of church and state. McCollum is currently seeking standing among his colleagues of the Christian, Jewish, Muslim, Catholic and Native American faiths, who are eligible for hire by the State for their ministry. The 9th District Court has danced around the legalities of this issue, denying employment to the Wiccan minister. Not because he doesn't meet the criteria as an ordained member of the clergy supported by his faith tradition, or that he lacks proper education or credentials, or he is unfit for the job. The reason is that he is not a member of one of the five faiths recognized by the state of California. In other words, because the Rev. Patrick McCollum is Wiccan, his faith-recognized by the US military, buy the way, is judged wanting by a civil court. So if you are Ba'hi, Buddhist, Hindu or a host of other legitimate religions with 501 status in the United States, don't think you will be gainfully employed by the State of California right now, because your services will not be dignified by a pay check.  Alex Luchenitser, Senior Litigation Counsel for the group Americans United for Separation of Church and State made  the statement: " The Constitution requires all persons to be treated equally regardless of what their religion is.California's practice of only paying chaplains of certain faiths, while requiring chaplains of other faiths to work for free, is religious discrimination that plainly violates the Constitution."

So what I get the State of California as saying is essentially this: That even though the Rev, Patrick McCollum has been a chaplain in the prison system for over a decade in a capacity that has been meaningful and  that he has contributed to the rehabilitation of perhaps hundreds of inmates through that service, which is in many ways identical to his ministerial colleagues, that service only has worth if it is free. Did I get that right?

1 Timothy 5:18 b, " The laborer is worthy of his wages." It seems to be applicable to others, so why not Patrick McCollum?

Posted by AmethJera at 5:17 AM