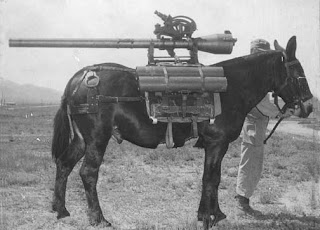 We're used to hearing the trumpet play "Taps" for the fallen warrior on Memorial Day. Originally a day of remembrance for war dead of the Civil War and know as Decoration Day (the day to decorate the graves of soldiers and sailors), the holiday has been expanded to include all those U.S. Military members who gave their lives in battle. As times changed, Decoration Day eventually morphed into Memorial Day and was regarded as a day to honor all dead, with those family members in the Armed Forces holding a special place of honor. In actuality, the traditional day to honor all dead-civilian and military alike- is on November 2nd, which is All Souls Day. Those who hold no particular spiritual attachment to a religious tradition mostly prefer the date in May, however, because of it's secular separation. In most places in the continental US, the weather is much more hospitable and flowers available and abundant for trimming graves at this time of year, and the day serves as an early launch into warm weather activities. Personally, I don't go to 'Memorial Day' sales or engage in celebration other than for the war dead. There is nothing particularly happy in it for me. (http://amethjera.blogspot.com/2011/05/nothing-happy-about-it.html )

My own family used to trim the graves of family members at this time, making it into a family picnic celebration.(http://amethjera.blogspot.com/2011/05/in-memory-they-dwell.html ).

The other day I was reminded by a meme posted on Facebook by  my friend  Elizabeth who founded The Ministry of Animals (http://ministryofanimals.com/ ) that not all of our war dead were human.

There were those  animals -horses, mules, dogs, pigeons and others-equally as brave as any warrior in battle, who gave their lives unselfishly for our freedoms and the common good. Yet we seldom recognize their sacrifice along with that of our human loved ones. Humans tend to forget they weren't the only ones conscripted to duty in wartime. Those animals who lost their lives weren't just the property of men or the military-they were members of the fighting forces as well, pressed into service to pull artillery caissons, personnel and supply wagons. They moved ambulances and water tanks into dangerous territory, and some were ridden at the forefront of battalions during the heat of battle. Others flew recognizance and were messengers behind enemy lines, and some worked side by side with human companions using their extraordinary sensory gifts to sniff bombs and assist in recovery of the dead...and the living.(http://en.wikipedia.org/wiki/Military_animal ) Modern warfare currently includes rodents and sea creatures such as dolphins in combat situations.(http://www.redorbit.com/news/oddities/1545/dogs_dolphins_help_protect_us_troops/ )

It is well, dear Pagan, to remember these creatures not only as service animals, but as the totems whose characteristics we take into ourselves. Remember the loyalty of Dog, the stealth of Cat, the keenness of sight of Bird, the fleetness of Rat, the bravery of many, many more unnamed. Yes, it is well we remember them, too on Memorial Day, for their contribution to the lifestyle we enjoy and the freedom they helped win.

Gods and Goddesses or War and Peace, we remember this day those creatures who fought at our side in battle, and that they, too, made the Ultimate sacrifice for freedom. So Mote It Be.

Posted by AmethJera at 3:26 AM