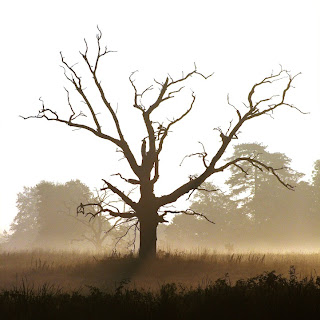 Maleficent:"with the intention of  doing harm."  The word has a certain quaintness and old-fashioned charm about it, don't you think? At first glance one forms an image of obvious negative actions, abet even a form of evil. But most malefica encountered in today's world is subtle and brooding. It is not as dramatic as, say, the casting of a full fledged spell via ceremonial magick. True maleficia begins quietly as a form or jealousy, envy or covetousness, where it roils and builds into obsession. The motivation is most likely due to need or lack of something perceived to belonging to another. Sometimes the perpetrator isn't even aware of it, but it's still there, and it expresses itself in various forms.

The arena of psychology is full of this form of maleficia- narcissism, and negative personality disorders are commonly dealt with in the therapist's office. Eric Berne's ground breaking book Games People Play gave birth to the theory of Transactional Analysis.[http://www.ericberne.com/transactional_analysis_description.htm] In it Dr. Berne describes intimate emotional exchanges as 'games' which are ritualistic transactions or behavior patterns between individuals that can indicate hidden feelings or emotions.The New Age lexicon has contributed the phrases energy parasite and psychic vampire to describe one of those 'games' played by those who drain others of  their vital life force.

Occultist and author Dion Fortune refereed to this condition as psychic parasitism in her book Psychic Self-Defense [http://www.amazon.com/Psychic-Self-Defense-Dion-Fortune/dp/0877283818]. She identified it as a a combination of psychological pathology and vampirism, with an insightful observation that there was a difference between mental illness ( what we now term personality disorders) and an intentional exhaustion of an individual's vital life force.

Anton La Vey, the founder of the Church of Satan, also had a unique take on the subject (as he always did) of psychic vampirism. He believed that a psychic vampire was a spiritually weak individual who drained the personal energy of another to replace what was lacking in the emotional makeup of the vampire. LaVey used the term psychic vampire to mean an emotionally weak person who drains vital energy from other people.

To  me, this is the most insidious of all ways of harming another. I will allow that the perpetrator isn't always mindful of his or her actions, but after having dealt with these types of individuals for years as a counselor, I'm of the opinion that they are aware on some level of what they're doing in a very passive-aggressive way, even though they may not normally someone who is narcissistic. My experience is that a person  who seems to be all take and no give, an opportunist who always takes advantage of a situation to personally benefit from others, or makes persistent demands of your time, attention or resources is most likely a psychic vampire. If you continually feel drained and exhausted from interacting with this person, my advice would be to keep the relationship at a distance and in perspective, because it is so easy to be taken in by the charm or vulnerability these individuals. Most of us have a lot to learn about these types because our early socialization included the characteristic that 'good' people are always helpful to others. Explore and apply some of the many techniques of auric shielding available. Some excellent methods are found in Christopher Penczak's book The Witch's Shield [http://www.amazon.com/Witchs-Shield-Protection-Psychic-Self-defense/dp/073870542X]
_________________________________________________________________
Baneful magick is another subtle form of maleficia, for example, the  malocchio (evil eye), or using a poppet or voodoo doll in a negative manner. This  is a form of using the Universal power from the lower astral depths to case harm and do evil. Let's drop the misleading and pejorative term "Black Magic" from our vocabulary! It simply reinforces the notion that anything "black" is bad, while "white" is good. That black equals dark muddies the waters even  further: darkness is not wrong, bad or baneful. The example that always immediately comes to mind for me is that the seeds of flowers are planted in the dark womb of the Earth to gestate and grow...nothing evil about that. Magick in and of its self is neutral...it's a blank canvas until you add your intention. Intention is what determines the outcome.
[http://www.paganlibrary.com/editorials/that_black_magic.php]

Some who are new to the magickal community ask under what circumstances it's permissible to cast a hex or curse. I don't have the answer to that question because it applies to the intention of the individual practitioner. Why have you made that choice? What's your motivation? What will you gain by hexing another? Are you doing this with the intention of harming another or stopping another from doing harm? Have you done the mundane work that goes with this, or are you willing to work in the physical realm to make it manifest? One must examine every possible angle they can think of before performing the work. I will tell you that I believe that a witch who cannot hex cannot heal, but you also must do the mundane work, too. My personal feeling is that if you are aiming to stop someone from harming another, and that person is not you personally, then that request goes to the Universe to handle. If someone has actually made a legitimate threat to my safety and welfare and I have exhausted all reasonable forms of handling that threat within the legal system, then I have no problem binding the individual...Otherwise I will leave the punishment to the gods, because it's not for me to pass that judgement.When  I have  discerned that hexing is the last resort in a course of action, I will then and only then do so without reserve. I believe that is the ethical thing to do....and I will wait until I have calmed down and am less emotional before even beginning to discern the problem. I will force myself to re-assess the situation and try to put it into a logical perspective before take the steps of the last resort. I'll tell you why: because while I don't adhere to the Three Fold Law, I believe in the spirit of it. Whatever you do will indeed come back to you. That's not a theory, it's a fact, because what you put into the Universe will eventually return to you. Don't perform an act of binding or any other type of magick if you're not in control of your emotions. The situation will keep until you have a clearer head and you can focus on the situation with laser like precision. Reacting out of anger and emotion alone will weaken and scatter the energy needed to power the work. Blind rage may seem like the perfect point at which to do the work, but it is not...Examine the situation and your feelings about it and then if you so choose to use your personal power in that manner, there will be no mistake in the work...because for any spell to be effective, that which goes into formulating it must be as near to perfect balance as you can make it.

Posted by AmethJera at 4:53 PM