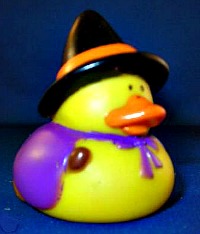 Quackery abounds in the occult/paranormal community. How most of it exists is beyond me. I'm honestly astounded at the number of malleable and gullible people who will fall for the tripe I see on the Internet.

"This RARE haunted ring contains a POWERFUL Jinn! His power is unmatched! Centuries of hidden secrets can be yours!"...Buy It Now price: $19.95...We take PayPal."  If a Jinn did acquiesce to being at my disposal as my very own personal genie I'd be keeping him around...I'm just saying. And I think it would take a lot more silver than merely ponying up $19.95 to get him from me... That's basically the price of a large pizza. How insulting is that to a spiritual being hundreds of years old? I'd be one pissed off Jinn if it were me.

You used to see this kind of ad next to the ones for x-ray glasses and bust enhancement creams in the back of cheesy pulp magazines. Now they're on eBay-at least until August 31. I understand eBay has changed their seller policy concerning such items. [http://pages.ebay.com/sellerinformation/news/fallupdate2012/categoryupdates.html] Presently eBay is a fertile  source for this type of quackery: "There is a time we can no longer deny our destiny!" My destiny is another cup of coffee while I'm reading this hogwash."Do not dismiss any unusual occurrences that take place near you ..." Does that include uncontrollable laughter and that causes the urge to pee yourself ?

The part of this ad that caught my eye was the statement that this was a 'Pure Vampire Marid Djinn'
Oh baby, now we're talking! This guy ( and I'm assuming that the spirit in question is a male) is also a vampire...so he's not just a genie, he's a vampire genie...WOO HOO! Wait a minute? What the hell IS a Vampire Marid Djinn? I didn't know, so I used that great tome of ancient archaic knowledge, Google, and found this on a site called Djinn Universe:"The marid is unruly and rebellious, and the most powerful of djinn. The marida (plural) possess great knowledge of magic and have assisted kings and priests. They are also known as “blue” djinn and are the ones most often associated with wish-granting genies.[http://www.djinnuniverse.com/types-of-djinn] So...now we have an unruly and rebellious  powerful blue vampire genie who has an " Unquenchable lust that will not be denied!" As they do. All the ones I've seen advertised for sale on eBay are of the extreme studly variety, guaranteed to ravage you on command. So far, he sounds like a rock star. I'm disappointed that it doesn't come with sparkles.

But wait...there's more. If you happen to win the auction, not only do you get the Jinn, but three wonderfully occult bonus items: Marid Fire Djinn Vampire Vapors, Blood Rose Oil, and Vampire Spirit Food. I have to wonder which end of the vampire the vapors come from...seriously. Vampire Vapors? I have this mental image of Barnabas Collins huffing into a Breathalyzer during a traffic stop on I-95. Admittedly, I'm at a loss as to what one would use the magickal application of Vampire Vapors for, exactly....and I am just as intrigued by the disclaimer accompanying the Vampire Spirit Food: " Not for human consumption-Safe for animals". This is simply mind boggling. Excuse me while I top off my coffee...

Let's move on to the next item: "RARE haunted Elder Celtic Druid Dragon King Psychic Power Money Passion..." This is the actual description of the item. I've read through it several times and looked at the fantasy art graphic of dragons that accompany it. I cannot for the life of me figure out what this one is selling, but at $15.00, it seems to be  a better bargain that the Marid Vampire Djinn. But are they selling an actual elder Druid that's a Dragon King? Inquiring minds want to know. If that's so, then I know several Druids who would be thrilled with this purchase, " Look, Mac- I bought your very own Druid Elder on eBay! AND he's a Dragon King! Think of the fun you two will have together..."

Okay, enough with the satire and sarcasm. Here's what occult quacks really do: besides ripping off the uninitiated public and making all occult practitioners the butt of psychic hot line jokes, it hurts the little guy selling their homemade wares who are only trying to make ends meet. Most of the folks selling talismans, amulets, floral waters, oils, poppets, occult themed jewelry and herbal preparations ( for non-medical use) on Etsy and eBay are legitimate practitioners. Not many of them are in the market to sell haunted or possessed items of dubious credibility, and none that I know of have a warehouse of spiritual entities for sale. They are not dabblers in the sensational, they make no claims other than to offer supplies for use by the customer. Yes, some do sell ready-made spell kits, but no outrageous claims as to the effectiveness of these kits are made, because those who are authentically practicing folk magick or the Craft know that the result of any charm or spell lies solely with the skill and intention of the individual.

I applaud both Etsy and eBay for their concern about the sale of occult items and services because I believe they're only trying to protect their customers from the charlatans and snake oil salesmen. My question, however is this: If you are restricting the sale on your sites of items used by Pagans and various esoteric/mystery traditions, then are you also restricting the sale on your sites of religious medals,prayer cards, blessed candles, malas, prayer beads and rosaries, holy water and anointing oils used by Christians, Buddhists, Hindus, Muslims and Jews among others? Because if you aren't there is a disconnect that leans toward discrimination.

Posted by AmethJera at 7:41 PM