Occupy Wall Street...Occupy Oakland...Occupy (insert name of city here). People who are so frustrated at the economic collapse of our country that they have taken to the street to protest. People who are gathering with like-minded individuals to voice their distress. People who don't know what else to do and are at the end of their rope...

I can empathize. Really.

What I can't do is join you until someone gives me a viable,reliable, realistic reason to do so. A number of my friends are involved in the Occupy Movement and are standing out in the rain as I write this. They've been standing out in the rain, the cold and the wind for days now outside the state capital building. They've been arrested, bailed out and have returned to the same place on the side walk. They chant slogans and wave signs at passing motorists. They yell things like, " I'm doing this for you!" at passersby. They genuinely believe they are making a difference. I'd like nothing more than to see them be successful in making a change and helping to make things better for all of us.


But they haven't yet convinced me to join them. Why? Because I've participated in protests, sit-ins, and rallies for various reasons for the last 35 years. When the situation requires a show of numbers- such as when a vote is about to be considered on the senate floor- a visual sign of support or opposition is a crucial psychological aid to getting your point across. Groups of supporters at a one-shot event is great for morale-like when the school board wanted to change the local system. Gathering together in solidarity  showed them we were not only concerned, but that we were mad as hell. They got the message. It didn't change their minds, but they were a little more cautious in their decision making and a little less cocky about being in charge later-especially when we went to the polls and voted half of them out of office.

The Occupy Movement seems different: ask fifteen people why they're protesting and you'll get fifteen different answers.Everyone has their own reason. There doesn't seem to be a focus. The most popular answer to date seems to be," I'm asserting my constitutional right to protest." Well that's great that you're doing that, but what, if anything, have you accomplished?  I've actually heard people interviewed on the news say, " I'm exercising my right to peaceful assembly because I can." I wish I were kidding, but it's not a joke-that was the actual answer. It didn't answer the question-what are you hoping to accomplish? I'd like to be educated. Because you aren't telling me anything new or different than I already know about the evils of Corporate America. Honest. It's been in all the papers, TV and radio. It's all over the Internet. It's no big secret that requires masses of individuals to take to the streets. No amount of clever slogans, chanting, candlelight vigils and singing of folk songs is going to amount to a hill of beans in the long term. It will change no ones mind. Why? There are no teeth because the focus is too broad and nebulous. There are a zillion reasons why the economy sucks, and it's not all going to be fixed overnight, and certainly not because a group of well-meaning but misguided individuals are attempting to apply pressure to a huge corporate entity by camping out on the community doorstep.There are no great leaders to make speeches about a unifying purpose or to emulate in the Occupy Movement, no one like Thomas Jefferson, Gandhi or Martin Luther King. Because I truly believe that age is over. It worked in a time when nothing like it had ever taken place before. It was something novel and new, and it caught people's attention because it had a pinpoint focus stated in a few well chosen words by a respected leader. That's not the situation with the Occupy Movement. Too many people are saying too many things at once and the message is getting lost in the rabble. If you expect me to join you, then give me a better reason than jumping on the feel-good wagon, because I doubt that's going to inspire anyone to help raise the money to bail me out of jail.

This isn't a criticism, it's an observation by someone who's been there. This form of long-term protest is limited in its effectiveness; after awhile it becomes commonplace and everyday. Let's face it: the public is fickle. They will be on fire one moment and smoldering the next. It's just human nature. My personal opinion is that the Occupy Movement has already peaked and has accomplished getting people's attention. The next step would be for them  to direct individuals to take concrete, purposeful action, like going to the polls and making their vote count. Look closely at how your elected officials are voting- and if you don't feel as though they're contributing to a positive resolution to helping  fix the problems in our economy, if you think they're in bed with a corporate harlot vote them out of office. Better yet, find an elected official you think is doing a good job and become a volunteer in their campaign. Help get the word out  by using the electoral process.

It isn't just corporate greed that cause this situation, but our own. We all wanted bigger, better and more. We made demands that exceeded our needs. We wanted it all for us alone. And we were willing to chance riding the train to ruin to get ours...and we have. Now we're angry at the monsters we've created because they're destroying us. Standing out in the rain in front of the state capital isn't going to change that. 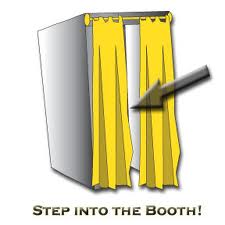 Meanwhile, the city has spent thousands of dollars on police overtime to make sure these few stalwart individuals are safe.  And yes, they have arrested a number of them who pushed the envelope. A few of these young, idealistic individuals in particular will flaunt their arrest reports proudly-right up until the next job  interview when a hiring manager rejects them for having a police record.Sadly, some of the others-who will protest anything-are just there to assert their non-conformity.

One lesson I have taken away from the time when I was that inexperienced and idealistic is that acting out of emotion doesn't pay the bills or keep clothes on your back when you quit your job at the big bad mega-corporation every one hates. You may feel noble at the time, but that doesn't feed you later when you're hungry. The second related lesson is that all your idealistic friends will either be joining you on the brink of  the abyss or will forget you exist altogether. Lesson number three is the hardest to come to terms with: you brought this on yourself and have no one else to blame. You will have accomplished nothing other than wanting to kick your own ass. Altruism bites. This is why, when you are more experienced in the realities of life, you choose your battles a little more carefully.

Personally,when it comes time to do so, I'm occupying the voting booth because it's the most realistic option for me.

Posted by AmethJera at 3:20 AM