Hoodoo You Think You Are? (A Conversation With Carolina Dean)

I'm a 'Kitchen Witch', even though I do belong to a couple of degree traditions. A lot of my spellwork is pretty 'fly by the seat of my pants', even thought it's planned out. Because my interests are varied, I read a wide array of blogs and articles. I don't think any one of my Pagan friends practice exactly the same., and I like stepping out of my comfort zone and learning about other areas of magickal practice.
Hoodoo practitioner Carolina Dean is one of my favorites- He's knowledgeable and funny and his humility has me absolutely "sold". Dean is my 'go-to' guy for folk magick, and he's been gracious enough to answer some questions about the basics and theory of Hoodoo. A prolific writer of blogs and magazine articles, he's featured regularly in Hoodoo and Conjure Quarterly Magazine and writes commentary on occult books on the Web. 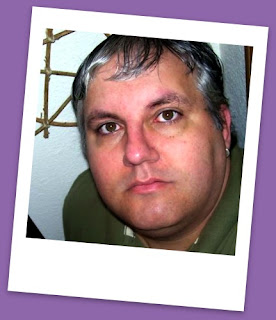 AmethJera: I think a lot of people have a wrong impression of Hoodoo- That it's a dark art and has a negative connotation. That's not my impression of it at all.

Carolina Dean: I think people have gotten the wrong idea about Hoodoo because they generally don’t understand what it is and what it is not. It certainly also doesn’t help the reputation of Hoodoo that it has largely African roots because a certain segment of society (i.e. Evangelist, Politicians, Big Business) have made very successful and profitable careers demonizing anything that comes out of Africa.

Simply stated, Hoodoo is a set of magickal practices originating in Africa which, through the process of syncretism, has absorbed beliefs and practices from other cultures such as Native American spirituality and European Ceremonial Magick, and can be attached to any form of religious worship that the practitioner finds valid. Therefore, anyone can practice Hoodoo, whether they are Christian, Pagan, Jewish, or a practitioner of Voodoo, Santeria, Palo, etc….. Hoodoo has also been defined as magical practice devoid of religious dogma, but that’s not entirely true either. I personally believe that you cannot take “God” out of any form of magic and still be a successful practitioner.

AmethJera: How does Hoodoo differ from the simple European-Germanic folk magic we're used to?
Why do you think it still has a mystery to it?

Carolina Dean: Certain magickal beliefs and practices are nearly universal, such as sympathetic magic and the doctrine of signatures etc… so Hoodoo actually has a lot in common with folk-magic traditions in other parts of the world in that practitioners regularly make use of herbs and roots, work image-magick, burn candles, and fashion amulets and talismans for a variety of practical purposes.

Some of the things that set Hoodoo apart from European-Germanic folk magic include a strong emphasis on the inherent power of herbs and roots, the practice of foot-track magick, and the use of the Mojo Bag.

I think that Hoodoo has a certain amount of mystery to it because, while it has been around for a very long time, it is just now entering the consciousness of the general public in a major way much like Wicca did in the 50’s, 70’s, and then again in the 90’s. A large part of this can be directly attributed to the fact that the internet has made information much more readily available to the average person as well as the efforts of people such as Denise Alvarado, and catherine yronwode who have wisely used this medium to actively make a record of these beliefs and practices and who have worked to pass it down to the next generation.

I believe that we are living in time in which people are spiritually hungry. They crave ritual, they crave tradition, and they crave roots; and I believe that because many major religions, such as Christianity and Islam, have turned away from the message of their original founders they have cut the people off from their own spirit. Today, in my opinion, Christianity has become largely synonymous with hate and intolerance, while the average person cannot think of Islam without associating it with much of the political violence we see in the world.

Rather than serving the people, these religions have ostracized and/or forced out many of their would-be adherents/followers. As a result, many people have sought out what has been called “Alternative Religions” by mainstream sources such as Wicca, Vodun, Asatru, Hoodoo etc… For many of these people these practices represent the religions/spiritual practices of their own Ancestors, while for others they come from cultures different from their own. Hoodoo is unique because it is an amalgamation of beliefs and practices from various religions and cultures.


AmethJera: What influenced you to become a Hoodoo practitioner?

Carolina Dean: As a young gay man growing up in the deep-South, I was one of those people who felt ostracized by the church and by society in general. At the same time, I felt a strung pull towards spirit but I felt that there was no place for me in the church. I felt betrayed by God, because I was taught by the church that homosexuality is a sin and an abomination. I felt that God had no right to punish me for something in which I had no choice.

I was always fascinated by magic and fantasy and thought that if I could learn to do magic that I could have the life that I wanted. I first came to witchcraft for entirely the wrong reasons. I wanted the boys to like me and I thought that I wanted to hurt the people who hurt me when I really just wanted to be accepted and loved.

By the time I entered college in 1991, I had developed an interest in learning to read the Tarot and through my interest in Tarot, I found Wicca. After a great deal of reading, studying, practical application, and experimentation, I learned enough about Wicca to know that it was for me and so I initiated myself into the craft of the wise.

After many years of studying and practicing Wicca, I began seeing and hearing more and more about Hoodoo and I was reminded of the folk-magic practices I had encountered growing up in South Carolina. In 2003, I began cat yronwode's year-long Hoodoo Rootwork Correspondence Course, however, due to several life- changing events as well as moving from South Carolina to Washington State I did not complete the course until 2009 at which time I graduated.


AmethJera: What recommendations would you make to someone who wanted to incorporate Hoodoo into their personal practice?

Carolina Dean: As a magickal-practitioner with eclectic interests, I have discovered that the best way to learn is by doing. When I began taking catherine yronwode’s course, I made the conscious decision to totally immerse myself into the tradition. What that meant for me was packing up my Wiccan Altar and suspending all practices associated with the Wiccan Religion. I would recommend anyone who wishes to seriously learn about Hoodoo and incorporate elements of it into their own practices do the same thing for at least a year or more.

Although Hoodoo represents a wide variety of magickal beliefs and practices, there is a very heavy emphasis on “tradtion” in Hoodoo. For example, you will find that the use of crystals and gems are virtually non-existent in traditional Hoodoo; there are a large number of people who are adamant that a mojo-bag is not a mojo-bag if it is not made out of chamois or flannel; in addition, although the use of magickal-seals is popular, you won’t find practitioners who create their own sigils a la Austin Osman Spare…because that’s NOT Hoodoo!

That being said, I’d recommend that the student new to Hoodoo approach the tradition as a blank slate without any preconceived notions. Once they know what Hoodoo is and how it is traditionally practiced they can then incorporate elements into their chosen magickal practices with the understanding that once you deviate from tradition you are not practicing traditional Hoodoo anymore.

To answer your question, yes there are people who I hold in esteem, and people who have influenced me but not necessarily those that I follow because I believe that we are all following in the footsteps of those who have come before us.

In that respect I have to name my mother, who gave me the love of reading; Angel, who encouraged me to write and teach; Julie, who supported me in my creative endeavors; Brenda & Jo, my adopted sisters, for their faith in me; cat yronwode for sharing the wisdom her years of study have brought; Denise Alvarado who believed in and encouraged me to go farther; Clifford Bias who wrote the first book on magick I ever found; as well as Scott Cunningham, Raymond Buckland, and Silver Ravenwolf who were also early influences for me.


AmethJera: Tell us about your church, Our Lady of Conjure.

Carolina Dean: Our Lady of Conjure is a non-denominational interfaith Spiritualist-Church established in the belief that God is neither male nor female, but rather is simultaneously androgynous and asexual, and which exist as pure love. Because human-beings often find it difficult to identify with an entity of this nature we have attempted to understand God by associating him as one or more of many archetypes. These archetypes often include both male and female incarnations, as well as animal forms such as found in Ancient Egyptian and Native American belief systems.

Rather than take responsibility for our own failings, humans have often painted certain Gods as having traits which we find undesirable within our selves resulting in belief-systems that portray God as jealous, petty, and cruel, as well as loving, kind, and generous.

Although we welcome all Gods at our altar and all people within our congregation, we affirm that Our Lady of Conjure is another aspect of God and she is the central figure of our veneration. Our Lady of Conjure is the personification of the divine spark in all living things and she represents the power of the individual to change his or her life for the better through the power of positive thoughts, words, and deeds.

Carolina Dean is featured on Facebook on his fan page and on  the web at www.carolinaconjure.com.