Something is very special about this particular full moon; I can't quite put my finger on it. Maybe because it feels like there's a change in the air and real potential for that change (finally!). As a Pisces, I'm a Child of Water, and I love to dream. Maybe I'm in that headspace...moonstruck. I love the cover of the darkness of night, the brightness of stars, the light from the moon, the shadows that play on the ground. Humans have looked up in wonder at the celestial orb for millions of years. I suspect this will continue as long as there is a moon to look up at and  people who still exist  to wonder.

Night is my favorite time. There is a completely different level of consciousness after the sun sets. The yard comes alive with the sounds of night creatures-katydids, crickets, tree frogs and the occasional bark of a fox.  The grass reaches up to entangle feet, leaving little drops of living moisture between toes... The shadows lengthen, the trees loom larger, taller, more the spiritual beings they are than  in the day time. Through their outstretched branches, there is the illuminant moon, iridescent as a pearl in the sky, accompanied by a scattering of diamond stars. It is surreal, and too real at once. It is easy to become disoriented at night in our backyard because we live outside of the city and the lights are few. The critters stay just at the hard edge of the lights from the house; I occasionally catch a glimpse of their retina's glowing red reflection, fiery rubies in the velvet dark. They venture closer only when the lights have been turned off: I can hear their footfalls crunching through the leaves and an occasional snort or other soft animal sound. We exist comfortably in our own little worlds, and catching sight of one of these  little shadow beings  through the dark is a bit like how I imagine it is looking across the Veil. 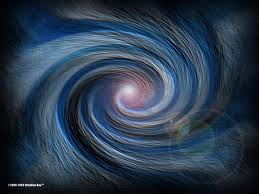 I feel that I connect with Immanence more effectively at night. The daytime distractions are gone: traffic, visitors, ringing telephones. The atmosphere is more enveloping, more inclusive. I plan most of my personal ritual work for the night, because I like candle glow and welcome the presence of psychopomp. Night is obviously a place meant to be between the worlds and for me a place that is easier to stand with a foot in each world. The cloak of darkness is the place of creative energy and mystery. Magick is afoot. ( Yes, I do ritual during the day, too. Anytime is a good time to connect with the Universal Source. Night is simply my personal preference.)

The night has earned it's own superstitions and lore...most of it fanciful imagination. But I will tell you that I live within sight of a crossroad, and I occasionally catch glimpses of things for which  I have no explanation and question their reality. I may have an active imagination, but it isn't that good...and I am usually wide awake and fully functional at 3 a.m. I have come to accept these glimpses into an other dimension as just a part of Nature that is not meant to be seen during the day. I don't believe in the supernatural, per se. I don't believe there is anything in existence outside Nature, but I do believe there are things that aren't seen until they are meant to be revealed. Maybe that's the way the gods intend it to be, maybe it takes a particular level of spiritual development, or a gift of second sight. Maybe it takes all of that-or none of it. I don't have an answer... I just have the strength of knowing from my own experience, which I believe is an individual thing for each of us, another quirk of the psyche that makes us each unique.

Right now, I will sip my lemon tea and listen to the sounds of the night...and bask in the light of the moon.

Posted by AmethJera at 1:02 AM