Raise The Song of Harvest Home! 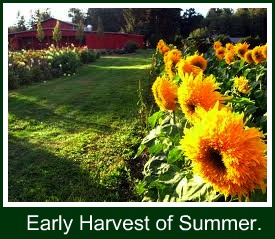 Summer has sped by so fast-with the heat and humidity here, that's a good thing, as far as I'm concerned. After being a life long Northerner, I'm still used to the change of the seasons here in North Carolina. I have to say that I'm thrilled there is an actual demarcation of the seasons here which make each distinctly unique-something we didn't have where I was raised. I am not a Summer person.  I love the ocean, but I hate beach crowds. I go to the beach in March, when it's cold and deserted for a reason...I'm selfish and want the beach to myself. I don't want to be run over by guys tanked up on beer and playing Frisbee, and as a redhead, I certainly don't bask in the sun. I can't stand shaking sand out of my clothes and hair. I don't mind sweating, but I want to be doing it for a reason, not just because I'm sitting in one place and it's 100 degrees.

I do love the long Summer evenings, when the night critters are out and about and the fireflies play through the trees. I like walking downtown in the cooler evening and seeing the folks sitting out at sidewalk bistros and the music wafting between the restaurants and local watering holes. And I like college kids. There's a vibrancy and  excitement to their youth that's palpable. I like sitting at the end table outside at Whole Foods in the evening by my self, sipping coffee, occasionally glancing at the local alternative news paper and savoring the quasi-bohemian vibe.


In the Northern Hemisphere the Summer will be gone in a short few weeks. Pagans ( and others) who celebrate an agrarian calendar will be preparing for the first harvest festival on the Wheel of the Year on August 1st: Lugnassadh, or Lammas. The Irish call it Lugnassadh, or Lugh's Day, for the Celtic God of the Grain. The Church has given it the common name of Lammas, or Loaf Mass, the first day of the harvest season when the grain is cut and the loaves baked from new grain are blessed. It's a festival time in many places, when the fruits and vegetables are starting to be gathered. In a few places it's known as Harvest Home. 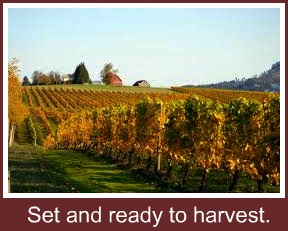 Harvest Home reminds me of an old hymn we used to sign when I was a kid at the Thanksgiving holiday here in America called, Come Ye Thankful People Come. I'm still puzzled why we celebrate Thanksgiving with the icons of apples and sheaves of wheat and corn when those things have long been gone from the fields. At Thanksgiving, the harvest is over. We are thankful for it, but the fields are then sad and empty. The bounty has been brought in weeks before.It seems a bit anti-climactic to me to be singing about Harvest Home when everything has been cut and stored.


Despite the slight time rift of seasons, it's a great song. The words are triumphant and glorious and bittersweet.When I decided to fully embrace Paganism, I began singing this song at Lugnassadh because it felt more appropriate to me to be thankful for the end of the local growing season by singing about taking the crops out of the field when it was actually happening. And yes, it is a Christian song- but no religion owns sentiment, so with a few lyrical revisions-or a shifting of mindset and dropping any hold-over prejudice - it's a great song that can carry through from Lammas to Mabon  to Samhain with ease. This version is from the Anglican Hymnal of the Church of England:

If you can't get past the words God and Lord, then try adjusting your thinking to be more generic. It doesn't mention a specific God, and yea, there is an argument that it's the Christian God who it's intended to honor- or is it? Remembering history, when the Romans brought their state religion to the British Isles, the core of the population just nodded their heads politely -I suspect because they wanted to keep them attached to their bodies- and went along. But we all know what they actually did and how they simply disguised their local deity and everyone was at least superficially happy for awhile. Singing it with your God/dess and your Lord in mind resets the devotional intention; if it still bothers you, substitute Lugh for God see what happens. See? it's a great song and fabulous invocation for a Lugnassadh circle...as it should be. 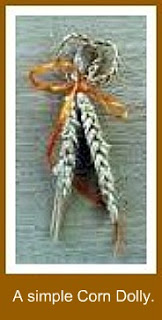 I will admit that I shuffle around the verses and begin with the second verse because I think it's more in keeping with the story beginning with Lammas. ' All the world is Lugh's own field,  fruit and praise to Him we yield' seems to me to be a proper opener which sets the background of the story. I then insert the first verse between the third and forth, and the story becomes more cohesive as it heads toward Samhain. You can also pick individual phases out to use as chants. I've done this as a solitary and written entire rituals around this single song by using the verses as introductions to the various parts of the ritual. I've woven wheat knots and made corn dollies, rocking back and forth to the meter of the tune as I chanted them. I've used the song in public ritual interspersed between sections as I've told the story of the God's sacrifice of spilled blood so the fields will continue to flourish and the people survive...and non-Pagans get it, because the literal element of this being a song about agriculture has been lost to the purely spiritual side.It's a great lesson in the balance of Nature and Spirit that most people don't think about because the connection with the natural world has been lost and over-run by the whole iconic concept of Thanksgiving.

To me, Harvest Home is a song not only about giving thanks, but about hope and belief. Maybe, if you chose to incorporate it into your worship during the Harvest Sabbats, you will find that for yourself as well.

Posted by AmethJera at 2:09 PM