Week P of the Pagan Blog Project 2013
Let's spend a minute discussing Pagan Standard Time-but only a minute, because in my humble opinion, that's all it deserves. PST is the bane of all ritual leaders, event planners and anyone with a courteous bone in their body.

At the risk of sounding like a Victorian spinster Aunt with nothing more to do than police the behavior of others, I'm here to share my displeasure that this pathetic excuse for continual tardiness still exists in our community...and that some of us still find it hilariously amusing.

I suspect Pagan Standard Time was so enthusiastically embraced by those in our community who needed to extend their angst with The Establishment to all areas of their lives. Eschewing any vestige of what is acceptable in society in general,as it were, is a hallmark of the bohemian/hippie-dippiness of a specific personality type that was attracted to Paganism/Wicca in a bygone era and is unfortunately being
echoed by a new generation eager to practice a form of these magickal paths which they believe reflect back to a Golden Age of Occultism in the 60's and 70's. While I find that period interesting in a historical context, I am left absolutely cold by the attitude of shedding civilities just because we can. Being punctual does not make you any less militant in the eyes of those you seek to impress; it doesn't make you a sellout or a member of (gasp!) The Establishment. Patty Wigington of About.com's Pagan.Wiccan page summarizes it in a nutshell here: http://paganwiccan.about.com/od/glossary/g/PaganStandard.htm

What being "on time" may do, however, is show you are trustworthy, dependable and responsible. All of those things are required of a good leader ( along with many other characteristics, to be sure). It shows you take your spirituality/religion seriously-to both others and yourself. Some of our worship and magickal practice requires specific timing for particular things to happen. Saying, " Oh, the hour for this spell to be at it's peak of power is the ninth hour in Scorpio on Tuesday...but I'm going to be tied up watching a rerun of Bewitched, so I'll just do it at Midnight on Wednesday. The hour and astrological sign doesn't really matter", and then wondering why things didn't turn out the way you hoped? Well, that, dear one, is squarely on you if you lapse into the use of Pagan Standard Time. Humor a side, it is truly inconsiderate to continuously show up late at  rituals or meetings. It affects the entire vibe of the occasion and shows disregard for the rest of the group. Of course there are times when an individual will be unavoidably late due to an unforeseen circumstance, and those occasions are taken into consideration and forgiven.

Pagan Standard Time is one of those things we should cast far from us, for it has outlived it's usefulness- if it ever had any.

Posted by AmethJera at 2:17 PM 0 comments 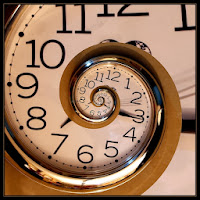 Pagan Blog Project 2013, Week O
By the sixth century, the Christian Church had developed an order of worship which followed the life and ministry of Jesus Christ. The date of the celebrations following the Jewish Ritual Year and pagan or agrarian observations of the seasons were co-opted by new, Christ-centered holidays. These holidays-holy days- corresponded to the specific events which eventually formed the Calendar of the Christian Liturgical Year.

High Holy Days usually had a corresponding season of their own: Christmastide, Lent, Easter, Pentecost, Advent. Days which were not designated as holidays were kept as feast days of a particular saint. The Communion of Saints was kept in the forefront of the public memory this way.[http://en.wikipedia.org/wiki/Ordinary_Time] During the Church reforms of the 1970's, Ordinary Time was restructured.

In the Wheel of the Year, we find a different concept of time where every day is sacred just for being a new beginning. Everyday has the potential to be celebrated and for worship to take place, not just the Eight Sabbats[http://paganwiccan.about.com/od/holidaysandcelebrations/Wiccan_and_Pagan_Sabbats_and_Holidays.htm]. All of life-and everyday-is sacred. There is no need of it being a special day to be in awe of Nature's gifts and beauty. We can be thankful for our homes and loved ones and worship the gods whenever we choose. Because of this, "ordinary time" may be the most spiritually beneficial of all times in our common life and community.
Posted by AmethJera at 4:25 PM 0 comments

A Feeling In The Air

While the weather is still seasonal here in the mountains-that is to say that the days are sweater-worthy and the nights cause the proverbial "frost on the pumpkin", I sit in the gazebo with a cup of hot tea late at night in stillness. This little mining town is a different place after the sun goes down and the sidewalks roll up: Like all places that have know hardship and hard times, that has been visited by suffering, there is an air of bitter sweetness that haunts the night. On one of our frequently foggy evenings, I caught a glimpse of the shadows of someone leading a mule down Center Street not long after I moved here. Their forms were solidly discernible in contrast to the mist. I am quite certain it was an apparition that had come out of the many spiritual portals I suspect exists here. About a week later I learned that there is a brace of stables used when the coal mine was in operation around the corner I saw them turn just before they disappeared: I found the buildings which are currently used for storage on an evening stroll. In 1884, there was a huge explosion in the mine that killed over a hundred men, women and children. Most of the victims are buried in the cemetery just outside of town-many in a mass grave. Their spirits are palpable to me much of the time.

Tonight, there is the spirit of another, however. It is not human: a child of Cernunnos ambles down from the mountain, his hooves barely audible on the brick street. His rack of antlers is small, but his long legs give him an air of elegance as he reaches up into the branches of the apple tree just beyond the parking lot of my new home. As he pulls a piece of fruit free, many more apples rain down on him. He continues to graze and consumes several of the small but succulent fruits. When he is satisfied, he disappears silently into the darkness, leaving me feeling that I have been extraordinarily blessed by Nature to have shared this moment.

As night grows longer, there is only the sound of locusts, but there is a vibration, a thrumming as the Veil thins around me in this place. I know those who have lost their lives or lived in this town will be returning as soon as that thinning is complete and they are able to cross to walk among the living for a short while. So much of the history of this place is connected to Death; yet I wonder if the appearance of the deer isn't a subtle sign that despite this, the annual cycle of Life is very much still continuing amid the decaying buildings.
It seems to me that we focus so much on the past that we forget that how we live here now will be the history of tomorrow. So many of us are waiting for this place to draw it's last breath that I wonder if they have forgotten that a sudden breath of air might be all it needs to live. 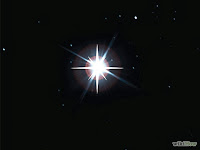 Several months ago, my friend Ann recalled a dream she had about the North Star. Ann is a gifted musician and teacher, and my " go to" elder in the Pagan community. She is a bright, funny,sassy, and smart crone who's not afraid to speak her mind. She is most often right. This dream, however, perplexed her.

The other night I had my own dream about Ann's dream. I've been interested in dream interpretation for nearly 30 years since I was involved in a Jungian analysis group sponsored by CenterPoint. I've used the information from that group as the springboard for most of my analytic work. This is the first time I've actually dreamed about someone else's dream. I lay credit for that directly to the work of Scott Cunningham in his book Dreaming the Divine [http://www.amazon.com/Dreaming-Divine-Techniques-Sacred-Sleep/dp/1567181929].

Sleep is indeed sacred. We enter an altered state of consciousness known only to our psyche. I believe that during sleep we connect most truthfully and easily to our higher self and Shadow, unimpeded by any attempt to influence what is personally true through masking by the psyche. In the state of regenerative sleep, we are free of any interference from mind chatter.

Back to Ann's dream about the North Star...

In the dark firmament of the heavens, the North Star is at a fixed point ( in the Northern Hemisphere; in the South, of course, it is the South Star). Navigators have used the North Star for this purpose. It is a reliable reference, a constant. Regardless of whatever else changes, the North Star is always there when we need a grounding point, or someplace from which to start. Ann herself is much like this. She is a reliable life resource, a wise woman and elder. Her opinion is respected by those in our little earth-centered spirituality group. A wealth of information on many subjects and traditions, she is our very own Crone Priestess-although I suspect she is blissfully humble about this. A master magickian, she has taught me to apply simplicity and patience to my workings. Whenever any of us feel adrift, we find ourselves wondering what Ann would say about whatever it is we're discerning.

Ann doesn't know that she is the North Star; I believe it's something she should come to own in the future. Her dream presages her gift of constancy and presence in the community as an elder. We have far too few like her, both in her discernment and ability to nurture. I aspire to this as I stand at the doorway to my own Cronehood.