Mid-January in my neck of the woods leaves folks a little....well...bored. Not a lot to do in the remote area I call home when the snow comes and we're sporadically cut off from the larger community. Temporary cabin fever takes it's toll and some of us get, um, stir-crazy. Especially those with already fertile imaginations fueled by alcohol and drugs, or old-timers who believe in the abundant superstitions and legends of Appalachia.

Don't get me wrong, I love these superstitions and legends because they give color and richness to mountain life.  It just seems that at the time of year when things slow down, tales about them become more frequent, vivid, and...personal. According to several locals, an odd monkey-like creature with white fur has been peering into windows and seen in the yards of a handful of houses situated on the ridge that backs up to the deep woods. It has variously been described as standing on two feet or walking upright, covered in shaggy hair. I've listened with interest to these descriptions, abet with a raised eyebrow and more than a dose of skepticism due to the matter-of-fact way these stories are told in due course of conversations on the bus on the way to town. No one seems upset by the appearance of the creature. There have been no calls made to 911 or area Department of Wildlife Management, no descriptions of unusual tracks in the mud or snow, no odd sounds. Maybe it's just me and because I will forever be considered an outsider here, but suspect if I saw something like that looking in my kitchen window at me, I'd have a difficult time keeping my composure.

So of course, upon returning home, I started researching, and low and behold, our crypto-critter actually has a name...The Virginia Devil Monkey! Appalachian Magazine (which is a great read,by the way) did a story on it in April of 2017. Although the description varied from what I was hearing locally, I seems to be the same sort of creature [http://appalachianmagazine.com/2017/04/27/virginias-mysterious-devil-monkey-sightings/. There was an officially recorded incident of a couple being attacked in their car in 1959 near the town of  Saltville, VA. An earlier sighting in Tennessee matched what the couple saw.

Digging deeper, I found  the creatures have not only been spotted in surrounding states, but throughout the US as far north as Alaska [http://cryptidz.wikia.com/wiki/Devil_Monkeys]. Every description includes the characteristics of a primate similar to a large baboon with powerful back legs and huge canine teeth, which can leap great distances, run fast and become aggressive if approached. These descriptions have been careful to distinguish the Devil Monkey from Bigfoot.

In fact the TV show  Animal Planet did an episode on alleged Devil Monkeys sightings in nearby West Virginia a few years back, and Strange New England did a post in 2015 citing 11 eyewitness accounts in the same incident [http://www.strange-new-england.com/2015/10/22/devil-monkey/]. In an excerpt from the book Mysterious Creatures, there was a 1973 sighting in a suburb of Pittsburgh, Pennsylvania, and another in Lake Monroe, Indiana in 2002. Clearly, something is being seen. Accounts of the sightings by named eyewitnesses seem to be sincere and genuine.

So what exactly is everyone seeing? Is it an undiscovered variety of primate living deep in the forests of Appalachia (where the majority of the sightings have occurred)?  Are our local version of the Devil Monkey descendants of feral primates which escaped from a circus, traveling zoo or even on slave ships, according to some area legends? If so, how can their being seen in far-flung places as Utah, Montana, New England and Alaska be explained? Are they some sort of  unknown hybrid cryptozoic animal related to the legendary chupacabra as some have suggested ? What do you think?

Posted by AmethJera at 4:15 PM 0 comments 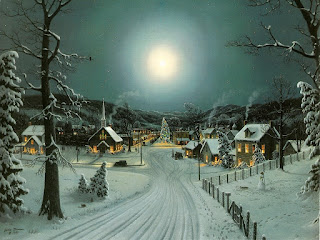 Like most writers, I sometimes sit with pen poised on lined yellow pad, wondering what the subject of my next blog will be. That doesn't mean I have writer's block- to the contrary, I have five nearly-finished blogs waiting. Print journalists, poets, songwriters-no matter the medium, we all do it. There is a time when we ask, "What's next?"

Most of the time I write for myself; it's satisfying to see your own thoughts in print. But this is also the way I teach. It's the way I share in our community, which I think is important because for so long it was necessary to keep the teachings of our Craft and the practice of our spirituality under the radar. We can and should communicate with other members of the community to encourage and support one another in our personal development. It's vital to do this because critical thinking and discernment takes us out of the realm of Hollywood's projected idea of the occult, magick, spellcraft and what it is to be a Witch/Pagan. I will continue this work as long as I can, and as long as there is a place for my voice to be heard.

I have a running list of topics to write about that I am constantly adding to because I, too am a reader with a need to know. I want to hear other opinions because that helps me to hone my own, and I'm interested in what others want to write about. As an esoteric practitioner, I am a perpetual student. I'm sure many of you feel the same way, so having said that, if you have any suggestions for topics you'd like to explore, leave a comment here, or on the Facebook page, or at the email address to Broom With A View in the sidebar. I look forward to hearing from you. In the meantime, I'm just going to keep putting down the thoughts in my head that flow to my fingers...
Posted by AmethJera at 6:20 PM 0 comments