Days Outside Of Time 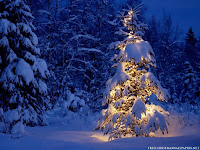 Christmastide-or whatever you'd rather call it- traditionally lasts 12 days and are considered by many to be days outside of time, reclaimed from the change of one calendar to another. The period encompassing Yule (Winter Solstice) to 6 January( Epiphany) has a particular vibe that has always felt other worldly to me in the same fashion as Halloween (Samhain). They are a part of the phenomena of  'thin places'-sacred space which transcends reality and time.


In the British Isles, the period from 26 December to 6 January are known as the Omen Days. There is a type of divination involved where each day is assigned to a month in calendar order, and so omens that are observed on a specific day are traditionally assigned to the corresponding month,e.g.,Day One is January, etc. The only difficulty with this is discerning the omens themselves. A disciplined and trained eye is required in the identification, but building the skill is easily achieved by a few minutes of daily practice.

Some occult practitioners use this time to make predictions for the New Year using Tarot or other oracles. Others use deep meditation to make a psychic connection. Still others- and I count myself among the latter-use intuition or a 'gut feeling' to guide them into reflections. I do most of my psychic work intuitively ( and most of which I keep to myself, because I also realize that those feelings will be colored by my own projections). Even though I have posted some predictions of my own in the past in this blog, I haven't made a habit of it because my background in psychology tells me that what is coming through is just as likely to be due to environmental influence rather than occult knowledge of the future. The eminent psychologist Carl Jung posited that the symbolism of the Tarot  “are sort of archetypal ideas, of a differentiated nature.” I believe this to be so, as with all intuitive tools.

These last few days of the dying calendar year and first few days of the New Year have always felt anchor-less to me : giddy and fuzzy and a bit like walking through fog. The feeling is not as disagreeable as it sounds, but all the while still disconcerting. Perhaps it is due in part the myth and illusion attributable to Carnival, or simply the resistance to ending what is known and the uncertainty of what is new. Whatever the cause, this is not ordinary time.

Truth be known, I find most 'world predictions' to be more entertaining than anything else. Some are so obviously inevitable that they cannot miss coming true, others so vague to be applicable to a variety of situations. The ones that come out of left field are what I find so stunning and give credence to the prognosticator. Okay, so I'm a little jaded on the subject. There are a lot of fake psychics out there, and they irk me because 1.) the public tends to lump those with the genuine gift of second sight  in with them,  and 2.) they take advantage of the gullible.

It's been said that what you do at the beginning of a New Year sets the pattern for what will happen during that year. I believe this is where our urge to make New Year Resolutions originate. Sounds beneficial and positive, right? The problem is that as humans, we tend to to be more enthusiastic than realistic in our goals. We are good intentioned but miscalculate our ability and shun putting forth the effort to achieve measurable results. We are impatient and want instant satisfaction. These are somewhat immature but thoroughly human characteristics. And we all do it to a degree. At least I know I have. I am as slothful as the next person. So to combat the feeling of failure, I don't make sweeping resolutions. Instead, I start out slowly making changes and don't beat myself up if I discard something after awhile because it isn't working or doesn't feel right. I have to keep reminding myself that it's okay to do that and not feel guilty about it. Time will eventually give me something else to fill that space.

That is the beauty of having days outside of time: they turn what you believe upside down by being open to an alternate possibility. They are liminal and suspend expectation.

However you spend these days, stay mindful of their magic.

When All Is Not Merry And Bright

There are moments when all is not calm and bright at Christmas with me. There is no Silent Night. No heavenly peace. While angels may  hover about, they are invisible and soundless. " Glory to God in the Highest" are words that are foreign to my tongue. So is the "comfort and joy" of the season.

These are the occasions when the ghosts of Christmases past haunt my consciousness. Thankfully-due to the settling in of age or effective therapy ( maybe both)-they occupy less space in my head now than they have in years past...but they are still there, ready to jump out at opportune moments of idleness or weakness. Most of them are 50 years or so old but they still sadden and wound. Angry words and derogatory phrases still echo briefly from the past like random puffs of air. They pick at old scabs and bring blood to the surface. I doubt they will ever fully go away, and so I take them as a synergistic contribution to who I am as a whole. To forget and deny their existence is to dishonor the integration and growth of who I have become so many years later. It has taken literally years of discernment and examination to arrive at a place where I am comfortable with myself. And still, there are those brief flashes that disturb and rupture my contentment.

I am constantly recovering from the old wounds and perceived slights of the past. It's not that I wallow in self pity; I have chosen instead to recognize their damage and move it into a healthier perspective. Personal growth is hard work. Much of it is far from pleasurable. But I am just stubborn enough to look the bad stuff in the eye and tell it that it holds considerably less currency with me than it used to. Nowadays I defiantly reject what it whispers in my ear in the wee hours of the long night.

The best thing I can say about my past is that I survived it.

I have reclaimed the Christmas holiday for me. I have combined the myths and beloved stories into something that speaks to my spirituality and growth. Things are no longer writ in stone: they morph and change to fit my expanding understanding of what it is to be human. The Nativity stories of the many gods born at this time of year have been transcended year by year into the story of my own nativity- not as being reborn so much as honoring the place where I originate.

Scrolling through Facebook, I came upon these lovely thoughts by Mary Ann Perrone. Reading it was a 'yes' moment for me because it confirms how I feel about things at this point in my life.

I am no longer waiting for the other shoe to drop; It already did, and I survived.

I am no longer waiting for the time to be right; the time is always now.

I am no longer waiting for the mate who will complete me; I am grateful to be so warmly, tenderly held.

I am no longer waiting for a quiet moment; my heart can be stilled whenever it is called.

I am no longer waiting for the world to be at peace; I unclench my grasp and breathe peace in and out.

I am no longer waiting to do something great; being awake to carry my grain of sand is enough.

I am no longer waiting to be recognized; I know that I dance in a holy circle.

I am no longer waiting for Forgiveness. I believe, I Believe.

Posted by AmethJera at 5:20 PM 0 comments

Email ThisBlogThis!Share to TwitterShare to FacebookShare to Pinterest
Labels: Thoughts on Christmas

Heard Only In Silence 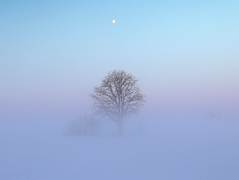 I have written in this blog previously about being more sensitive and psychically aware in the middle of the night and wee hours of morning. Many of us on this path are. The Divine speaks to me more clearly in these hours, when most of the work-a-day world is sleeping. In the relative silence of that time, I am better able to observe the world around me. The other evening there were seven deer just outside my window,driven by hunger to feast on the acorns fallen from the oak not more than 10 feet from the building. In the silence I watched six of them walking about on long, graceful legs before being joined by a magnificent buck. His antler rack was so large that it cast a shadow across the ground from the street lights. We sat together in the darkness and  silence for at least a quarter hour,  connected by simply being. I consider it my Yule present from Nature.

The old saying is that "silence is golden". I say silence is a gift. It is Peace and Tranquility and the place we go inward to dream and renew our soul. While it is the place I believe we are closest to the Immanent Divine, it also the place where we meet our demons. One always seems to be in proximity
of the other, and without silence and discernment, it is difficult to know which we are dealing with, which is why examination of the self was a part of these long, dark nights for our ancestors.

The late mystic Thomas Merton speaks of the secret that is heard only in silence; to him silence was the voice of God. And despite changing definitions, I believe it still is exactly that. Silence holds space and fills it with possibilities. Silence fills that space with love and even more of what bonds us as human beings to one another and all other creatures. It is in this silence that we hear the murmurings of Earth and the crack of the spark of Life.

We no longer fear the darkness of this time of year as our ancestral tribe once did ( speaking from the First World, because this is still a very real threat in the Third World.) I believe we should listen within the silence, embrace it, and celebrate what it teaches.

And with that I wish you a Blessed Solstice wherever you are, a Joyous Yule, and a Merry Christmas- whatever speaks to your heart.