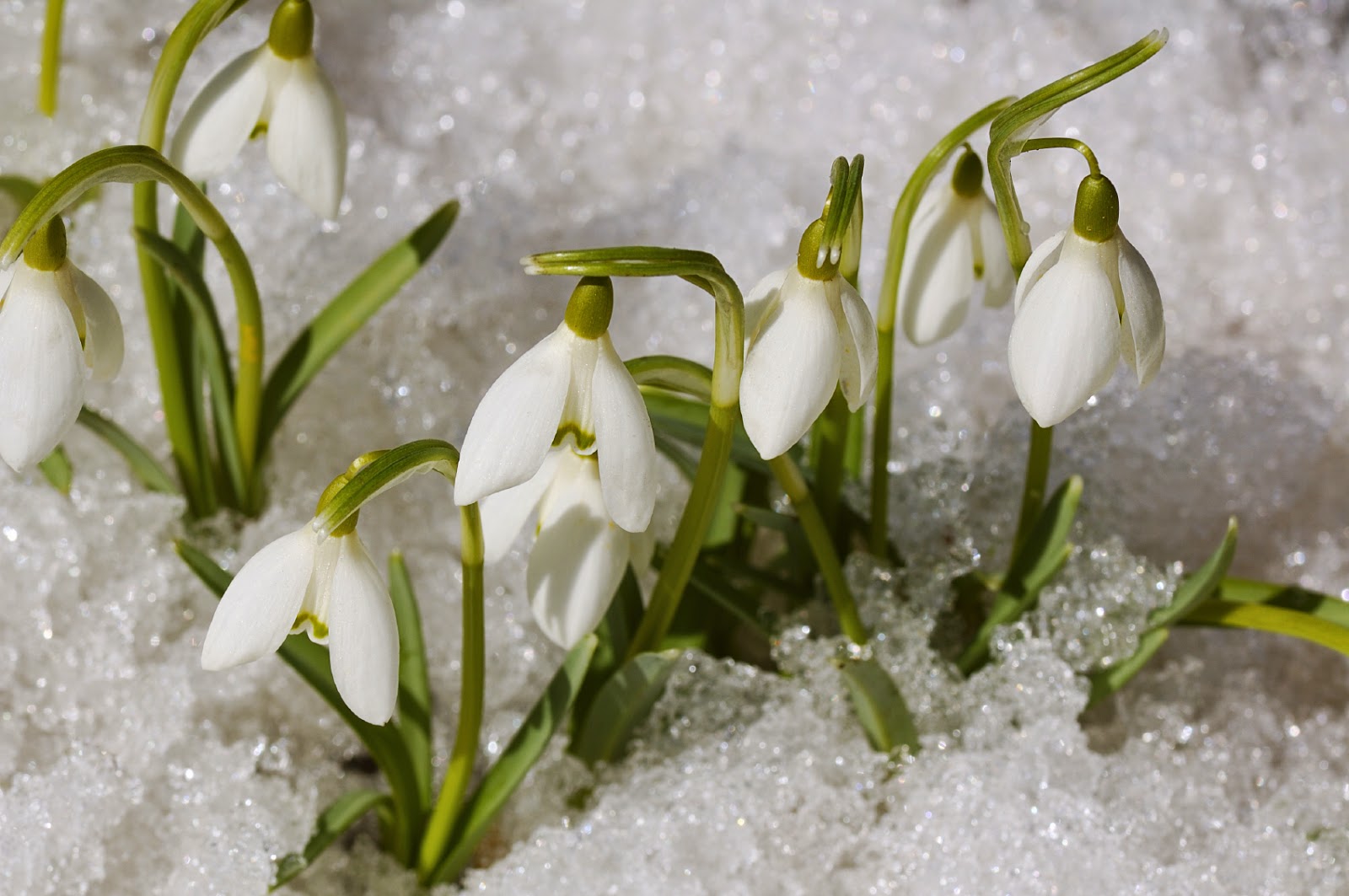 "(Imbolc is a) Holy Day of the Goddess Brigid when we Rejoice in the Life that Grows Within."
~ Phyllis Currot,HPs/Founder,Temple of Ara

I have a personal affinity for Imbolc; I made my dedication to the Craft on the Feast of Brigid, my patron, and was honored with the 3rd Degree in the protoGardnerian tradition which I was involved with at the time. If you're a follower of this blog, you'll already know how much I adore all things Autumn, but I wanted to set this special time in my life apart from that time of year because it felt more 'right'. Perhaps I wanted another reason to celebrate something personal during the year? Perhaps it was not I who made that decision, but the Goddess who rules the Wheel of the Year. The early days of February are when the first stirrings of Spring appear after the long sleep of Winter. In the place of Deep Indwelling- where I tend to live during the cold, long nights of this time of year- a simple fire burns. It's enough to illuminate the place where I study and write, and it comforts me as the wind howls outside and the snow covers the mountains. As I emerge from Winter's hibernation, I ready myself to carry this light with me into the world that I am now ready to re-emerge into. After a Winter's rest, I am fully ready to engage Life once more. I bask in the brightness of the fire, both my own and that of the increasing sunlight.

One of the simple joys of being here in the mountains is that I am living closer to nature now. Despite all the little things that are mutable for me about the area, this one thing stands out because it has become the binding thread; I can walk out of the building where I live and literally walk into the woods. This tiny town is surrounded by a dense forest teaming with wildlife. The remoteness of the place has its joys ( watching a herd of deer grazing in the lot across the street, wild ducks and geese nesting along the banks of the creek that bisects town, being surrounded by the beautiful Appalachian Mountains)  as well as its frustrations (no place to go to just sit and have coffee, no bookstore, limited choice of where to grocery shop, limited public transportation options). I was born in a major Southern city and  raised a stone's throw from a major Northern city; my formative years were spent being educated in New York and Washington, DC. I commuted back and forth to Colorado, LA and several other big hubs for employment, but my heart always yearned to be in the country, and preferably in the mountains...and finally, here I am. We have four distinct seasons here, and I for the first time in my life I love all four of them. Autumn, of course is still my favorite-but Spring is competing as my seasonal muse. It's magical-and comforting-watching minute shoots of green this and that thrusting their shoots up through the ground cover. The feeling of  awe I get watching the buds on the trees just outside my window increase in size and strength day by day as the sun grows higher in the sky over the mountains overwhelms me with the fact of just how lucky I am to be in this place at this time.

And yet...I long for more, for what is beyond because I know that something grand is just around the next curve in the road. It is already mine, a gift from the Goddess and God who love me without measure and all I have to do is claim it.

Brigid of Ireland - my patron- Creatrix of the Forge, Poetess Sublime, Compassionate Healer-is also the patron of many of those who lived here when coal mining was at its zenith and who populated these mountains.  I can feel her presence everywhere. She is alive, but most notably along the many creeks and wells that pepper the area. There is physical evidence that she is still remembered by the sighting of an occasional 'clootie' ( a strip of cloth) tied to the branch of a tree that grows next to the water. At first I thought what I was seeing as simply a piece of clothing that had been caught in the briars and torn loose-maybe someone had been out picking blackberries and become entangled. Seeing several more in different places confirmed to me that this was not a random occurrence, but a deliberate act of devotion by someone. Mountain ash and hollies are plentiful here, and ash is the tree which most often grows next to sacred wells in Ireland (and the British Isles), where this practice is common.

Making and Using Clooties:Clooties are thin strips of fabric torn into ribbons. They are usually made from old clothing or rags (Remember, we're talking about people who had little in the way of possessions and wasted nothing).According to tradition, a clean strip of fabric is dipped into the water of a sacred well or creek, and used for anointing for healing, then tied to a tree branch so they prayers were carried by the wind to the Divine. In a variation of that, the ribbon ( which in this instance may be specially selected from a piece of fine quality or expensive cloth) was dipped into the holy water source and tied to the tree accompanied by prayers petitioning a specific deity (usually Brigid because it's "her" well), or to the spirit of a place as a type of votive offering. As the clootie disintegrates over time, the physical disorder or illness lessens. Otherwise, the clootie can be used as a kind of ' prayer flag'.

Tying the strip to the tree is usually accompanied by a short prayer or brief ritual. Prayers of supplication, thanksgiving or devotion are sometimes said as the individual walks sun-wise around the tree or water source (if possible). Depending on the nature of the act, other items may be left also:
a coin or a stone, and occasionally religious items such as a rosary, small cross, or prayer card. In the case of thanksgiving for a healing, crutches and other medical devices have been left as a testimony of  faith. Please remember that if you take something from the site when you leave your clootie, you should 'pay' the nature spirits by leaving them a separate offering such as a a coin, a splash of milk, rum or whiskey,or some other appropriate gift.

Posted by AmethJera at 3:20 PM