Your Path, My Path 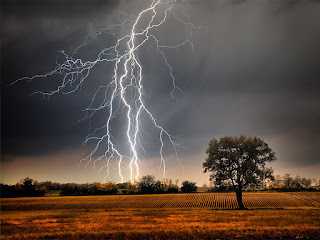 Like many of you, I am tired of , for lack of a better term, "witch wars". Likewise the haughty attitude of  "My tradition/magick is better, stronger, more worthy, more authentic, more _______( fill in the blank)."


ARGGGH!!!! That was me screaming in frustration because I thought we'd been over this a few thousand times at least.

Just stop it. Stop it now. We have better things to do than to spew hatred and negativity at each other.

Don't we get enough of that from those outside the Craft and NeoPaganism who don't understand what we do? Isn't it enough we aren't taken seriously by the majority of society? Leave.Other. People Alone. The continual bickering and backbiting looks bad and makes all of us appear ridiculous. Stop the damn in-fighting on Facebook, Tik Tok, and Twitter. It makes us no better that the Christians some of us love to mock. No one tradition, occult/magickal or otherwise is right for everyone; each contain a grain of Truth.

Social Media is filled with Witches, Pagans and other occult/magickal practitioners lecturing, degrading and 'correcting' each other of perceived and imagined gaffs in methods, techniques, beliefs and other faux pas regarding particular traditions or practices.  I was formally initiated into a Gardnerian coven, so yes, I am well aware of magickal groups having "rules" and a belief system to follow. I also am aware that for the serious and experienced, those rules and beliefs are , unbreakable and static. What it is is what it is, and unyielding to change.This is what you do, and how you do it; there are steps to follow because that's how it's done because it works. I'm not disagreeing with that if that is your tradition, and that is how you practice, then that is right and correct for you.

Others have a more eclectic approach, picking from a variety of sources and traditions which meets their needs and suits their intentions because they get results - and that is right and correct for them..


You may not agree with their practice and think it's scatter-shot or appropriation, or whatever popular term is currently in vogue to express your level of personal outrage. That's fine, too. You get to be upset about what you perceive as bastardization of your sacred rites and tradition, and you get to express that outrage as much or as little as you see fit. But what you don't get to do is condemn anyone else for doing what works for them because however you feel about it, you are only a self-appointed expert. You may think that as a follower of a particular spiritual practice or tradition that you  know the character or nature of a deity, but you are not that deity, and I suspect the majority of those deities can and will speak up for themselves without any of us mere mortals putting in our puny two cents worth to someone causing them offense. Bellyaching is a waste of precious energy and time unless you like hearing yourself talk, talking down to the next person doesn't make you superior, it makes you sound like an ass. While it's perfectly acceptable to say, " I disagree and I believe in doing it this way", it's not okay to tell the other guy he's going to be damned by the gods ...because YOU might just end up reaping the result of your vitriol. I'm of the mind to let the gods handle it. We learn from our mistakes.

Everyone of us have a different understanding of worship. Everyone of us has an individual concept of how things are or should be.That is what is right and true for the individual. Each of us have developed a personal practice, whether a seasoned devotee or newbie. For what it's worth ( and because it's my blog), my opinion is that an individual's pure intention is more pleasing to the Divine than a few gaffs or false starts, or faltering on the fine points. You may disagree, and you may say so...but you don't get to bitch about my way of doing things because the ultimate truth is that everything we do, in all of our traditions and practices, originates from Mystery. I've heard the simple statement that we all draw from the same well, and for the most part, I believe that to be true because my experience is that all  occult practices stem from The Unknown. Poisoning that well with hatred and negativity negates the work of the Greater Good, and it's a fact they you often die from poisoned water.

My way of the Craft, how I form it, how I practice my spirituality, is between me and the Divine. What I do to get the results I need to have my needs met, are strictly up to me. If I screw up, well...that's on me. I do what I believe is right because it feels right for me. You do the same. I may not agree with your methods or beliefs, but if it benefits you, then that's all there is to it. To be frank, your opinion of what others do doesn't matter. And neither does mine.

Last year Witchdoctor Utu published a book about Harriett "Moma Moses" Tubman and the role conjure played in the Underground Railroad. Utu, who is the founder of the Niagara Voodoo Shrine, was vilified by of armchair voodoo and hoodoo experts for 'appropriation' of African spiritual traditions. These haters forgot one very important point in their criticism - that few direct lines to the traditions of years gone by exist and that what we now do is reconstruction from history, oral tradition, and myths. Our spiritual practices consist of an amalgamation, a blending, of beliefs.

Seriously, folks...let's go easy one each other. Yes, I do think there's a lot of silliness and grandstanding and bullshit, but there always has been and that's not going to change anytime soon. Go on about your business, do what you do, and give one another space to be who they are.

May the Path you're on be blessed.

Posted by AmethJera at 1:51 PM