Song for a Winter's Night 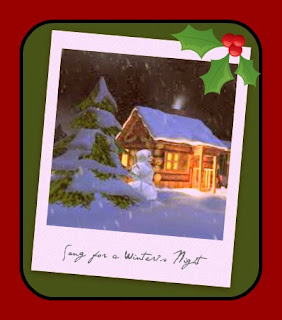 Gordon Lightfoot is a Canadian storyteller in the best troubadour sense of the word- his story-songs are so well crafted that once they hook you in,they beg you to listen. The gambit of human emotions play against a simple score, sometimes layer upon layers of individual elements are used to keep the presentation clean and pristine. My favorite Gordon Lightfoot song is Song for a Winter's Night, which is not a Christmas song, but I still look forward to hearing it during the holidays because this seems to be the only time they play it on the radio.

It has been covered many times by other artists (a particularly bad version by Sarah McLatchen, who did an airy-fairy rendition that traps you into a bad LSD trip) to Jim Croce and wife Ingrid Jacobson, who did it spot- on as a duet, and is probably sonically a better version than Lightfoot's own. (Don't remember Jim Croce? He was a folk singer in who was killed in a plane crash in 1973 and who's most famous hit was Bad, Bad Leroy Brown.Check him out, he was fantastic.) Secretly, I always wanted John Denver to have recorded it. Lightfoot's version has a no nonsensical depth of emotion to it- it is the voice of the every man.

The fire is dying now, my lamp is growing dim
the shades of night are liftin'
The morning light steals across my windowpane
Where webs if snow are driftin'
If I could only have you near
To breathe a sigh or two
I would be happy just to hold the hands I love
Upon this winter's night with you
And to be once again with you.


That's the entire song in three tight  verses; Lightfoot is a sparse writer. It's all the longing your heart has ever had in less than three minutes.You know exactly what the protagonist is thinking because it's all right there.

Kything, the Celtic spiritual practice of being in the astral presence of a loved one takes place in created sacred space, where you are both drawn in to be held in a loving way. You can sense the presence, see the familiar lines around their eyes and mouth as they smile, sense their warmth, smell their skin, feel a fleeting touch and hear their breathing.

This, I believe is the essence of Song  for Winter's Night. It is awesomely magickal and wondrously simple- a conjuration of presence,within the soft glow of a lamp, and perhaps a glass of mulled wine. What better way to sing of a winter's night?


[Find the best version of Song for Winter's Night on the CD Gord's Gold, a compilation of some of his very best and most popular songs.]

Posted by AmethJera at 4:02 PM