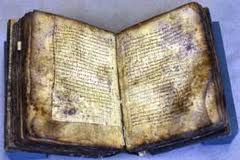 In the mid 1500s, Lutheran Theologian Philipp Melancthon wrote his magnum opus Loci communes rerum theologicarum seu hypotyposes theologicae (Common Places in Theology or Fundamental Doctrinal Themes) to systematically explore Christian Theology  and the Bible through the use of 'leading thoughts' and guidelines. Simply put, it was a book of 'talking points' on everything Christian. His writings were so distinct and through that Martin Luther himself declared there was no better book in the whole of Christianity save for the Bible. [http://www.lstc.edu/gruber/melanchthon/loci.php]

A literal translation of the Latin is not difficult: Common places of God. Not literal places such as holy sites, but subjects of intellectual discourse: that which pertained to all subjects common to the Divine. It is a encyclopedia of general definitions and short discussions written on particular subjects such as "faith" "law" "community", etc. At the time is was an exhaustive collection, although subsequent volumes were later written by others in the same genre.

Because Paganism is a diverse theological concept, we have many definitions of what it is to be Pagan. Those definitions are by and large individual to the practitioner. An adherent of a particular tradition would give  a different example of their belief system than the next person, even within the same tradition, because the experience of spirituality is unique for each of us. For example Wicca is a specific form of Paganism, but within that framework there are many different forms of Wicca.  Most Wiccans consider themselves to be witches, but not every witch is Wiccan. Not every wiccan is Gardnerian-inspired.  A common thread runs throughout Wicca, but there are no concrete absolutes. The books that come closest to loci communes theologici are Raven Grimmasi's Encyclopedia of Witchcraft, and the Element Encyclopedia of Witchcraft: A Complete A-Z of the Entire Magical World, and various anthologies by Buckland, Gulley and a few others on specific aspects of occult and/or paranormal practice. We have no one singular written authority on the subject.

There is no Book of Principles of Pagan Theology. One reason for this is because our community is still arguing about legitimacy and lineage. We cannot seem to bring ourselves to a place to honestly admit to ourselves that the majority of our traditions are reconstructions of ancient religious practices. In most instances the lineage of many traditions, and perhaps most of them, are not unbroken. There are periods where they changed, lost or ceased to exist for a time.

Much of the history of ancient religion and culture is based on oral tradition, and it therefore at the whim of whom ever was the story-keeper of that era. The ancient  history of many indigenous peoples has been seriously impacted by being retold by those who co-opted them. Anthropological reconstruction of culture and history is notoriously spotty.

In reconstruction of our belief traditions we make a lot of assumptions and take massive liberties...which few in our community are willing to admit. Somehow working from assumptions doesn't feel quite authentic and so to make up for a slender sufficiency of detail we, too, rewrite history by fleshing out the details. What is behind the niggling insistence of authenticity? It is more often a  matter of pride; no one wants to admit their 'background' may be a little thin in the details. It is all about an investment of ego.

There is nothing inherently wrong with the reconstruction of a religious tradition as long as we are honest with ourselves and truthful with others about it's origin. It is when we insist upon ancient, unbroken linage and pedigree that we get into trouble. It's when we start to put words into the missing parts of the ancient papyrus that are torn away  that we begin to weave a garment of  self-deception. Self-deception even as an educated guess is still deception. The antiquity or 'proven' lineage of a tradition does not make it more valid than that of any other. New systems of belief are not less lawfully begotten than established traditions if they answer to the personal needs of their adherents, for the spiritual satisfaction of the individual that his/her god/dess is adequately served is the only reason any form of worship should exist.

I posit writing our own personal Loci Theologici, every single one of us. From there we can measure what we have in common as a community, rather than our differences. What we have in common can lay the foundation for more than Paganism to be just an umbrella term. In building toward a common goal-without loosing our individuality-we can become more than  marginalized, and a less nebulous entity in the constellation of the world's faith traditions.
Posted by AmethJera at 12:37 PM