All Hallows Eve: The Blessing of Every Soul 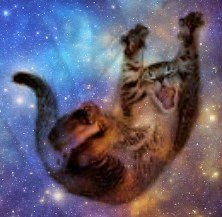 The other day I came into a discussion posted by a friend whose daughter had come home from CCD class upset because her teacher told the class that animals had no souls and when they died that was it...Kitty wasn't going to be joining them in heaven. A pretty heartless thing to tell a little girl especially in light of the fact that the elderly family feline had to be euthanized a few weeks ago and the grief is still fairly fresh. While I'm sure this teacher was only trying to relay the scripted answers and not deviate from the dogma of the Church written by Old White Men centuries ago was teaching from the approved syllabus, I fail to fathom was actually gained by coldly telling a child who was still in the process of mourning that her soul-less pet no longer mattered. It's not that she actually said anything wrong, because that's the Roman Catholic Church's teaching on the nature of the soul. ( And they are not alone, many Protestant Christian Churches share the same dogma.) This belief is based on the principle that all living things have a soul, and when that thing dies, the soul is separated from the body. In the case of humans the soul continues to exist because it is immortal because it is the seat of reason and intelligence, and therefore responsible for their actions. Animals, it is believed, have a different kind of soul because they do not share the intelligence that humans-made in the image of God, according to the creation story in Genesis. They are not self aware, and they act without conscience. They are not responsible for their actions. They choose neither God's will, nor their own.

I will debate most of the above until the day I die, despite my holding degrees in both theology and psychology, because deep in the place where I hold reason I know from personal experience that this bit of religious teaching is untrue. To begin with, dogma is man made written by Old White Men in long robes in the  age of ignorance.

Dogma is a creation of humans and not Deity.  It is a set of principles written by religious authority who hold it to be true. In other words,dogma is nothing more than the opinion of a particular set of individuals given authority by a specific religious body which is based upon the sacred text of their group. Therefore, depending upon my own religious beliefs, I can argue that this particular dogma is right or wrong...or, because I am not a member of a particular religious group I can totally ignore the dogma because I am in no way bound to that belief system.

Oh, but wait...does an animal's ability to relate and seemingly to communicate with humans mean that the animal possesses an immortal soul which will survive after death? Most theologians will say no, and I will still argue the point despite the Biblical pretense that humans are superior to animals and have dominion over them, and here is why: animals are mentioned by both the prophet Isaiah and The Apostle John in regard to the new heaven and earth, after the Rapture. Isaiah 65:25 says, "The wolf and the lamb will feed together, and the lion will eat straw like the ox,but dust will be the serpent's food. They will neither harm nor destroy on all my holy mountain, says the Lord." John goes on to mention Christ and the armies of heaven "riding on white horses" (Revelation 19:14) Clues from the Bible about what actually goes on in heaven or the afterlife are sketchy at best.

And while you are sitting there with your eyebrow raised, consider this little twist: according to the Messianic law, Jesus had to die to save the souls of humans alone. And why is that? Because animals, which still received the breath of God during the creation story, are true to their nature, act without malice, and are, in fact innocent of the sins of humans...they did not require redemption, because animals are without sin in the eyes of God. By this time I think it's a bit like going in and bayoneting the wounded after the war, but I'm going to also point out to all those learned folk who dare to suppose themselves to be experts on the nature of God (that's what theology means) that the only creatures that disobeyed God and were put out of the Garden of Eden were the humans. The Creator did not kick out any cows, chickens or goats. Even the serpent was allowed to stay. The Bible says plenty about which humans aren't going to heaven, but there is no mention of animals. To say that no animals will be in heaven is an assumption and the opinion of the humans who wrote it all down. There is no comment from God on the subject, and maybe for a good reason: it's a moot point.

It has been over a decade since I was the caretaker of an animal companion, but there are things I will never forget. I will never forget the look of understanding in my cat Tinker's eyes when I needed to vent or cry, and that she often reached out to comfort me with a paw on my hand or face. I will never forget the look of fear when I yelled at her over something, or the joy she shared when we played together, or how she rolled around at my feet or called out to me when I came home from work. There was a wise old soul in her, and maybe she didn't have the same reasoning as a human, but there was something there knowing and holy in those green feline eyes. She instinctively knew when things were good and when things weren't going well. I saw that. Those eyes told me when she became old and sick, and when the life we shared became too much. They were the same eyes that told me when it was time to let her go, and that she would be fine wherever her journey across the Veil took her. People who know me know that I'm logical and a rational thinker and that I'm not prone to flights of the imagination; I know this about myself as well. So on the nights I have felt four little feet gingerly walk across the blanket and that small form curl up in the band of my knees, I don't believe for one minute that it's my imagination playing tricks on me. I have been wide awake when a strand of my hair has been pulled across the pillow by an invisible paw. Theologians be damned. They will never convince me otherwise.

We don't know what actually happens in the afterlife and we don't know the true will or mind of the gods. Perhaps will never know until we ourselves cross the Veil. I believe there are things purposely left unsaid by the God of Our Understanding for us to experience, believe and have faith in. Mystery is supposed to be just that, despite what is written long ago by Old White Men in long robes.  I have more faith in what comes from the Place of Deep Indwelling than in books of sacred texts.

At that still hour during the darkness on Samhain that the Ancestors cross the Veil to come back to join the living, there will be photos of all my animal companions ( with Tinker front and center) on my altar right beside my friends and relatives. Right where they should be.

Blessings to all of us- animal and human- on All Hallows Eve. Let us share another supper that night  together on this night outside of time, at a table which knows only the boundary of love, with a bounty that comes from the heart.