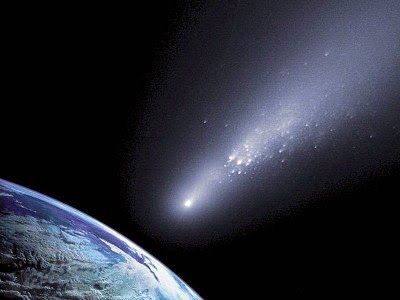 "Unless you people see signs and wonders," Jesus told him," you will never believe." John 4:48, New International Version Bible

"I will show wonders in the heavens above and signs on the earth below..."
Acts 2:19a, Revised Standard Version Bible

In the biblical account of Thomas meeting Jesus on the road after his death and resurrection and asking for proof that it is really him, Jesus obliges by letting Thomas put his hand into his crucifixion wounds and replies ( seemingly in exasperation), " Blessed are they that have not seen and yet have believed." Thomas needed more than merely seeing an apparition, he needed tangible proof to back up his spiritual beliefs. In my little part of Appalachia, there are certain churches of Pentecostal linage-namely the The Church of God with Signs Following-that practice snake handling, handling fire and drinking poison based on an interpretation of the following biblical passage:
"And these signs shall follow them that believe; In my name shall they cast out devils; they shall speak with new tongues; They shall take up serpents; and if they drink any deadly thing, it shall not hurt them; they shall lay hands on the sick, and they shall recover." [Mark, verses 16:17-18, King James Version Bible.] The rattlesnakes and copperheads used during these ecstatic religious extravaganzas don't always yield to will of the faithful, and every now and then someone sustains a serious bite and dies or expires from drinking a kerosene cocktail. The Bible also states that God will not be tempted or tested-so much for cherry picking scripture.

We humans don't seem to be very good at believing without seeing. We are always asking for tangible proof that things exist, particularly if the thing in question is outside of our  personal experience or comfort zone. Citing the verses at the beginning of this post, it seems we've been demanding proof since ancient ages, and perhaps, since the beginning of time itself.

We need proof of the gods' higher nature and claims of omnipotence. We demand proof of those claims through gloriously impressive events. Show me that you're who you say you are, and I'll believe. Give me proof. Usually the gods oblige us and send a lightening bolt or some tamer bit of proof of their divinity. Humans are cheeky beings: for not only do we demand this proof once, we keep at it over and over. It's not that we forget, it is that we're all doubters at heart. It's not that we don't want to believe-we just need proof to satisfy ourselves.

Indigenous peoples have worked with and held the belief in signs and omens for millennia. Like many modern Pagans, they believed that this was the way Nature communicated with us. Those signs and omens may not be as dramatic as the lightening bolt but just as powerful: a song may come on the radio which is the answer to a question you asked about a relationship, conversation with a stranger may give you a new view point that leads to a breakthrough, a hawk suddenly swoops down out of no where and guides you along a road. It could be something as simple as the tiny white feather that always fell from the sky when Forrest Gump questioned the Universe. Albert Einstein reminds us that "Coincidence is God's way of remaining anonymous";this was not the great scientist speaking religiously,but saying that reality is truly mysterious. Einstein had an abiding love of the mystery of Nature, and his way of framing that was to personalize Mystery in a way others could relate.[Religion as Art Form: Reclaiming Spirituality without Supernatural Beliefs,Carl L.Jech,
Wipf & Stock Publishers, 2013.]

Signs often make themselves known in dreams. If you've been having a dream where a theme specifically repeats, or if a particular item keeps showing up in different dreams, then that item can be taken as a sign. Some signs are actually created in the subconscious and appear in dreams as a message for the dreamer to pay attention to the meaning of such an item. The meanings in dreams are not set in stone; one dream dictionary may list a differing  description than another. Because the meanings of dreams are explicit to the individual, you may be left guessing as to the actual meaning of a dream sign.

Omens are a little looser in definition and their meaning may vary by culture. The appearance of a black animal portends an unlucky event in some European cultures, but the appearance of a white animal will mean the same thing in a few Asian cultures. ( The Chinese believe that a black bat is a sign of wealth.) A butterfly entering the house portends the visit of an important individual; in other cultures it represents rebirth. The place you are located contributes significantly to means.
[http://www.wofs.com/index.php/wealth-mainmenu-37/540-18-omens-of-good-fortune]

Working with signs and omens means paying attention to your surroundings; they are to be found everywhere.