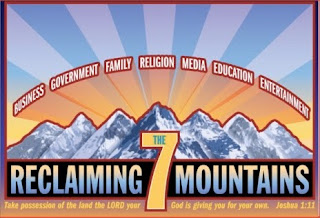 “The government of the United States is not, in any sense, founded on the Christian religion.”
—John Adams

I look upon the result of the recent US election as an opportunity to examine my faith and beliefs to further define exactly who I am. In the coming months, I might just have to use that definition to express the foundation of my spirituality to others when they are looking for a boogeyman. I believe the next administration will call into question our Constitutional right to be Pagans and Witches. Those challenges to our spiritual traditions will require from us deep understanding, commitment, and perspective. For me, and many others, it will be a journey to greater wisdom from within and an unprecedented closeness to understanding what we stand for as members of a minority spiritual tradition. God/dess help us because we're going to need all the help we can get.

In a climate of  portended persecution our personal beliefs must be solidly identified by us  to fight any opposition or oppression we may encounter. Our beliefs will most certainly be questioned and vilified because we don't fit the image of extremist Dominionist theology. In their short-sighted world, Pagans, Muslims, Buddhists and many other non-Christians are not only "the Other", but an enemy to be vanquished. Their theology mandate that they occupy all secular institutions, which has become a unifying ideology for extremists in the Christian Right. The extremist Dominionist theocracy espouses a warped view of Christian duty to take control of what they believe to be a sinful secular society and eradicate all other forms of belief  through bureaucratic and political means. It has been my experience that they seek to do this because they are more concerned with their own selfishness and personal gain, at the expense of common sense and decency. In other words, humanity be damned-along with the Constitutional rights of everyone else. Within the Evangelistic movement, they are a sick, hateful cult.

In an article posted in 2011 by Salon, journalist Sarah Posner  argues that there are "iterations of Dominionism that call on (extremist) Christians to enter...government, law, media and so forth...so that they are controlled by Christians." According to Posner, Christian Right leadership promoted Dominionism, and the most conservative and intolerant in the GOP courted their religious leaders for the votes of their followers. She added: "If people really understood Dominionism, they’d worry about it between election cycles." Worry, indeed: these where the same people who want to take over our government and rename Washington, DC the "District of Christ", who have articulated that the figure of Columbia atop our Capitol building should be replaced with a cross.

Dominionist extremism is religious nationalism in it's most derivative and deplorable form. They are a specifically motivated group outside of the traditional Evangelistic Church which is so threatened and frightened of the diversity of the world at large that they hide behind their version of Biblical teachings (which incidentally conflict with the teachings of Jesus Christ on how to treat others) and a petulant, vengeful God of their own creation who suits their agenda. I think it's very telling and of interest that their obsession with power has lead them to sell out that god for the favor of a provocative demagogue bent on the destruction of the established order of our country.

The time is now for those of us considered "The Other" to stand firmly against the extremist Dominionist faction and show them we will not be marginalized and abused by their insane desire to grab for the Brass Ring of Power in Washington, DC, and elsewhere. It is now more important than ever to not only reassess who we are as a spiritual people by lending support to one another because we are all fighting the same evil in regard to our religious freedoms and the right to practice as we choose.

Posted by AmethJera at 5:20 PM