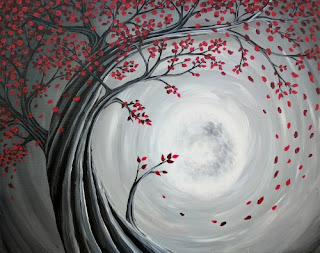 From the perspective of a forensic psychologist, I've always been interested in mediumistic channeling because it's one of those things that science cannot definitively explain. Undertaking  such a study would have to include psycho-logical, para psychological and metaphysical studies of consciousness, co-consciousness and unconscious processes, disassociation and other altered states such as disembodied consciousness and entities, and state specific consciousness in order to sort the non-pathological from pathological. As you can see, that's a pretty tall order. All of these things must be examined to establish whether or not the person claiming to be a psychic medium is authentically and genuinely receiving information from a source outside of themselves, or projecting from an internal state which is  possibly  psychosis. In other words, the source must be verified and the message authenticated. Which, in my opinion, is damned near impossible to do unless the person in question is so obviously out of touch with reality that their mental state and cognitive behavior supports such a conclusion. Despite Hollywood's best efforts, it is very, very difficult to prove in the real world of legality that someone is a raving lunatic because psychoses can be easily hidden or masked.

Psychic abilities are and always have been a 'hot button' subject to psychoanalysts; we are pretty evenly divided on the subject . We are by training philosophical pragmatists advocating an approach that evaluates theories in terms of the success of their practical application and our opinions are heavily influenced by the school of thought which we embrace. Professional opinion of the individual practitioner  is based on theses experiences. Notice I said opinion. Nothing is writ in stone, no matter what your philosophy. Such is the flexible nature of science, particularly of the mind.

This why I cannot  discount channeling out of hand as mental illness and prefer to think of it as a type of  spiritual phenomena. There is a type of disassociation during the experience which is not pathological psychosis.The symptomology simply doesn't fit the clinical diagnosis of disfunction.
[ See the DSM-IV definition of mental disorders and compare to the DSM-V version.] It's my opinion (for whatever that's worth) that the disassociation experienced by a medium during channeling is a state of co-consciousness where the individuals ego is set aside in order for the entity to communicate. Some theorists such as Ken Wilbur believe this is actually a state of higher consciousness, and I can't argue that as either a psychologist or theologian. (There is a rather long but enlightening paper published by Paul M. Helfrich that supports the work of Ken Wilbur and others found here: //www.paulhelfrich.com/library/Helfrich_P_Assessing_Channeling.pdf ).


Spiritualists have embraced a similar belief throughout the history of their movement, calling it spirit communication ("revelation from spirit guides"). The phenomena of spirit communication became particularly popular during the late Victorian period as a past time, and during the early 20th century as families turned to mediums to contact their loved ones  who died serving in the military during WWI. It's popularity faded for a few decades, only to see a resurgence during the 1960's and to become a staple of the current New Age Movement. Channels such as JZ Knight (Ramtha) and Ester Hicks (Abraham, who is described as a conglomeration of several entities) have many followers and are still in demand, as is  Jane Roberts' entity Seth.  Long before, however, the ancients consulted oracles ( e.g., the Pythia of Delphi) and instances of channeling are evidenced in the Bible such as Saul seeking the help of a psychic to contact the prophet Samuel (1 Samuel 28:6–20). As the saying goes, "everything old is new again".

Many Pagans and magickal people have a relationship with spirit guides and totem animals from which they seek wisdom and guidance. My own experience with seeking out a spirit guide/totem animal began from an interest in the shamanic work of the late Dr. Michael Harner, and currently, his student Sandra Ingerman, who is a licensed family therapist and mental health counselor board certified as an expert in traumatic stress. ( Her books Soul Retrieval: Mending the Fragmented Self,  and Medicine for the Earth are classics which I highly recommend to add to your  library!)


I believe that channeling is a gift and an art, and not all of us are chosen. Channeling a manifested entity is not "hearing the still small voice in your head"; rather it is tapping into a state of disassociation from the personal vessel (medium) in order to give voice to a disincarnate being. After the message is delivered, the vessel disengages from the being who is in spirit and returns to their own reality.  The majority of mediums who do this type of work can engage their entity at will with preparation, usually involving a ritual of some sort. Not all channeled entities are spirit guides, some exist to simply impart information. An example of this type of spirit is Erik, the son of Elisa Medhus, MD, who speaks at will through numerous mediums, usually responding from questions asked by his mother during sessions that are subject specific. ( Stumbled on the Channeling Erik site on You Tube, and he seems to have quite an ardent following. You can find his back story and other information at the website dedicated to his work. I will reserve my opinion other than to say sessions with him are interesting from several standpoints and depending on which medium is featured at the time.. Some seem to be better than others at connecting with him).

Although I have psychic abilities- as we all do- I am not a medium per se. As a High Priestess, I have  participated in the ritual known as Calling Down the Moon and have temporarily been filled by the spiritual presence of Goddess for the duration of the ceremony. Other than that I do not channel anyone or anything. I believe I have  been blessed with gifts, but channeling is not one of them.

I don't have a spirit guide either.  I sit on the proverbial fence when it comes to believing that spirit guides originate from within or outside of ourselves. There is a theory that spirit guides are ancestors or our beloved dead or another  form of entity ( think guardian angel) that somehow connects with humans. And yet there is another which explains them as a higher form of consciousness such as the Universal Mind. Further still, there is they theory that the originate from within our own consciousness on a different level of experience. [Check out this article from Live Science to learn more: https://www.livescience.com/38561-channeling.html]

In closing, I will tell you that I do have animal totems. I have gleaned  a great deal from the characteristics of the ones who have presented themselves to me over time. Their wisdom, I believe comes from the relationship of those characteristics applied to situations in my life. Through them I know more about myself. And in the end, that's what we're all looking for, isn't it?

by Jon Klimo, which also has more information on Ken Wilbur and others and a section about the purported contact of the Challenger astronauts with NASA scientist Sally Ride .]

Posted by AmethJera at 7:07 AM