We Are Our Own Worst Enemy...Blame No One Else 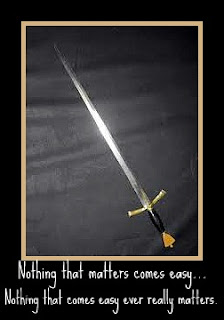 Down through the ages,one religious group has pillaged and killed another in the name of their god.They have been killed for their ideas, and what they have chose to call themselves. That is a fact of our history. A shameful fact, to be sure, but a fact none the less. Humans have visited unspeakable atrocities upon each other in the name of religion, in the name of politics,for the sake of being right. The lowest common denominator,then is ego. No one wants to put down the sword first, nor do they want to be the first to forgive. There is too much ego-stroking at stake.

And frankly, we can sit in retrospect or judgment and finger point to our heart's content,flame one another in the name of our individual gods, blow each other to hell and back, and the fact still remains that humans have done this to each other. Because no one group is willing to budge an inch, get off their soapbox,or simply shut up and listen to what is being said by anyone else,the proverbial shit will continue to hit the fan. There is no danger of the drama ending soon, because our egos will keep stoking the fires of hatred. Besides, who is there to care about us if we give up our righteous indignation over our 'earned' victimization? What if we have to stop whining about what 'they' have done to 'us'. Why... we might just have to become responsible for ourselves and quit trying to intellectualize everything and trying to live in the Good Old Days (What ever century that was). We might just have to actually do something besides complain about the 'other' side. You know...the one made up of humans...just like us. Besides, it isn't like we haven't done the same sort of thing to someone else...or did we just conveniently forget what our clans and tribes used to do to each other in the 'good old days'? What we did to our fellow humans. None of us are innocent. The sooner we get that the sooner we can begin to aim for becoming better humans.

When we stop hiding behind our religious and political labels and begin to take responsibility for the madness we-all of us- have caused in the world, then we will have a starting place for genuine dialogue to take place authentically. When we take off our masks and throw away all the other stuff that further and further separates us as a single community of humans,then we might just be able to start the process of healing. Until then, we are our own worst enemy.

Why do we continue to fan the flames of hatred?

Like John Lennon said," All we are saying is... give peace a chance."
Posted by AmethJera at 1:57 PM

Email ThisBlogThis!Share to TwitterShare to FacebookShare to Pinterest
Labels: self victimization