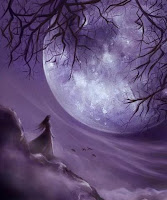 Picture this: It's World War II England, and  the members of  numerous esoteric and occult groups have come together to magically  battle the rumored invasion of Britain by Hitler. A diverse group, they include ceremonial magicians, traditional linage witches, solitary practitioners, and Pagans of nearly every stripe, and they have gelled  with a single goal in mind: On August 2, 1940, they will magically stop Hitler's forces from a massive evasion by turning back Nazi forces crossing the English Channel through a massive focused energy work. Meetings take place all over the countryside, and there are many opinions and methods thrown into the ring for consideration. Finally a plan is accepted, and a cone of power is erected over an extended period of time with the purpose of keeping the invaders from landing on England's fair shores. It is a Herculean effort of such  intensity that some of the elderly and less hardy of the witches die because their life force is sucked out of them. Hitler and the forces of evil are held off, and England ( and it's witches) are safe to live in peace.

Such is the premise of the 1983epic  fiction novel Lammas Night, written by the renown author Katherine Kurtz. The event described in her novel is loosely based on an actual attempt by occult practitioners through out England to thwart the Nazi invasion of Brittan magickal means. The magick and the event described in the book is accurate  because none other than Doreen Valiente was asked to be the  research consultant. It is a fascinating and fabulous read, and I can honestly say it is one of only two books I have ever read that I actually could not put down ( The other being Canticle for Lebowitz by Arthur Miller, which is also out of print but available in e-reader format.)

The event Katherine Kurtz wrote about in Lammas Night was based on an event that allegedly took place around the same time in wartime England. Due to the secrecy surrounding esoteric groups in that period of history, no one came forward to substantiate the 'rumor' at the time, but since then it has become something of a legend in modern Craft history. I've personally read enough about ( including an interview with Doreen Valiente)  it to personally say that I'm 100% certain it did happen pretty much the way Kurtz described it.

Someone I was describing the book to candidly  remarked that she knew it was a work of fiction because multiple disciplines of the Craft set aside their differences and worked together with a common goal. As humorous as I found her observation, her point has been taken-Pagans can't seem to get together to work for a common cause no matter what the issue. Which is disheartening and embarrassing to me all at the same time because there is more truth in that statement than I'd like to admit as a polytheist. It's more than just trying to herd cats. Get into any Pagan discussion group and it's more truthfully  like trying to herd a bunch of  rabid cats chasing a room full of caffeinated mice. If more than three members agree on anything, someone else in the group is going to call "foul" and say they're biased, siding with one another, or otherwise in cahoots. Then there are the folks who want to turn  every conversation into a debate, or worse yet, a full blown argument. Toss in a few of the well- meaning social justice minded, uber-liberal pacifists of the Quaker/ Unitarian Universalist/ Hippie-era variety whose sole purpose seems to be to bog down the discussion with too many variables and " what-ifs " in the name of fairness and that is where the old adage,  "Too many cooks spoil the broth" becomes a reality.

On the whole I think of myself as pretty diplomatic, but there are people who just keep digging at an issue from so many angles that it feels like an autopsy being performed with a teaspoon. They simply don't know when to stop, and what happens is that they end up offending/up-setting/pissing off the majority of the other participants with their continued re-hashing of the facts over and over and over. I suspect for a few of them this is some form of  pseudo-Mensa inspired entertainment, but frankly, the mental gymnastics is tiring- particularly when a decision  has already been made by the majority of those involved. It is unnecessary for a single individual to keep hammering on something basic when the group has already expressed their opinions and come to a decision. These are the people I find need to be  slapped up the side of the head and yelled at gently  redirected that the rest of us have moved on.

We already know there are too many trolls out there in our community, and most of us can spot one right out of the gate. However why are we  so lopsidedly PC in the Pagan community that these people are permitted to continue to participate in discussion threads for the sake of  fairness? No one wants to look uncaring and uncool, so we suffer through the maddening moments with these people. This morning I decided not to, and I zapped a couple of them in an online group-my bad. Sorry, but my tolerance level for fools just tanked and I loaded my troll bazooka and took aim.( And yeah, now I'm a bad guy. Boo hoo.)

All of this came about because we were participating in a discussion group about the  DC40. If you don't know who they are or what they stand for, read this story at The Wild Hunt http://www.patheos.com/blogs/wildhunt/2011/07/what-spiritual-warfare-looks-like.html. Go ahead, I'll wait....

. They have been around in quite a few incarnations at least since Jesus had a ministry on Earth ( And no doubt trying to make a buck off of Him even then). There are all sorts of religious wing-nuts/zealots/ crusaders/crazies in the world, and this is but one group of them...and no, they aren't all Christians. Extremists come in all flavors and we have more than our share in our own Pagan community, so be careful with the finger-pointing. These people ( and I'm talking about all of them) come out of the wood work when they see an opportunity present its self...or whenever they choose to crawl out from under their respective rocks, like that crowd that had the weekend on campus at Harvard a few months back, and our friend and prognosticator extraordinaire Harold Camping. As a matter of fact, they all look pretty much alike because their message of 'spiritual warfare' against the forces of evil ( that would be all the rest of us) is essentially the same..." The Gospel message is blah, blah, blah, Hallelujah, blah, blah...." It usually includes a few Biblical citations which are stretched to cover their particular form of bigotry, wild eyed preachers who look and sound like they just did a line of coke and a case of Red Bull in the sacristy before going in front of the camera, and a reminder that the work of the Lord is expensive ( Visa, MasterCard and American Express accepted, prayer partners standing by to receive your love offering at a toll-free number right now!)

DC 40 is a stand out because they are the current group being vocal and have specifically mentioned they will be targeting pagans ( small 'p', as opposed to the uppercase 'P' that incorporates witches, heathens, druids and all other occult practitioners). It's important to note the lower case 'p', because in this case it means everyone but members of the New Apostolic Reformation. Notice how their name sounds like another version of  so many others? These groups purposely use scrambled versions of names which use the words "Apostolic","Reformed", " International", "New", etc. in the hope that it lends credibility to their cause by fooling the public. You really do need a scorecard to know who's playing when it comes to these groups. None of their featured stars are standouts- they all seem to fall into the category of  non descriptive ecclesiastical carnival barkers in designer clothing. The rhetoric is pretty much the same, as well- God is coming soon, fear Him, we need to clear out all the other folks so we can rule the Earth and wipe out the Evil Doers who won't send us donations or embrace our particular form of world domination. And then, just to show you that they have the backing of the One True God, they fire off a few lines of Bible-babble that vaguely sounds like it could be ancient Hebrew, "Shambala!" ( Okay, raise your hand if like me you have only heard this word in an old Three Dog Night song...And no, it's not Shamblaha, which is a Tibetan (pagan!) word.) Evidently their God only whispers His inspired words to a very Chosen few in a secret magickal language, and conveniently there is always another one of the Chosen present to translate. Never mind that thing that happened during Pentecost with the real Apostles and the Holy Spirit. Folks like the New Apostolic Reformation don't sweat the details...especially when they're making them up as they go along.

Want to be informed and entertained at the same time? Watch this introductory video by DC40:

By golly, that does sound rather like a bit of  malefic magick to me...so here's my suggestion:


Just like those characters in Lammas Night, let's join together during the designated time DC 40  will cast their mischief in focused energy work of your own choosing and from your own  traditions that will turn back the hatred and bigotry and shove them right up against the wall between Church and State. This is something we can all get behind as Christian, Jew, Muslim. Buddhist, Atheist, Humanist and  Pagan and everyone in between. As a citizen, don't forget to vote and if you can, choose a local, state or federal politician whose views echo your own to work for... Because this is the United States of AMERICA, a country founded on the principles of freedom of religion (and from religion). The truth is that our Founding Fathers never intended for this to be a country ruled by a single religion- or any religion at all- but a place where everyone was free to express their spiritual side as they so choose...and that truth will keep us free from the tyranny of a few.

Posted by AmethJera at 6:48 PM