Don't Know What We've Got Until It's Gone 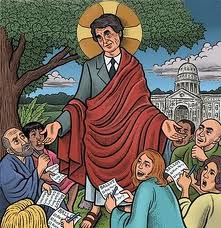 As a minister, I'm interested in trends affecting religion in general because it helps me stay in touch with current issues and better assist those I serve. The Pew Charitable Trust ( no pun or religious reference intended, that's the actual name) is a great resource because it gathers information scientifically and tracks it in a manner that's easily accessible, in very specific categories: Religion and politics( including voting and political campaigns), Religion and the law (such as the recent Ten Commandments controversy) ,domestic policy (gay marriage, faith-based initiatives) and world affairs.www.pewtrusts.org . Well worth it to take the time and read-and it will take time because there are so many things of interest once you tap into the site.

What the Pew Foundation fails to delve into in detail about cults and hate groups is usually covered by the Rick Ross Institute which investigates and amasses up-to-the-minute information www.rickross.com.
The site's introduction states that it's "...An Internet archive of information about cults, destructive cults, controversial groups and movements. The Rick A. Ross Institute of New Jersey (RI) is a nonprofit public resource with a vast archive that contains thousands of individual documents. RI on-line files include news stories, research papers, reports, court documents, book excerpts, personal testimonies and hundreds of links to additional relevant resources..."

Where the Pew Charitable Trust may be restrained, the Rick Ross Institute is not-which is a very good thing if you are keeping tabs on a particular cult or hate group. They sponsor the Cult News www.cultnews.net
( NOT affiliated with Cult Watch, which is a branch of the Church of Scientology, itself considered a cult by some in the mainstream). Clicking on the Cult News link will instantly take you to the latest information which is archived by date.

Today's offering included an excellent history of the Dominionist Movement and the New Apostolic Reformation at http://www.thedailybeast.com/articles/2011/08/14/dominionism-michele-bachmann-and-rick-perry-s-dangerous-religious-bond.html. I highly recommend you read it because it gives a concise history of the movement, it's connection with current politicians, and why it and they should be a genuine concern to every citizen of this country.

My personal interest in NAR began in 2005 through an article in Rolling Stone Magazine ( now archived at the Rick Ross site:  http://www.rickross.com/reference/fundamentalists/fund166.html. )
It sounded crazy to me at the time, and it still sounds crazy to me now, but there is a new tinge of danger to our Constitutional rights because the NAR has gained membership and momentum via Michelle Bachman, Rick Perry and the ever present Sarah Palin. In case you missed it, a Kenyan NAR affliated witch-hunter
( Yes, witch hunter) named Thomas Muthee visited Palin in her native Alaska and anointed her just prior to her Vice Presidential bid. Bishop Muthee is one of the movement's most prominent practitioners but has some how been overshadowed by the hoard of crazies who follow Cindy Jacobs.( If you haven't caught Jacobs in action, check You Tube).

In case you missed the ' Anointing of Sarah'- and most of the mainstream press did- here's a video of the action.  My initial opinion was that it had the usual bombastic, over-blow vibe of an ecclesiastical carnival, and I still find myself shaking my head in disbelief when  Muthee anoints Palin specifically against the 'power of witchcraft', because I have a difficult time taking such an injunction seriously. Who would be out to hex our favorite Stepford Politician? According to Muthee, practically everyone in the world who isn't a member of the crew on this Ship of Fools.


Recently some of the NAR's more bizarre claims were  highlighted by Rachel Maddow's  show on MSNBC. Among their 'factual' assertions is that the Japanese stock market collapsed because the Emperor had sex with a demonic sun goddess and that the Statue of Liberty is a demonic idol. Even Oprah failed to escape this proclamation of bat-shit crazy ( Thank you George Carlin for my favorite latest descriptive term) as she was called "...a forerunner to the Harlot movement", or as Maddow reframed it for clarity, " A harbinger of the Anti-Christ." Got that? Oprah is the point man for Satan.These aren't just a random sampling of the NAR's claims, this is their usual, everyday stuff. Public policy researcher Rachel Tabachnick has been studying the Dominionists for the last six years and contributed this opinion the day after the Maddow show aired,"These video clips  ( used by Maddow to illustrate her show) should receive much more national exposure, but they need to be viewed in context of the movement they represent."

At one point a very well know mainstream denomination, the Disciples of Christ, briefly took interest in NAR's form of theology, but upon deeper examination, dropped it like a hot potato...or a glowing coal from hell. To put distance between themselves and the NAR as a form of damage control, the DoC then released documents warning against the  ranting of Dominionism, calling it "... unscriptural triumphalism...", proclaiming against "...the problematic teaching that present-day offices of apostles and prophets should govern church ministry at all levels", and against "excessive fixation on Satan and demonic spirits". They also denounced the concept of generational curses, a term often hinted at by the Dominionists.

The previously mentioned Rachel Tabachnick submitted an article to the Talk 2 Action website last week defining the Dominionists' declaration of 'spiritual warfare' against the rest of us at http://www.talk2action.org/story/2010/8/6/135752/1937/which should be read and re-read until it is clearly understood that the NAR is much more than your usual a bunch of evangelistic nut jobs. They mean to be a serious threat, and they are gaining support  and credibility through their association with politicians who already hold office. 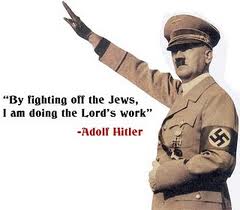 Their three pronged plan of spiritual warfare is uncomfortably close to malefic magickal practice because it not only includes the casting out of demons, but attacking practitioners of spirituality at every level, including Witches and Pagans, Freemasons, Buddhists, Hindus, Muslims...and other Christians and Jews, all of whom they consider an impediment to their gaining world domination through the confrontation and eventual overpowering  of current world religions,territorial principalities and governments and entire nations. They would systematically purge society of ethnic groups and entire communities...does this sound even vaguely familiar to you? It's not exactly an original idea. Check the history books under 'Former Paper-hanger Seeks to Dominate the World'.


Bishop Michael Reid, a Pentecostal evangelist in Britain associated with Oral Roberts University fell into disgrace through sex related scandal and quickly resigned his post and association with the International Communion of Charismatic Churches only to found his own Global Gospel Fellowship. Although seemingly possessing a morally unsavory character, he is undeniably an expert on the subject of  the type of theology espoused by the NAR and groups like them. His book Strategic Level Spiritual Warfare: A Modern Mythology? rips apart the theological claims of the NAR with Bible-based  laser-like focus:
"There is no foundation in the Old Testament for this practice ( strategic level spiritual warfare), nor any indication that the Devil has any intrinsic power or authority. Satan's only weapon is deception and his only sphere of influence that which God permits for His own eternal purposes." Later in the book he continues,
"In the New Testament, the picture is similar; there is no evidence to suggest that Christians are called to engage in an on-going conflict with spiritual forces in the cosmic realm. The Scripture is quite clear in its teaching that Christ defeated Satan completely at Calvary and that Christians have been freed from his power."

It's been awhile since I've used the rhetoric, but I seem to remember that the idea was that Christ had defeated Satan and cast him into the abyss. Having made that point, I now wonder why the Dominionists are challenging  the Biblical  holy writ they seem so keen at quoting as their platform. While I don't profess to be a  fabulous theologian, it does seem to me this thinking essentially usurps the power and kingship of the God they so ardently support, placing Him in the backseat while they take control of  driving the car.

In other words, the Dominionists are doing  precisely what they accuse the rest of the world of doing: putting their egos above, beyond and before the kingdom of their God. In theological terms, this is much more than a lack of humility, it is stealing the rightful kingship from God. In other words, instead of the total submission and surrender required by Christianity, they have rejected His dominion and made God in their own image.


I wrote in response to  an article by Covenant of the Goddess First Officer Peter Dybing recently:

"As a member of a local interfaith ministerial coalition, I've watched this cult gain strength and numbers since 2005. It's grown slowly, but it has been noticeable because it plays the 'Jesus' card to the poor and poorly educated through fear and lies.They're scaring people into joining them with the ridiculous message that 'true' Christianity is under attack, that "pagans and non-believers" are trying to take Christ out of Christmas, etc, and that a secular society is out to get them.

Of course, nothing could be father from the truth but that's a difficult message to get through to people who are already frightened and paranoid about the economy and convinced that the US government is out to enslave them.

The New Apostolic Reformation, and related groups with a variety of similar names, have been working the public like a carnival barker works a crowd through its hollow promises of prosperity and respectability for those who feel disenfranchised and marginalized. It's marriage to certain GOP 'stars' such as Perry, Bachmann and Palin has made it's malefic intention politically respectable in many quarters. The Dominionist projection upon a confused and fearful public that their version of religion is as American as apple pie will gain them success at the polls unless the clergy of this country unite- Pagans, Jews, Buddhists, Hindus, Muslims and mainstream Christianity must go into our pulpits and lecterns and counter this attack on civil liberties and human rights before it is too late."

That pretty much sums it up for me...and I'm not alone.

If you can't see the forest for the trees, it's time to cut some dead wood- pass this along to your local politicians. This is not just a Pagan issue. The NAR  is a dangerous threat to human rights and civil liberties for everyone. They are not mainstream Christians- and never were. They are a cult that wrap themselves in the American flag and the garment of Christ for respectability. Beware the deception, because if they're permitted to get control of the White House and Congress, they'll topple the government. Think that's an extremist view? Read between the lines: Their goal and their God is money and power.

Posted by AmethJera at 6:47 PM