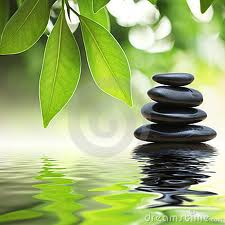 There are times when everyone needs a break from the routine and ordinary, and the last several weeks have been just such a period. Every so often I find that I need to re-arrange and reorganize my priorities to take care of particular commitments...and frankly, just to have time to take care of me.

I am not often interrupted by illness or disability, but this last flair-up of MS-multiple sclerosis-has been a doozie and impacted other injuries not directly associated with the disease. (If you're interested in finding out what MS is, Google it. I'm skipping the physiology lesson this time.) I haven't been bed-ridden, but I haven't been exactly mobile, either.

I have been rather zen about the whole thing, actually. My usual response is to dig out my contingency plan for when I periodically have these bouts of regression, and attack it head on to retain as much function as possible and muscle my way through. This time I took a different approach. I just existed in the moment: when I didn't feel as if I'd had enough sleep, I stayed in bed and slept until I wanted to be up and about. When I didn't feel like being around too many people, I stayed in my room, with the door closed and read, did crafts, went through boxes to find out what they contained...or slept some more. I have found that when my body doesn't want to cooperate and becomes spastic to the point that I drop or knock over everything I reach for or I trip over my own feet, I am not in the mood to socialize...I was a lot happier choosing to be alone with my books and journals. I wrote in my journals in long hand, which has it's own feeling of reward, but often found that what I had written appeared to be in a strange, foreign language, so I began printing, which is not only laborious, but exhausting.

Reading was equally exhausting because my eyesight has become affected as the degeneration of those nerves have progressed, so I read in snatches and rested my eyes as I meditated. It was a good trade-off.  My visual world has appeared through a softly focused, greased lens for the last several weeks. While that makes things interesting, it also gives me a headache...so I lie down. Sitting for long periods is tiring-so is standing. Lying down is painful, so I medicate myself into a state of Nirvana. I now know why I had no interest in hallucinogenics in the 70's...the feeling sucks. Maybe I knew from a previous life or had a glimpse of the future.

***
The entire time was not spent in largess, however...I did nearly a week's worth of  kitty-sitting for a friend. Mr.Fu and Isabella are typical felines-fussy, finicky and opinionated. Fu had gotten out a couple of days prior to my arrival and engaged in a roundhouse with another tomcat, so he required medical ministrations which he far from appreciated. He spent a lot of time hiding under one of the beds from me. Isabella, who is a Siamese, more than made up for his absence by following me throughout the house and yowling loudly. We shared half a turkey sandwich one afternoon while I was reading...okay, actually, I was mugged. Adsorbed in reading, I didn't see her delicate triangular head looming closer until she yanked a chunk of meat out of the sandwich in my fingers...then it was too late. I'd forgotten how swift and precise a greedy cat could be when presented with an opportunistic snack. She'd removed most of the turkey, sucked it down and let out a resounding burp before I could shift positions to stop her. Dinner that night consisted of a turkey-flavored tomato and lettuce sandwich on wheat with mayo. She thanked me later by leaving a gift of her own creation in the litter box for me to scoop out and dispose of....cats are thoughtful that way. I'd forgotten. I gratefully allowed them both to share my body heat during the night by permitting them to pin me to the bed and immobilizing me. Nothing says "I love you" quite like a symbiotic feline relationship. It's a good thing the gods created them soft, furry and cute.
***
During my self-imposed sabbatical, the documentary I was featured in-An Affair of the Heart- made its public premier at the Florida Film Festival, where the director, Emmy Award-winner Sylvia Caminer, received the Special Jury Award for Outstanding Direction. At the Nashville Film Festival it was given the Gibson Impact of Music Award...and it was entered at the Canadian International Documentary Film Festival (aka Hot Docs), the largest  festival in North America. We had a lot of good press-but I have to admit that I am personally offended and disturbed by the references in articles about the featured fans being "religiously devoted" and "obsessed" with Rick Springfield. Yes, there are a couple of people like that in the film, but they do not represent the typical fan base, and there were seven of us chosen as a cross section, and  although we enjoy Rick's brand of hard rocking music, we aren't  all suffering from arrested development and stuck in our teens.( I wasn't even filmed with Rick, like the others. My segment stands alone and on its own.) We are a diverse group of individuals (female and male), and lumping us in with the over-the-top crazies is unrealistic, untrue, and unfair.

However, for my part, it was good to be able to share that there is a spiritual connection much deeper that most people realize in the music we choose to listen to everyday, that there is something healing in the familiar...and not to be afraid to admit it when you need a little help when you've been traumatized and loose your perspective...Because in the movie I share that I was gang raped a few years back. I am very candid and emphatic about it. Although that was a difficult thing for me to do, I wanted to come forward because there is still such an unnecessary stigma attached to what I went through mentally and physically. And I wanted to let others know that there is no shame in admitting to needing help to put something like that behind you. There is always  something good and positive waiting on the other side of the shit you go through, but it takes work to get there. Being in the film was a great way of getting that message out to a large number of people, and I sincerely hope my contribution helps someone else, even in some small way. Helping even one person know that they have worth beyond measure when they feel their most alone and vulnerable will be enough of a reward for me.

And I'll tell you something: I really struggled with being in this movie because of  the potential  crazed fan angle, because I value my credibility as a member of the clergy. Even Rick thought it was going to be a puff piece before he saw the previews.  I have to say that I'm surprised that it's a good music documentary, it has a lot of humor and soul in it, as well as some really hard, kick-ass rock and roll. Rick re-mastered the sound himself as as part of his contribution. He even took time off from touring to help promote the film (which was not his project, it's an independent film) by showing up at a couple of the festivals and doing TV spots and interviews...and he mentioned me in a number of them. I'm happy to know that what I had to say made enough of an impression with him to remember and merit mentioning, because hearing Rick say it will make others notice, too. It's not about self-promotion, because it's not about me-or anyone else in the film for that matter- even Rick- because the message of personal connection at heart-level transcends all of us.

***
So, yes, life has been interrupted, but sometimes the departure from the routine allows room for other things to fall into their proper place...and that, in turn, allows life to continue.

Posted by AmethJera at 5:25 AM