Season of the Witch Interview Tips 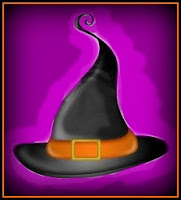 It stands to reason that with it's association to Halloween, the public interest with The Craft increases exponentially. Paganism, and The Craft in particular, is a hot button topic in the market share of radio, TV and print media during the month of October even though the public knowledge has grown ten fold. Ours is  basically still a Mystery Religion, and an aire of the sensational, the forbidden, the  taboo continues to surround it because it's viewed as something exotic by  the general public. It's quite common for the media to search out witches and Pagans for interviews during this month. Many collage radio stations carry interviews with a witchcraft theme this time of year, and I think that if you have the opportunity to participate at that level, then you should seriously consider it because it's a good way to refute ugly rumors and untruths within the community. I've done this a few times myself, so I'm sharing some ideas.

If the media contacts you for an article in a print publication or the Internet, ask for a copy of the questions you will be answering before hand. You can then thoughtfully answer the questions in a casual but timely manner. Stipulate that your answers may only be edited for clarity and not to change the content. Without sounding like a Deva or being demanding, you can and should request that a codicil or rider be included in print ( email is fine) stipulating reasonable conditions pertaining to the questions you are expected to answer. This keeps every one honest and focused. It also keeps a journalist from rewriting or editing your answers to slant in a direction they choose rather than how you meant them to sound.

Be prepared. Write out some questions and answers you think the journalist will be asking or the public would be interested in reading. It will give you practice and make the interview flow. You will be less likely to be blind-sided or surprised and left to draw a blank if you run the interview in your head a few times before it takes place. Do this even if you agree to a radio or telephone interview. Staying generic is a good practice. however, if you do get into specifics of your personal spiritual practice, then use a disclaimer like, " There are hundreds of variations to the Craft, this is my personal understanding." Actually, it's a good idea to use a well placed phase like this periodically through the process of the interview. It's not meant to water anything down, but rather places things into perspective. You are talking about your personal spiritual practice or your individual tradition and not representing every other Pagan or witch in the community, even though it's likely that is the goal of the interviewer. You can quietly change that perception by making it clear from the onset that you are just one individual among thousands and do not speak for the entire community...because you don't. Make no mistake about it, if you come off sounding like your path is the only path, there will be any number of your brethren waiting to righteously take you to task after the fact, and I may be among them.

Write out a brief statement of your personal beliefs before hand, and take them to the interview with you. It will help to have talking points handy and will jog your memory. It will also keep you to the point and concise. You don't have to give an elaborate explanation of your faith tradition. In fact it's better to just give the highlights because those reading or listening will be more likely to remember what you said accurately. Lengthy answers will only serve to confuse most people. Be short and to the point and you will be less likely to be misunderstood.

Know your audience by knowing the demographic. Don't use arcane or anarchistic language; more than likely most of your audience will not understand what you're talking about. Explain any unfamiliar 'witchy' terms: chances are everyone will be able to imagine what a ritual knife looks like but will be at a loss as to picturing an athame. Take a minute to explain in concrete terms what a grimorie or Book of Shadows really are and you will leave little to an imagination made fertile by Hollywood stereotypes.  Don't leave anything open to interpretation other than what you intend your words to mean. Some interviewers will repeat what you've just said for emphasis and clarity for the audience: if they restate what you said, and it doesn't sound right or ring true, be firm in repeating yourself if necessary, without being confrontational. It is perfectly correct for you to do this. And be particularly aware that the interviewer may incorrectly and quite innocently make a statement linking Satanism and The Craft. This is more likely than not being  made with no malice aforethought; it doesn't mean they are making an accusation or trying to sensationalize the interview by calling you a Devil worshiper- they just may not know the any better. You now have the opportunity to change a pre-conceived notion by calmly stating something like, " You Dan, I'm a Wiccan, and we don't believe in the existence of Satan. The Devil is found in religions stemming from the Abrahamic traditions, but not ours."

Use humor, but don't try to be too clever. Being too cute often turns on you because you sometimes end up sounding like a cloying smart-ass or an overly intellectual know-it-all. Trying too hard often fails. Just be yourself. You don't have to recite your entire curricula vitae for the masses. Stating you are a practicing witch or Pagan, or engaged in an earth-centered religion is often enough to set the course of the interview.  On the other hand, being too serious makes you sound pretentious and dower. Oft times it makes one sound so self-involved that you will not come off as genuine and authentic.

Be honest. Don't invent pedigree or a magickal history you don't actually own. It doesn't make you look more knowledgeable or admirable, it makes you look stupid. Don't say Grandma was a witch in the middle ages or a High Priestess sitting at Uncle Gerald's knee if it's not true. You aren't impressing anyone by spinning a false tale. People can see right through you-especially other Pagans. It does nothing to serve the community if you lie about your background...and being of service to the wider community by being an educator in this instance should be your highest priority, not self aggrandizement. It really should never be 'all about' you if you're not in a situation where you're promoting your business as a tarot reader, etc. You can mention you read cards, but giving what amounts to a plug for your services for hire ( unless you have made that agreement with the interviewer before hand) is not only inappropriate, it's down-right tacky. 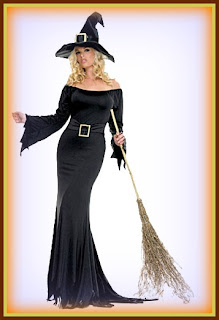 And for the love of all the gods, don't show up in your ritual robes or your witchiest wardrobe! I'm not kidding. No matter how freakin' awesome you look in that goddess gown or how adorable you're new witch's hat is, leave it at home. It's really best not to generally perpetuate myths. Some interviewers have the hidden agenda-or not so hidden agenda- of inviting you  for an interview with the intention of making you look like a freak. Don't oblige them. Showing up in the same type of clothing you wear to interview for a job will project the image that you are there to do business...because you are. Channeling Dumbledore or Glenda is just going to make you look goofy.
Wearing your civies with a tasteful piece of Pagan-themed jewelry will identify you nicely. If you insist on wearing that pentagram the size of a hubcap you are defeating the whole purpose of educating the masses without frightening them to death. It is possible to express your faith and individuality without marginalizing yourself and the entire community.

And finally-please, please, please- don't go off on a tangent about the Burning Times, or how the Church has stolen Pagan symbols, or the evils of Christianity, etc. Remember, your mission is to educate and not to offend. You are representing the community-like it or not. There is a very real possibility that you will be the only genuine Witch or Pagan any of your audience is ever exposed to and if you come to the table with an " I'm a witch, whatcha gonna do about it?" or in-your-face attitude, the good and positive of your message will be lost.  Pushing people's buttons will only make them turn a deaf ear to whatever you have to say, no matter how positive or truthful it may be. Being sincere and firmly grounded will give you a much better chance in reaching people and changing their minds.

If at anytime an interviewer tries to ambush you with a negative question, or says something  that you consider out of line and makes you feel uncomfortable, you have the right to end the interview. However, be aware that if you do walk away, you are leaving yourself open to speculation, innuendo and unfair judgement. I'm suggesting it's much better to come straight out and say, " I came here today to discuss modern witchcraft and not the Salem witch trials. Let's stick to the subject we agreed upon." It will not make you look like a bad guy, or project you're being disagreeable. It will lend credibility to your own agenda, which hopefully is first and foremost is the dispelling of negative myths and educating the public about your chosen path.

Good luck, and may you Blessed Be.

Posted by AmethJera at 7:43 PM