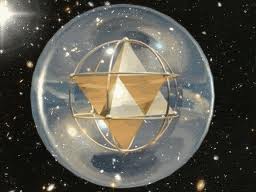 Identity is how we define ourselves, the form of individuality and characteristics we claim. For ourselves, it is disambiguation; for the public, it is how we are recognized. In some instances the identification is distinctive and clear-cut. For others, not so much so. There are variations within a specific  practice and the line blurs within the same individual so that it is possible for a Spiritualist to also be a Rootworker, a Lightworker, or a herbalist...or all three. Wiccans are Witches, but not all Witches are Wiccan, and not all Witches claim a religious or spiritual practice. Some Witches follow the tenets of Buddhism, while others worship Diana-or any other deity in myriad  pantheons. Some male Witches prefer to be called Wizard and there is a small movement afoot to reclaim and restore the term 'Warlock' from it's negative nomenclature.

It's all good with me. Call yourself what you will, worship who and what you want, in whatever way the spirit moves you and the Universal Source of Mystery provides. Inspiration comes from infinite places. Far be it for me to try to persuade you otherwise. In return, and out of mutual respect, I expect to be given the same latitude. I will not guarantee that I will not scoff in private ( "Excuse me, do you really worship anime characters?") but as long as you aren't stomping the daylights out of  anyone else's chosen form of theological expression or threatening their right to life, you'll escape my wrath.

I think it's pretty safe to say that we are all Occultists due to the nature of the Art. Many of our traditions and practices are hidden out of fear of reprisal and rejection, and so they remain in the shadows. For others, it's a matter of the Art being the right of initiation. However it is, there is a resurgence of just as many forms of Paganism which have been thrust willingly into the theological arena. Taking all the various forms of non-Abrahamic worship  into consideration, and the result is that Paganism is the fastest growing religion of the past century. Although there are those who will beg to differ and argue, this has been conclusively proven by the distinguished Pew Research Center, a division of the Pew Charitable Trusts. But you need go no further than the local mall to find pentagrams and other occult symbols on prominent display in mainstream stores. This is also a measure of proof because in retail, stores only carry items they sell-it's the Rule of Supply and Demand.

Mystery Traditions, by their very nature, are not high profile and this is why we aren't certain about their membership or numbers-and some Occultists tend to be initiates in several traditions (which skews the numbers a bit, I believe). Some of us don't even like the term Pagan or community but until we come up with a more inclusive umbrella term, that's what I'm sticking with. It's hard to tell how many of us there really are in any given place because not too many of us are standing on street corners proclaiming our faith. ( However, some of us do regularly visit the crossroads at night, ha ha...) I am 'out of the broom closet' as they say. I am fortunate enough to not have to hide my faith of choice when others are still afraid- and rightly so. That being said, you will not find me tromping through the streets downtown in black robes and a pointy hat anytime soon...not because I am afraid, and not because I am critical of those who do, but because I feel your choice and manner of worship is a private affair. It's just keeps it that much more intimately sacred for me. I felt the same way about it when I was a Christian; I seldom wore a cross-even with my clericals.

I will be the first to tell you that I don't know everything there is about other Pagan traditions. I can recognize many by their characteristics and have at least a simple one sentence definition for myself of quite a few. Every once in while I am surprised by someone who worships a deity or has a practice I had no earthly idea even had adherents, like the Mysterious Secret Inner Grove of  Haas Avocado Enthusiasts. Whom, I assume, eat the fruit at every meal or paint themselves green with it. Maybe they wear breastplates made of avocado husks. As far as I'm concerned, those types of little surprises are what keeps our community fresh and interesting . Viva la difference....and may you be blessed in your Journey.