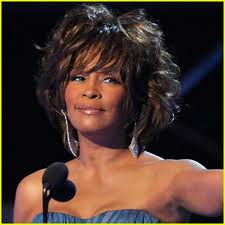 Whitney Houston was one of several musical artists who brought a great deal of much needed attention to the decaying inner cities of New Jersey at a time when the state was undergoing a Renaissance. Her position in pop culture lent a justified feeling of pride in the poor and especially black communities in and around Newark. At that time, Whitney Houston's voice was one of pure joy and the power of the Spirit. There was a certain light within her that as bright as the sun. When she sang, you could not help being engulfed in that light.


I am not a fan, but I enjoyed her talent both as a singer and an actress. Her meteoric rise to fame was an inspiration to many young people and watching her self-destruct was a painful lesson in what happens when personal demons are not dealt with in a positive, life affirming manner by the individual and those around them.

Everyone of us, at one time or another, has dreamed of the celebrity lifestyle. Admit it. We've all daydreamed about what we would do with the wealth, designer wardrobe, fabulous cars and the public adulation. We've imagined how happy it would make us and how life would be so much better that the one we're living now if we were a celebrity.

Undoubtedly, having that kind of money might make our lives less stressful and more carefree. The trappings of fancy might just make us momentarily happy  before we get bored by the presence and clutter of  'things'. It depends on your perspective and the choices you make with such as wealth and material possessions. Celebrity will not heal you. It will not affect those things that eat away inside you in the middle of the night or in your weakest moment. It will not in and of itself make any difference at all without the self-examination and inner work needed to successfully integrate into a healthy, whole person.

The public lays many different forms of expectation on celebrities, one of which is that we expect them to transcend all the things that make us human-they're supposed to somehow be better than we are ourselves. They are expected to exude the perfection we ourselves do not have: we in effect make gods out of them. But they are merely humans. When people like you and I screw up, our failure is relatively private and doesn't go any further...but when a celebrity screws up it's in front of the entire world and everyone see's your shortcomings. All of your faults and failures are right out there on TMZ or the front page of the National Enquirer, and the we the public just love to see that because secretly, they're breathing a collective sigh of relief that it some other poor soul and not us. It's a very human tendency toward meanness that none of us want to admit we have.

Whitney Houston's life -and death- is  a reminder of the fragility of the body and spirit and what happens when we push the envelope too far beyond our human capacity.

Death is the Ultimate Healing, and I hope that Whitney found the peace she so desperately desired and was denied in life when she crossed the Veil.

( This blog was cross-posted from my general spirituality blog, Feast of Days)
Posted by AmethJera at 5:33 PM