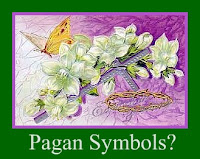 There seems to be a mistaken notion that everything in Christianity has Pagan origins; while that's true in some cases, it can't be made as a blanket statement. There's a Pagan version of urban legend-style stuff getting confused with the actual scholarship that's difficult to sort out. There's a lot of information being passed around just because words sound similar, but without the faintest linguistic connection. The words Astarte and Easter, for instance,sound similar, but have no real connection. At least linking Eostre with Easter makes more sense, since there is a feast for her taking place around the Vernal Equinox. The connection is a stretch, but its there. Some Pagans would like to believe that everything Christian was once "ours" because it gives them the same sense of smug satisfaction that fundamentalist Christians have in thinking that they have the only way to the Divine Immanence.I don't believe there is an "us" and "them", but that symbols and implements exist within their own context. It's a little like understanding the concept of music: there are only so many notes to write all the songs in the Universe. Just because some of those notes coincidentally appear in the same order in different songs doesn't mean that the songwriter is plagiarizing someone elses material. The same is true of art: themes aren't copyrighted. A still life can have all the same elements as another. What makes it unique is the composition. Symbols are a form of art, and themes repeat throughout cultures and societies. I don't deny that some of what we think of as Christian symbols of the season were purposely devised to mislead the masses, I'm saying that many symbols are Universal in their meaning and appear in multiple cultures and religions.

The Hebrew word for Passover is פֶּסַח written (pesach), which comes from the verb פָּסַח (pasach) which means "to pass over". In the Old Testament story of the Exodus of the people of Israel escaping slavery in Egypt, there is the sub-story of the 10 plagues; the tenth and worst of the plagues being the slaughter of the first-born. The Israelites were instructed (by God) to mark the doorposts of their homes with the blood of a spring lamb and, upon seeing this, the Angel of Death ignored or passed over these homes. When the Old Testament was translated into Greek, the word pasach  was basically unchanged becoming the Greek πάσχα (pascha). In some English Bibles, however, this is erroneously translated Easter, and other times correctly as Passover, but it’s the same event. Most other languages have the same word for both- e.g. Latin Pascha. When the Bible was first translated into German in 1545, Martin Luther used the words Osterfest (combining the events of the pass over and the resurrection adding to the confusion. The famous Last Supper of Jesus and the Apostles is believed to be a Seder, that is, a meal to commemorate the event of the Israelite children being saved from the Angel of Death ) and Osterlamm ( Passover lamb). Notice the similar sounding words?

When John Wycliffe produced the very first English Bible in 1382, he translated directly from the Latin and left the word pascha untranslated.)William Tyndal was responsible for introducing the word 'Easter' into the English Bible ( from the Greek) for the first time, and his version of the Bible was the first to take advantage of the mass production of copies via the printing press. When Tyndale translated the Old Testament, he thought that it was wrong to use the word Easter for the Jewish feast. This is because the word Easter relates directly to the resurrection (rising facing East), which didn't happen until later. Tyndale went back to the root of pesach, i.e. pasach, meaning ‘to pass over’, and coined the new term Passover.

Bit of trivia here: Tyndal was later burned at the stake as a heretic.

All this transliteration is exactly why there are so many versions of the Bible-the scholars kept disagreeing on the verbage and complicating matters further by inventing new words in a attempt at clarity...and missing the mark most of the time. My personal take on it is that the Bible is a record of the experience and essence of the God of the Hebrews and the sect founded by Jesus of Nazareth, later known as Christians. It is historical, mythical and sacred because it tells the stories of those people and their relationship with their god. Want to get a real feel for the Bible? Read The Bible designed to be read as living literature as written in 1936 by Ernest Sutherland Bates http://www.amazon.com/Bible-Designed-Literature-Testaments-Version/dp/0671879596

I suspect that none of them were actually thinking about either a Phoenician or Teutonic Goddess at the time. The myth of Eostre and Easter is quaint, but more than likely an assumption...kind of like the story of how the Easter Bunny was a shape-shifting bird that didn't quite make the change and continued to lay eggs. It's a lovely sentiment, but it's folklore. 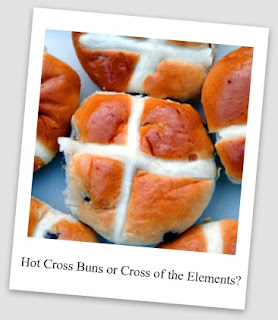 And while we're debunking myths of the season, let's examine the origin of Good Friday. I think that most of us realize the word good is a synonym for the word God- whose name was considered too holy to be spoken.( I can only surmise the reasoning behind this as," Our god is so much more powerful that we can't even say his name, unlike all the other gods who came before.", which makes it an ancient form of one-upmanship.) In the early Christian Church, all Fridays were set apart as a particular day of devotion, and before that it was designated as the first day of the Jewish Sabbath. Further back than that, however, and we find it was a day dedicated to the goddess Frigga.

Since all but the very conservative Christian churches have lost the traditions associated with celebrating every Friday as a day of particular devotion,Good Friday-the day of Jesus' crucifixion stands on it's own. The Jews, however, still celebrate it as the first day of their Sabbath after sundown.

The way Jews mark time needs to be explained here: while the rest of us think of a complete 24 hour period as a single day, the Jews think of any part of that 24 hours as 'a day'...so therefore, the Sabbath is two days-sunset Friday until the first three stars are seen in the sky on Saturday evening. The times differ from place to place; a day in Jewish parlance is sundown to sundown, not sunrise to sunrise. If we followed this thinking literally, then the Resurrection of Jesus (after three days in the grave) would not take place on Sunday, and Easter would not occur until Monday. Talk about artistic license.

Want to be further confused? The date of Easter changes every year, which makes the event at once suspect. 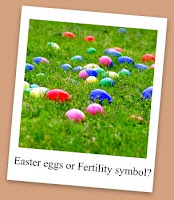 Easter is the first Sunday after the 14th day of the lunar month that falls on or after the vernal equinox for most of Christianity as determined by the Gregorian Calendar. Eastern Orthodox Christians calculate the date according to the Julian Calendar. The method to do this is termed Computus; the modern day church has come up with the phase Golden Number as a simplification of the Computus, which, if you try to understand the method make your eyeballs bleed and your head explode.http://en.wikipedia.org/wiki/Computus

I've never gotten a straight answer as to why Easter isn't celebrated on the same date every year: they don't know when Jesus was born, either, and they managed to designate a date. Moving along...

The Crucifixion and Resurrection of Jesus Christ ( Christ being his job title and not his last name, so he is more properly Jesus the Christ) is recorded in the Books of  the Apostles Matthew, Mark, Luke and John, popularly known collectively as the Gospel. In theory, these are the guys who also tell the story of the birth of Jesus...which is spotty and disjointed also. It's often overlooked that the four Gospels weren't all written in the same time period and much of the information was gathered from recollection and heresay in some cases hundred of years after the fact; it's now widely accepted that not all of the books were actually written by the people to which they are attributed, but by later followers. The Crucifixion and Resurrection are treated the same as the Nativity, no one particular matched details with the others.

Many years later, Thomas Jefferson sought to remedy this problem by extracting doctrine from the Gospels and cutting out passages that contained what he thought were supernatural events and misunderstanding of the original Gospel writers. The Jefferson Bible ( actually titled," The Life and Morals of Jesus Christ") is a stark, bare bones re-telling of the story of Jesus. In Jefferson's version, Mary Magdalene arrives to find the stone rolled away and the tomb empty. Jefferson doesn't tell anyone what to believe, he just gives the facts. There are no angels and no conversations about Jesus' whereabouts with heavenly messengers. The stone is simply rolled away, the tomb is empty, and the rest of the story is up to you and your faith...or imagination.

This blew me away the first time I encountered it in seminary. Just the facts about Jesus' ministry-names, places, events. No miracles. No hyperbole about supernatural powers. Just things that could be logically and rationally proven...edited by the man who helped frame our US Constitution. My respect and admiration for Jefferson skyrocketed ( There is a controversy in the Unitarian Universalist Association about Jefferson being a slave holder. I don't agree in any way with slavery, but I will say Thomas Jefferson was no different than any other wealthy  Caucasian business man of European descent  of that period in our history.  That he was indeed; unlike many slave holders, he made sure his slaves were educated and their basic needs looked after. I have never read where he mistreated any of them. It's a matter of public record that he father children by some of the females.I'm not here to judge his actions, motivations or morals.For the record, Jefferson was not a UU, he was a Dietist. ) Jefferson's treatment of the Holy Scripture is a fascinating read with all the supernatural elements stripped away.
Posted by AmethJera at 5:04 AM