Veterans Day originated as a time of remembrance after World War I-" The Great War". Indeed, it had been the most vastly far-reaching combat event in history up to the early years of the 20th century. When it was over on November 11, 1918 at precisely 11:00a.m.-the eleventh hour of the eleventh day of the eleventh month- it was regarded as " the war to end all wars". If only that optimist had been true. 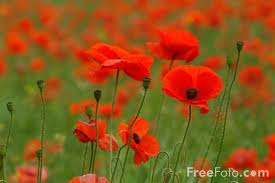 It was a different kind of war. World War I was the first war of the modern age employing armored vehicles such as tanks and aircraft. It was the first time the enemy could be attacked from the air and  it changed the way armies fought- the battle was no longer simply on the ground and hand to hand. The use of mustard gas by the Germans against British troops debuted chemical warfare. Sulfur and nitrogen mustard was dispensed through aerosol spraying: from airplanes, in mortar shells or bombs. Because the effects of exposure did not become apparent until  later when blisters formed, many soldiers were repeatedly exposed and many died. Consequentially, autopsies of those exposed to  mustard compounds showed suppressed white blood cells, and later research lead to the discovery of nitrogen mustard as an effective chemical agent against lymphomas and leukemia, in effect making it one of the first forms of chemotherapy available.

The troops were often fighting nature as well: days on end in wet, cold, unsanitary conditions lead many to develop Trench Foot ( one of many types of temperature/humidity syndromes) which would lead to tissue slouching,bacterial or  fungal infection-and finally gangrene. Amputations were common...and so were deaths.  Much of this war was fought in trenches dug for miles through the European countryside, and it was here disease was as much an enemy as the German Army. War is an abomination, but in the genteel era in which this war took place, so much more the horror of it all.

Armistice Day was designed to honor the dead and the living who'd served in the military. President Woodrow Wilson first proclaimed Armistice Day for November 11, 1919. The holiday went through several incarnations until 1953, when a Kansas shoe shop owner proposed that it become a day to honor not just those who had fought in WWI, but in all the wars since.  Veterans Day was signed into law by President Eisenhower, replacing "Armistice" with "Veterans" in order to clarify the meaning of the holiday. Since that time to the present, Veterans Day has been kept on November 11 each year as a reminder of the courage and sacrifice of all those serving in military action on behalf of the United States. 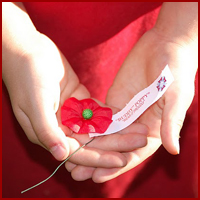 I grew up with the poem In Flanders Fields. My grandfather was in the army between the two World Wars so the horror of the Belgium killing fields were fresh in his mind. It was one of the first poems I learned,  tucked away in the back of my mind until I saw Linus recite it many years later on a Peanuts cartoon special in which the gang-including Snoopy as the World War I flying ace-went on a field trip.
It's difficult putting the disconnect together, but whenever I read about the First World War, I feel a little like one of the Peanuts gang on that field trip. It's a surreal experience because so few of the veterans of that time are alive today-and there are less every year. There is no one left but history to tell the tale.

Posted by AmethJera at 2:00 AM