15 Days of Thankfulness: Catching Up 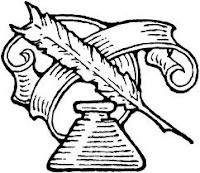 One of the things I love about this project is that it challenges me to be mindful and present in the moment. I have to purposely think about what I am grateful for and then express my gratitude  in a tangible manner- in this case writing. Writing comes easily to me because I am a natural born writer: throughout my life I have written fictional stories for my own amusement,diagnostic and medical treatment reports, teaching plans, technical reports, synopsis for courses, entertainment reviews and magazine articles,dissertations, sermons and blogs...and I rarely suffer from writer's block. No kidding. Most of the time I know exactly what I'm going to write about and have several other ideas on the back burner as well. What I do suffer from is a lack of time-as many of us do who lead full, active lives. "There is not enough hours in the day" may be a bit  cliched, but nothing else describes it as well. It's not a lack of time management- it's a genuine lack of time.

So today's installment of 15 Days of Thankfulness is going to be a  two-for-one in order to catch up, get on track and bring this project home in a timely manner.

The subject for today is to select 3 friends who inspire me. I'm going to call in my chips and say that I've already written about a lot more than 3 of these people. It's difficult to just pick 3 because so many people have contributed equally toward inspiring me, and the last thing I want to do is to diminish the contribution of some in favor of others- I would never purposely do that.

The real problem I'm having in choosing is that people inspire me in particular areas- the inspiration is compartmentalized. I have been more than  blessed with the friendship of dozens of people who shine in their own way. They illuminate the dark corners of my life in times when I need to see light, and several of them are always there in the background, ready to shine just as the sun comes up at dawn.

My relationship with Jean ( and later her husband, George) began through Scouting. Jean was one of my Scout leaders, so the potential for being someone to look up to was already in place. One would think differently, but the dynamic of our relationship didn't so much change as morph when I reached adulthood. What was there when I was younger became richer and the layers more deeply defined as I earned the right to equality at adulthood. Jean and I can talk about anything- and often do. Mostly I talk and she listens before imparting wisdom. We have the relationship my own mother and I never had and what should have been there but was lost when my grandmother's alcoholism took her elsewhere. The physical distance has not dampened our relationship because we talk long and often.

Melinda has been nothing short of a blessing in my life every since we met online shortly after JD's death. In the days after that fateful day, I made myself available to listen to John's fans who needed a sounding board or someone to help them sort out just why they were morning so deeply for someone they knew only through his music. Melinda was in several discussion threads and we began to communicate regularly several times a week. Except for brief periods, that has continued for the last fourteen years- and like conversations with Jean, no subject is safe from our examination. Melinda and I finally met face to face in Aspen, Co in the fall of 1998 during the first John Denver Memorial Weekend. We each had separate activities planned for the trip, but after picking her up at the airport, I wanted to do give her something I knew no one else could- I wanted to introduce her to the Aspen JD had shared with me, the place that had inspired him to write and sing-and the place he wanted to come home to from all over the world. We drove out to Windstar Ranch in Snowmass when there was no one else there and then up on the mountain so Melinda could see the same vista JD saw at sunset from his beloved backyard in Starwood.And then we had dinner at the Woody Creek Tavern, which (forgive me) is a local dive that JD and I simply adored...we walked the streets of Aspen late at night talking for hours, and by the time we left nearly a week later, we were friends for life.

I still have these two extraordinary women in my life...and for this I am thankful.

Day 12
I have had trouble exactly following the rules for this challenge because so often I don't select the prescribed number of  three Cordelia had in mine when she created this project. Some rules are made to be broken, and I am a rebel at heart. Not following the rules in this case is my way of making the project my own.

Nature often challenges and enlarges my consciousness. I began my spiritual path because I more keenly feel connected to the Sacred when I am outdoors more than any other place. There isn't a place where I have been out in Nature that I have truly disliked- except one particularly cold, wet camping trip near Hawk Mountain where I was soaked through multiple layers of clothing and several layers of skin until I was quite literally frozen when the temperature suddenly dropped after dusk. The lesson that came from that experience was to not be overly confident of my ability to be comfortable in the wild and take nothing for granted. Ever.  There have been many other lessons-Nature is the quintessential teacher.

Maybe it's because I am a Pisces, but I have always had an affinity for water. I will instinctively seek and find a source of water when I am hiking and usually end up on a river bank or the shore of a lake. I am not a touristy seashore person, but I love the ocean, even in the winter. When I lived about an hour from the ocean I loved walking on the beach in March, when the Atlantic was so cold it would burn your skin.

I am intrigued by sights and sounds of  waterfalls. Very often I'm not content to watch and listen- I want to be inside the falling water.  I am truly a fish! The rush of water soothes mind and spirit. Scientifically. moving water givens off negative ions which stabilize alpha rhythms in the brain- that's why we feels so good near a body of water. I will happily walk in the rain, but as I've gotten older I find I don't like the combination of rain and cold. I can take one or the other- not both.

I also love wind for many of the same reasons; I love the song of the wind and the accompanying tangle of dried leaves, clattering bare branches, and dancing of trees. I always feel clean after being in the wind.

For the gift of all of Nature, but especially water and winds, I am thankful.

Posted by AmethJera at 8:11 PM