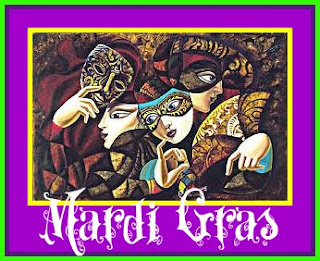 It's rewarding to have faithful readers who comment on my blogs,especially those with questions about cultural or religious  traditions of which they aren't personally familiar. I forget that quite a few of you are from different parts of the country-and some from other parts of the world. In some incidence,decades separate us....it's all good...Cheers for diversity!

Someone wrote asking what was served during a traditional Pancake Supper on Shrove Tuesday. The short answer is besides pancakes, anything you like. Many Churches in the Anglican Communion (like the Protestant Episcopal Church) and Boy Scout Troops sponsor annual Pancake Suppers which include buttermilk pancakes with butter and syrup,sausage, scrambled or fried eggs and fruit cup along with juice,tea or coffee. I have been to home suppers where the pancakes had things like nuts mixed in or were flavored in some way, or the syrups were flavored or jam/jelly was substituted; the eggs were cooked a variety of ways; the sausage was made from any meat you could imagine ( my personal favorite are thick, juicy, pork links seasoned with sage); the fruit was any kind, canned, fresh and often mixed with berries and served with any juice-usually orange or apple. I have been to Shrove Tuesday suppers where the pancakes were crepes with creamed chicken or fruit filling...or waffles. The idea is to include a fat such as butter, a dairy product, flour and sugar: things we enjoy daily, but might be forgoing during the Lenten season. The choice is really yours, and you will be surprised how delicious what we Americans consider as breakfast foods taste when served as the evening meal among friends.

There were also requests for gumbo because some of you aren't familiar with this Southern Gulf stew and are brave souls in the area of culinary exploration. Traditional gumbo is made with okra, which you either love or hate. Okra is an acquired taste if you haven't been raised with it. Actually, it isn't the taste that puts some people off, it's the texture: course with lots of minuscule seeds and exudes a sticky sap-like juice that some folks refer to as, um...slimy. There are a million and one recipes for gumbo and you can put just about anything in any combination into it... and you can even leave the okra out if you want.Adapt the ingredients and seasonings to your liking. I make mine in my trusty Crock Pot which I purchased for $5 at a flea market 20 years ago, and my preferred tastes focuses on the shrimp and Cajun sausage variety. Emeril Laugasse has a stand out version found here:http://www.foodnetwork.com/recipes/emeril-lagasse/emerils-country-file-gumbo-recipe/index.htm.

After Mardi Gras and Shrove Tuesday are over, the serious work of self-examination and sacrifice of the Lenten season begin on Ash Wednesday. Usually, Ash Wednesday services are held just after dawn (at the beginning of day) and are somber rites of  prayers, Psalms, and corporate confession ending with the imposition of  blessed ashes upon the forehead of penitents by a priest . The famous words of  the Bibical book of Genesis 3:19, "Remember  O man, that thou art dust and into dust your shall return"(KJV) are intoned as a reminder of human mortality.The smudge mark or more popular cross, are drawn on the forehead of those participating in the service and making public confession as a visible sign of that mortality.

For the curious or those who are just interested in ritual, the ashes are made from the ashes of palms used during the Palm Sunday procession of the previous year, which are burned and mixed with a little crism-oil blessed and used for anointing- and maybe a drop or so of Holy Water, and made into a paste. A word of warning: don't get it on your clothing, it's greasy and stains everything. The ashes are  usually left upon the forehead until the end of the day, or by some, until it wears off on it's own.( As a  kid, my Catholic friends and I used to have a contest to see who's ashes wore off last....what can I say? We were easily entertained in our innocent youth.) Further FYI: Both the act of imposition and the ashes themselves are known in 'high' (in Pagan terms:ceremonial ) churches as a sacramental- material things and actions created by man and revered as sacred- and not a Sacrament, which is a specific rite or ritual. Read the text to a simple Ash Wednesday service used in the Episcopal Church here:http://www.liturgies.net/Lent/AshWednesday.htm

On Ash Wednesday you spent the day fasting and thinking about all the lousy things you did during the year and asked God for forgiveness.You fasted at least until suppertime, then ate a simple, meatless meal, and spent the next 40 days wishing your had whatever it was you gave up for Lent...at least that's the way it was before Pope John the Twenty-third "opened the doors" of the second Vatican counsel and reformed modern Roman Catholicism.After that point in time, the focus was no longer on abstaining, or  giving up something, but to take something on-a new spiritual practice, a special project- to do something you wouldn't normally do.

My birthday ( March 12th) always falls during Lent. On my 17th birthday, the thing I have up was being Roman Catholic and the thing I took on was being fully Pagan.There's something to be said about Lenten traditions...
Posted by AmethJera at 2:15 AM