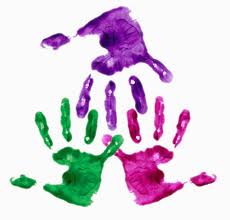 I left the mainstream Church in my teens and over the years developed a self-styled earth-centered path, one that was more attuned with the seasons and the feelings that came out of that. There was a Spirit, a being to Nature, and I wanted to wanted to learn everything I could about that because it was what authentically resonated within me. I didn't have a name for it; I didn't know it had any name, but I knew what I felt. Looking for information to broaden and expand the spiritual bonds that were developing within me lead me to go looking for ways of doing that. I began talking with like minded individuals- and reading. It was through reading that I found a name for what I was creating and experiencing through the everyday rituals I was doing: Witchcraft. No one was more surprised that I-wasn't Witchcraft something evil and wrong? I had a solid religious grounding from the Catholic Church-I rejected the dogma, but I kept the knowledge of how to perform rituals and apply them to my everyday life. I continued my earth-centered spiritual practices all through college, and after finding an appropriate group, joined a teaching coven: I was now officially a witch. It didn't sit well with my friends who were members of mainstream religions-and not just the Christians. My friend Phyllis- herself a student of the Cabala-nearly had a meltdown, " You aren't a witch!" she screamed, " Witches are malleficia. You are a student of the occult."  I was careful not to use the 'W' word in her presence again for years. To this day she still refuses to change her position on the matter, and so do I, yet our care and love for one another overcomes our differences on this fine point.

Just so you know, I love all things spiritual, so much so that I earned a post graduate degree from an Episcopal seminary and entered the ministry. If I could have just spent my days inside the walls of the first church I was assigned to-the diocesan cathedral, no less- I would have been blissfully happy to have spent my time communing with the Divine and saying the Daily Office. But that's not what ministers do; the job and the vocation extends far beyond Sunday morning, and it plops you down in places that  I never imagined. You get to share the joy of welcoming babies into the family and joining the lives of lovers and burying those you never knew you loved until they were gone. You are fully engaged in community if you are working your ministry anything like you should be. Being a cathedral chaplain was the same as being a priestess of the Goddess- there was no delineation. It was all the Mystery of the Spiritual and connection to the Divine- only the names changed. It was easy for me to adapt: I'd gone into the ministry with a background in Jungian psychology, and I understood the concept of archetypes. Same God/dess-many different names.

Over time I grew impatient and tired with the dogma of the Church: the rules and laws couldn't contain my understanding and connection with the Sacred Imminent. I wasn't a Christian: truthfully I doubt I ever truly had been in any sense of fullness of the meaning because I continued my personal form of devotions all through the time I was  an Episcopalian with no sense of conflict due to my existential concept of divinity... and I still called myself a witch.

I left the Church and the communion of like-minded believers of my own accord, knowing that there was still a place-a community- where I could practice my spirituality. The realization that there was a Pagan community ( yes, capital P, proper pronoun) was nothing short of awesome. There were people like me who had developed their own tradition of worship, some who followed the tradition of a specific teacher, others still who incorporated many forms of occult practice to varying degrees into their own form of worship. This is the way that the spiritual journey works, and I believe it's the way all religion should. Whatever you find meaningful, whatever fills you up and makes you feel whole and recognizes the divine within you is good and right. However you accomplish that- whatever brings you to that place, whatever tools you use or deities you work with will help you find your True Name.It's my belief that  being genuine in your desire and true to yourself  is the first lesson to learn before heading off down your personal Path. You have to be willing to take the journey alone because ultimately, it will just be you. There maybe others following a similar Path, but you are the only one taking that particular journey.Your stregnth comes from knowing what is right for you. You are not responsible for the spiritual formation of anyone else. That is the power of the Sacred Priesthood open to all of us in the Blessed Community.

It is not all fuzzy-wuzzy and feel good. Every now and then you trip over something and occasionally you run into a wall. Sometimes you bleed from your wounds. Eventually you learn how to navigate the path without stubbing your toe. You learn to go around any obstacles in your way because nothing is insurmountable. Having to rip that brand new metaphorical cloak you're so fond of into strips in order to bind your wounds, you limp onward, learning a valuable lesson in detachment in the process. There is a great resounding joy in following this Pagan Path...you are free to blaze your own trail because the Divine doesn't come with a user's manual. In theory, we are a community of Fools willing to step off the cliff into the unknown.

Most important in the formation of community is cohesion, which binds it together. In every community there is always something which is at its core, some thing that is shared.Undeniably  at the core of the Pagan community is individuality to explore, self and other worthiness, and the freedom of creativity. The connection to the gods is limitless in manner and method because the Divine is within each of us, and we are called to recognize the Sacred Mystery there. We have many names for this and many names for ourselves, but I believe we still share those core values as a community. Moving away from those core values takes us out of the authentic community into a pseudo sub-community of chaos where people freely display their 'shadow' selves in a negative manner outside the Divine.The process of deep respect and true listening for the needs of the other people in this community is often sadly lost. The dictation of the ego rises up and consumes us: we lose the ability to listen and give respect.This how the Blessed Community becomes wounded and broken. The battle turns from inside us to one another, and it is a war we will loose in one way or another, because the Blessed Community comes apart at it's foundations because we have allowed it.

Why does it only take a trifling poor excuse like the recent flame fest over the declaration by Christian Day of Salem that he is attempting to rehabilitate the word 'warlock' out of the common vernacular, and as of now choosing to identify as such. There was a major uproar in the Pagan community over what a single individual asked to be called. Isn't this  the community where others have felt free to identify as werewolves, vampires,nightkind, a variety of daemons, reincarnated historical figures and to have Fae-blood- and we have all for the most part sat back and given them the right to do so because we felt we didn't have the right to tell them what to call themselves? There are all sorts of negative connotations connected with those words, too, and we are freaking out about one person wanting to identify as a warlock? Why is this any more controversial than any of the aforementioned, and more importantly,if we are walking our own Path authentically why should we really care? If Christian Day has intentionally chosen to select an identity for himself with more baggage than a passenger train he is free to do so because it is his right: it doesn't mean anyone has to agree or approve. This should have not caused a rift in the community and by now-weeks later-it should be a dead issue. I assure you that for the general public, this is a non-issue and has been forgotten...but our reaction to it has made the Pagan community look like a bunch of petty whiners to the outside world. Put away your Old English Dictionaries, intellectual treatises, and get down off your soapboxes, and take a look around at the damage we have caused ourselves.


For those of us who have thrown off the mantle of mainstream religion, this looks, sounds and feels too close to the stymieing pall of dogma. And I, for one, will have none of it. It's time to tuck away our egos and move on. I find it disheartening that there is a tragedy of epic proportions on the other side of the world that we should be focusing our energy on and instead we are willing to give over our personal power to this subject. There are much more serious issues at hand that should command our attention than what one person in the community chooses to call himself.

Building a community is easy, maintaining it is difficult. Healing it through concentrated effort is a simple action: develop that sense of tolerance you accuse your former faith community of lacking. If we of the Beloved Community are intolerant of those who's truth is different than our own chosen truth, then why do we expect others to do likewise for us?

Posted by AmethJera at 5:07 AM