In Memory They Dwell

I've awakened to the heady aroma of  fried chicken many a Memorial Day; it was the day when we took the long drive to tend the grave of my maternal great-grandparents in a little country church yard in Johnstown, MD. It was real homemade friend chicken, dipped in egg wash and then floured and dropped in hot fat in a heavy cast iron pan- none of the KFC stuff. Mom would cook for hours before we packed up for the annual journey to the Eastern Shore to do some serious ancestor worship. Mom's sister and husband would join in, and we'd all meet up at the churchyard  right around noon. 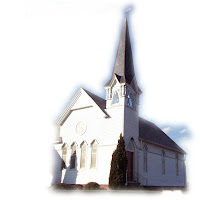 I never knew my great-grand parents; they both died in the 1930's after a hard-scrabble life of farming. I still have a photograph of my great-grand father sitting on an ancient plow, the reins of two nonplussed mules in his hands. He had a huge, shaggy mustache that hung down at the corners of his mouth and wore what I suspect all the other farmers in the area wore-a pair of heavy twill pants held up by suspenders, baggy white shirt, and rumpled hat. The face that proudly and defiantly stares back at the camera is weather-worn and sunburned. His small, bird-like eyes were set in his head like marbles and you can see the shine in them even in the faded and cracked photograph. The single photograph of my great-grandmother was taken with her sister, and both of them wore long cotton prairie-style dresses and white aprons and their hair piled up on their heads. Their thin, angular faces peer forward through the ages, as if looking at future generations to come. You can see the Scot-Irish in them; my grandmother and her siblings favored Florence more than Warren Bailey. I often wonder how they came to live in this tiny Maryland town just off the Chesapeake Bay. The only thing I do know is that my grandmother was born in a log house a few miles away and she attended a one room school house called Finger Board School up to the third grade, when she was brought home to help on the farm. Their entire world as far as I know centered in this area, and they never left-even when they died. Thinking back on the years we dutifully and lovingly tended their grave, I could feel their presence strongly. I think my love and fascination cemeteries began in that isolated church yard surrounded by cornfields.

I never had more of a feeling of roots or family than I did while we were gathered together to mow the grass, weed, and dig in the soil of my great-grandparent's grave. There were three tall rosebushes planted atop the plot within a couple of feet of the tall headstone they shared, and my  great uncle would carefully dig around the bottom of the bushes and work an even  measure of bone meal and dried blood into the dirt, then spread a bag of mulch from one end of the grave to the other. It was the prettiest grave in the churchyard. When we were finished prettying up the grave, we'd stand back and admire our work- I can't believe no one thought to ever take a photograph all the years we did this. There was a feeling of timelessness,that we'd be coming here to tend the grave for the rest of our lives. Afterward, all the garden tools, bags of peat moss, bone meal, soil nutrients and canvas gloves would be packed away, we'd wash our hands with water brought from home in gallon pickle jar, and settle in for the best picnic meal of the season. Mom would pull out a huge batch of fried chicken, coleslaw, potato salad, green beans, deviled eggs, and whatever else she and her sister made for the trip. Dessert was always a carton of Horne and Hardart's tapioca pudding bought fresh from the automat cafeteria  in downtown, where my great aunt worked in a department store.

While the adults finished their meal and shared some cold beer, I'd wander around the graveyard to admire the floral arrangements people had left their deceased loved ones for 'Decoration Day'. Even though Memorial Day was primarily to honor the war dead, folks in our part of the country trimmed the graves of all their loved ones because to do so in November at All Saints Day meant braving the cold and ice, and neither the road or the dirt driveway of the white-clapboard Methodist Church would be accessible during winter because there would most likely be snow on the ground. I'd spend about an hour checking out the graves in both the new 'section', where my great-grand parents were buried, and in the much older part on the far side of the church where the graves were settled and sunk in. Many of those graves were unattended because the immediate members of the residents families were occupying the newer section of the church yard themselves and either the families died out or moved from the area. At the age of 13 I 'adopted' the grave of a boy named Eugene my age who had died a hundred years before I was born. I'd brought a small bouquet of plastic flowers to push into the ground in front of the slanting stone marker, and that small act of remembrance made me feel good. I wondered if there had been anyone to shed tears for this young man in the century after his death, and with that question I shed my own. I still don't know why I really chose that particular grave, but I do feel I had been lead there to discover it. The small headstone with the weeping willow was half-buried in the ground and leaning forward at an odd angle which made it difficult to see even when you were nearly standing on it. I don't believe it was a coincidence that I found that particular grave and bonded with Eugene's spirit because throughout the remainder of my adolescence, whenever I felt like a lonely and inept teenager, I thought of him.

When my grandfather and great uncle died and I was the lone driver in the family, I took my grandmother and her sister to 'visit' their parent's grave at Johnstown. When we  pulled into the new gravel parking lot of the church I was struck by the Thomas Wolfe quote" You can never go home again." That year the church trustees had voted to institute perpetual care for their cemetery, and all the things that were distinctive about individual graves were removed from the site. The rosebushes of my childhood were gone and replaced by new sod. Not only were the picnic tables gone, but two of the huge oak trees we used to eat under had been cut down to make room for the creation of a  parking area just a few feet from my great-grandparents headstone. I left Mom and her sister alone for a few minutes and walked to the older part of the cemetery on the other side of the church. I couldn't find Eugene's grave: the marker was gone. At that moment I realized I was standing at the dawn of a new era, and I wasn't sure I liked it. No one else in the family knew where Florence and Warren were buried, no one knew where the stand of trees stood, or where the log house Mom was born in was located and the only reason anyone could still find Finger Board School was because there was a historical maker for it two miles away from the actual site. All this knowledge of family history now resided solely with me; my scattered siblings and cousins had never been here and never took the time to learn where their great-grand parents were buried.

I haven't been back to Johnstown in over a decade.I decided that the love and care that was lavished on that place would last a lifetime.The graveyard of my childhood no longer existed. The rosebushes were gone, preserved in memory of a time and a place long gone.

This is a story about people who I never knew but whose memory lives now in my memory. But there is a bit more to the story. A five years after my grandmother died I did an internship in a unique place, a piece of farm land set aside to create a community for those very much still alive but forgotten in our society who were homeless. The program gave shelter and a home to men and women who had been largely cast out by society and would have been otherwise adrift if not anchored to this sense of place. I spent an entire summer in residence there as a chaplain and spiritual director while I was trying to decide what to do with the rest of my life. It was less than a mile from where my great-grand parents are buried, and I could see the steeple of the church across a corn field. It was strangely comforting that their grave was so near, and I would watch the moon rise over that steeple and see the shadow of the corn at night.

During that summer, my elderly familiar Tinker died, and I buried her 17 steps north of a large tree next to the chapel over looking a meadow. Before I said a final good bye to my companion of 18 years, I removed my sterling silver pentagram bracelet and placed it around her thin neck, and I anointed her and gave her over to the loving care of Bast. Digging that small grave was one of the hardest things I have ever done. I intended for that grave to be temporary until I could afford to have her body exhumed and cremated. A prayer stick with a feather marked her grave for the rest of that summer as I mourned. When I left, the grass had grown in and was green. I have never returned, for which I have a great deal of regret. I didn't want to leave her body among strangers but I realize that her spirit is with me still, just as the spirit of my ancestors live in me, and that she shares the nearby soil with them.
Posted by AmethJera at 7:29 AM