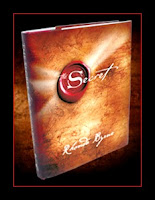 The much acclaimed, run away bestseller self-help book ( later an equally successful DVD) The Secret caused a sensation in 2006. It was authored by Rhonda Byrne, a writer and producer for Australian TV,whose most significant prior claim to fame at that point was a documentary spotlighting commercials in her homeland. Byrne takes credit for  'discovering' the Law of Attraction, which she gleefully told Oprah she found in an ancient text (actually it was from "The Science of Getting Rich" written in 1910 by Wallace D. Wattles http://en.wikipedia.org/wiki/Wallace_Wattles). This ' little known universal law' taught you how to bring every thing you ever wanted and desired to you by simply focusing on it. Her epiphany was also influenced by Occultist and New Thought pioneer William Walker Atkinson, who also wrote under the pseudonyms Theron Q. Dumont and Yogi Ramacharaka. The fact that Atkinson wrote under so varied and assortment of pseudonyms and was  an intensely private person makes him largely forgotten in in the occult community despite his catalog of over 100 books being in print since 1900. He shared his interest in Oriental occultism with many Transcendentalists of his time, most notably the founder of the Theosophical Society, Madam Helen Blavatsky. A biography and extensive listing of his work can be found athttp://en.wikipedia.org/wiki/William_Walker_Atkinson. 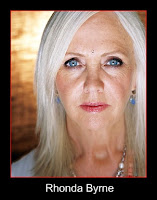 Byrne's  recommendation from The Secret for weight loss is to avoid looking at fat people because doing so makes you fat.
I'm not making this up-This is a direct quote from the book: "If you see people who are overweight, do not observe them, but immediately switch your mind to the picture of you in your perfect body and feel it." Not only is this statement heavily dripping in silly New Age psychobabble, it's thinly a veiled personal prejudice against a particular segment of the population. What Byrne is implying is that it's not your fault if you're overweight from lousy eating habits, lack of exercise or medical reasons, you've become fat by second intention through mere observation. Basically she's claiming some sort of metaphysical osmosis, or that maleficus fat people cast their curse on you through a version of the evil eye. Okay, I have to stop thinking about this now because I keep spewing coffee out of my nose. Sorry.

The media sensation contains 'knowledge' from roughly two dozen New Thought/New Age wisdom keepers who are referred to in a stroke of marketing genius as "visionaries" and "philosophers". I mean, come on...admit it, who wouldn't love to see the modern day version of  St. Paul or Aristotle expounding their personal wisdom for the camera? It's the next best thing to touching the hem of their garment and being magically healed.
I remember being riveted to the screen while watching the DVD of The Secret for the first time as I awaited the singular moment when I would be privileged to have The Secret presented to me on a sacred papyrus scroll by heavenly messengers...Not really, but I do admit that the build-up to the slickly packaged presentation impressed even me, and that's saying something. The line-up of sages eager to drop their bomb of enlightenment upon the unwashed rabble was also impressive, if only for their sheer numbers and breath of diverse theology. Yes, my finely honed bullshit detector was being continuously being tripped as the parade of snake oil  salesmen flashed by extolling the virtues of their exclusive take on The Secret, but it was like a metaphysical train wreck and I couldn't take my eyes off it. I could see immediately the appeal of this audio/visual assault of feel goodness because we humans, and Americans in particular are always searching for something to 'fix' us and make us more attractive to our fellow human beings. Exclusive knowledge and elitism always wins us over when the superficiality of physical beauty fails.
The Secret is full to the rim in a Holy Grail kind of way with physically attractive (or at least interesting-looking) people who present themselves as professional, sincere and reasonably intelligent and who only have your best interest at heart. There are enough 'experts' who are vaguely familiar to most of the media savvy public to lend an aura of authenticity and a smidgen of credibility and to the project-like Jack Canfield and Marci Shimoff of Chicken Soup for the Soul fame, the Rev.Michael Beckwith of  Agape International Spiritual Center, Life coach and author of the internationally acclaimed book You Were Born Rich Bob Proctor, Neale Donald Walsh of Conversations With God fame, Psychologist John Gray who dominated Oprah's Book Club with the groundbreaking Men Are From Mars, Women Are From Venus.
The second string included meta-physician Joe Vitale, Denis Waitley, a consultant on 'high performance human achievement' for NASA and the Olympic Games and the now much more infamously notable James Arthur Ray, who's currently a defendant on Court TV for his system of human potential training employing a bastardized version of Native American sweat lodges that caused the death of several participants. And let's not forget the fabulously trendy spirit channel JZ Knight, the control of a 25,000 year old entity named Ramtha, the sum of whose teaching is " You are God ". Ramtha has his own School of Enlightenment, coincidentally called Ramtha's School of Enlightenment. (http://www.ramtha.com) Before Ramtha jumped on board with the other purveyors of The Secret, we basically hadn't heard from him since the 80's, when  he made headlines by spiritually guiding actresses Linda Evans- the female lead in the TV series Dallas- who was the much older live-in paramour of New Age composer and musician Yanni and the wonderfully entertaining Shirley McLaine, herself a New Age guru of sorts. ( For the record, I find the long pipe-smoking, hoarse-voiced Ramtha a bit creepy, myself.)
All was not positive and harmonious during the making of The Secret, when psychic medium Ester Hick's and her channel entity Abraham bailed from the project due to a snag in marketing philosophies with  Byrne and some of the other members of the cast. It seemed Hicks and Abraham does well enough on her/ his own, and has a rather large following of their own, much to the chagrin of the elite Secret-mongering cabal, which prompted rumors of  plagiarism and jealousy. I have seen both versions of the Secret-the one without Hicks is the most common, but the more rare and nearly obsolete version containing a session with Abraham is far superior and leads me to believe the rumors leading to the split are true

Being Wiccan, I was well acquainted with the Law of Attraction. Marion Weinstein wrote extensively about it in her classic book Positive Magic; specifically in the chapter entitled "Words of Power, The Work of Self Transformation." This is a book about witchcraft that says to ask the Universe for what you want and need, but don't be demanding and unreasonable...and be prepared to work at whatever it takes to get it.


In other words, be prepared to work hard to fulfill your needs and desire.

The Secret nowhere mentions  working toward your goal. Instead, it has a lot of goofy advice from Byrne in the same vein as what she believes about fat people. It says to tell the Universe what you want and sit back for the expected results.  It basically encourages you to ride in on a flurry of expectation, dump off your list of demands , and visualize your hand out waiting for the All Knowing to fill your palm with goodies. That's all there is to it-think it and it will be so, and while you're at it, dream big! 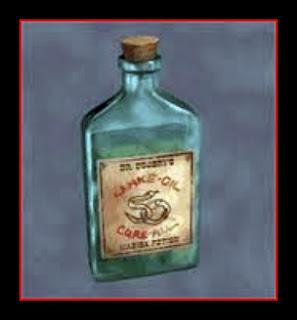 For a reason I'm still trying to fathom, The Secret managed to take hold in the counseling and Mental Health community with the furor of a tornado. Friends and colleagues who are well- known in their respective niches of therapeutic and spiritual practice began recommending The Secret  as a type of panacea. Many were dazzled by the marketing but were genuinely sold on the premise of positive thinking and wanted unabashedly for their clients to reap the benefits of the success it promised. These weren't bad things for someone in the helping profession to want for the people who came to them for help and trusted them to assist them in getting well, but in retrospect, it was reckless and foolhardy. For many clients and their well-meaning counselors, it was delusion and disappointment on a grand scale. Few professionals took a step back and questioned the validity of The Secret and even fewer sought to verify the effectiveness of the methods being touted by a smattering of largely unknown New Age gurus.  I was among the handful of counselors to whom this  was professionally and ethically inconceivable. Not tooting my own horn here about being exceptionally wise or anything else- it just didn't click with my training, experience or what formed my philosophy and theology.

Initially there were reports of success from the counseling community and The Secret seemed to be the  psychological version of the magic bullet and philosopher's egg rolled into one.  Therapists treating those with clinical depression who enthusiastically recommended The Secret at first noted a positive upturn in their clients' condition, but then  many of those same clients were literally 'crashing and burning', becoming more deeply depressed then before when Byrne & Company's  version of the  Law of Attraction turned into Epic Fail . It seemed too good to be true...and it was.. The wishful thinking of those who were so desperate to find something- anything- to help them get better watched their resolve crumble into dust when the results failed to materialize... no matter how hard they projected their desires into the Universe.

Then the same therapeutics community that had so enthusiastically embraced The Secret earlier were now not only throwing down cautions, they were warning that the advise it gave was damaging. Even some of The Secret's own experts were having second thoughts or back pedaling. "I love 'The Secret' but I also think it's missing a couple things," said Joe Vitale. "If I were producing it, I would have added something more about serving others." Which goes along the same lines as Marion Weinstein's Words of Power in  asking for "just enough" with the intention of not causing hardship for others by your personal gain. " Do you really want a million dollars?" she asks, " Or do you want the happiness you think it will bring you?"


The main problem with the Secret, as I see it, is the very human tendency for self-blame when things don't  work. And frankly, how ever strongly you and I believe in something, and no matter what we ask the Universe or project into it, or crawl on our knees to God, or how many anointed candles we burn or spells we cast...sometimes things simply don't happen like we want them to...and sometimes they don't happen at all. That's a devastating blow to the already fragile self esteem of someone who has bought into the idea of simple wishful thinking to change their situation...sometimes so much so that it ends up being fatal. 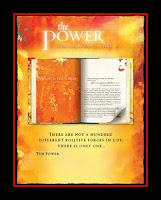 So, you're probably wondering why I've put so much energy into flogging the secret behind The Secret: it's because there's a new spawn that's sprung forth from it called The Power. In The Power, Rhonda Byrne shares all the metaphysical knowledge she's learned in the last five years since the release of The Secret. Which she happily asserts, will make The Secret work better for all of us. Not that The Secret no longer works, it just works better combined with The Power... And guess what? You don't have to know about The Secret before using The Power, because it is completely new system unto its self.

I say, watch your step and don't slip and fall in the snake oil.

Posted by AmethJera at 1:07 AM