Every so often I need to tie up some loose ends-how I feel about things I've written about previously and those I'm currently giving thought to which don't merit devoting an entire blog space to on their own. For me, it works a bit like making a bow on a package, or making sure my show laces are fastened so I can walk without continuing to stumble.


When I was studying Jungian psychology in the 70's  (doesn't that make me sound positively creaky and old?!) I was part of a group called Centerpoint, where we were assigned weekly lesson plans to read and digest, then met to discuss. We would occasionally go back and examine something with new eyes; our coterie leader called it a 'revisit'. I think revisiting things is an excellent idea, because it shows how your original perception has changed over time and you can see how you've grown. You can check your life's course by revisiting various subjects in your journal or diary- today I'm going to do it with my blog, because there are some things that merit further examination or commentary for me. 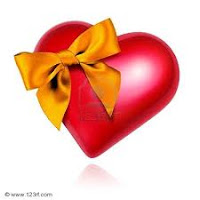 I address the issue of religious intolerance so often that I feel like I'm stuck in a rut. Just as things seem to die down, something happens to stir the pot and we're back up to a boil in no time. Such is the case with the recent personal attack on fellow blogger Mrs. B. Her blog, Confessions of a Pagan Soccer Mom is in the running for an award for best faith blog over at Circle of Moms. Kris Bradley writes with integrity and a biting wit and her blog has major readership. The other day she and other Pagan writers were callously attacked by another blog writer nominated for the same award. This particular writer happens to be a funda-
mentalist Christian and referred not only to Mr.s B and company as "evil", but had the audacity to actually say that a " different faith is the wrong faith", then enlisted her cronies to join in a flame fest which included praying for the 'poor children' of the Pagan mothers. When readers of diverse faiths at Circle of Moms complained about the obvious lack of her journalistic integrity, the blogger in question got her sackcloth panties in a twist and  allegedly withdrew her blog on her own citing the reason as "not wanting to compete with her fellow sisters in Christ" and a disjointed ramble about how Christianity was jumbled with Paganism and she was no longer proud to be a part of the contest. I am left wondering if this writer was actually narcissistic enough to think she was that much more superior than her beloved sisters in faith, or if she was threatened by the fact that one of them might actually win the competition. Boo-hoo and pass the sour grapes. I don't care who you are or what spiritual practice you keep, this was just  inexcusably insensitive and hateful coming from a supposed person of faith.

In another case of wanton disregard of diversity, Huffington Post contributor Thenuis Bates wrote a piece back in February about a new booklet approved by the Vatican that teaches Catholics how to convert witches to their faith. In Wicca and Witchcraft: Understanding the Dangers, Catholics are taught how to evangelize to those in the Craft by engaging them in subjects of interest such as environmental issues with the intent of subtly switching the subject to conversion. The book highlights pointers from a former witch turned crusader for the faith Elizabeth Dodd, who advises: "The use of magic, the practice of witchcraft, offends God because it is rooted in our sinful and fallen nature... It attempts to usurp God."http://www.aolnews.com/2011/02/04/catholic-church-issues-guide-on-how-to-convert-witches/?a_dgi=aolshare_facebook

I need to interject my own take on the two above situations, because I believe they are, oddly enough, related through the curse of intolerance. I am a Pagan who believes in the divinity of Jesus,envisioning his godly empowerment to call all of us beyond our borders. It is abhorrent to me that there is still a belief that exists today  that every baby born in the world is tainted with the stain of original sin and that there are some who expend great energy on the presumed depravity and hopelessness of this world when they could be seeing the Divine in one another and all of God's creation. 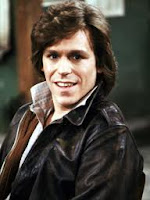 Actor Jeff Conaway, who played the character of  lovable wannabe actor/playboy Bobby Wheeler on the TV series Taxi and was featured in the movie version of  Grease, died today after being removed from life-support. Conaway chose the route of alcohol and drugs to help him deal with emotional trauma from his childhood and later physical injury. Singer Richard Marx, former front man for the group Mister Mister wrote a touchingly poignant Facebook Note recalling his association with Conaway over the years and his regret on several occasions that he didn't renew his faded friendship with the troubled actor while there still may have been time to make a difference in his life. I have always thought of Marx as an astonishingly spiritual man who lives out the tenets of  Buddhism with a confident grace. After reading his afterthoughts on Conaway, I now know that my instinct about him was correct and true. I urge you to read his words on his FB page. Regrets are always a day late and many, and we can't always help everyone, but thankfully there are still people like Richard Marx who can see good in the depths of darkness and have faith in the power of goodness. I bow in honor to him.

Maybe Marx was influential in my personal Rock God Muse Rick Springfield taking a 'vacation' from alcohol and moving toward getting his life back together after his recent DUI in Malibu. TMZ, the bane of celebrity existence, reported less than a week after Rick's arrest that he allegedly threatened to kill the deputy sheriff who stopped him because the cop said he was going to have his custom Corvette towed from the scene. The response from Springfield's camp wasn't to deny that the statement was made, but to be righteously indignant that confidential information was leaked from the sheriff's department about the case. The remark, by the way, was not noted by the arresting officer in the official report, so there is no actual proof it was even uttered- other than by the response by Springfield's publicist, which manages to give credence to the story. I'm not going to make any excuses for Rick's behavior that day, but the fact is that even the most mild-mannered of us are prone to make outlandish, stupid remarks while under the influence. Speaking from 25 years of experience in EMS, I can honestly tell you that police officers and paramedics hear stuff like that from intoxicated individuals everyday and ignore it because they know it's the booze talking. Me thinks that if this bit of information even has a scintilla of truth to it than someone at the sheriff's department needs an administrative leave and Rick needs a  new publicist with a bit more tact and professional skill. 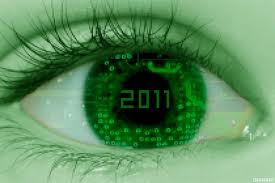 Flipping to another page...

I'm not usually in the prediction business, but since I did post a blog about that very thing in January, I want to touch briefly on some of the things that have happened since then that might just be coincidence...or maybe I really was on to something...

In the list I mentioned devastating fires in Australia that would effect the ecosystem and cause wide spread flooding: Australia did indeed experience wildfires and and floods in the Queensland area earlier this year. I also mentioned flooding in the region of middle America, which has certainly happened with the recent overflow of the Mississippi in the past few weeks.  One of the points in my post was that there would be several trail derailments in the Southern US, and there were derailments in Alabama, Virginia and a train headed to North Carolina derailed in Ohio.  Trains derail all the time, but that these were so specifically related to the South has me scratching my head. I'd  added the nearly obligatory "every body does it" celebrity death prediction to the list, and we did loose the fabulous Elizabeth Taylor and Jeff Conaway who was an 80's cultural icon rather unexpectedly.These two were very much beloved each in their own way. The final prediction I'd like to point out was about pharmaceutical companies having to admit that they are closer to curing various cancers due to a leak in their security, and there has been a story circulating in the alternative health news circles about a breakthrough  that was leaked a month or so back.

Coincidences ? I'm not taking any credit, but when something does happen, I dig out the list to check, and some things do make me wonder. As an ending note, I did totally blow predicting the end of the world...which didn't happen. Oh, wait...if you don't predict something that doesn't happen, do the double negatives make you correct? Maybe I wasn't wrong on that one.....


(Oh, one last note...See the little tag that I've been using at the bottom of my posts? That's because some not-so-nice person not only deleted all the comments that you good  folks took the time and effort to make on my blog at one point, but also stole my work and reprinted it on their site pretending to be me. So I've learned to Google myself and not be so trusting. Theft is one of those things the Universe takes care of with bad karma in due time. Until then, I have copyrighted and tag everything I write.)

Posted by AmethJera at 7:03 AM